During the talks in Seoul, Won congratulated Paparo on his inauguration and exchanged views on the security situation on the Korean Peninsula, according to the JCS.

"We will further develop cooperative relations with the pacific fleet to militarily support the two governments' efforts for the complete denuclearization of and establishment of lasting peace on the Korean Peninsula," Won said.

Calling South Korea the "strongest ally," the admiral said their "close cooperation is critical to maintain regional peace and stability," and stressed the importance of close communication to strengthen their combined defense posture.

Paparo's Seoul visit was his first since assuming command in May. 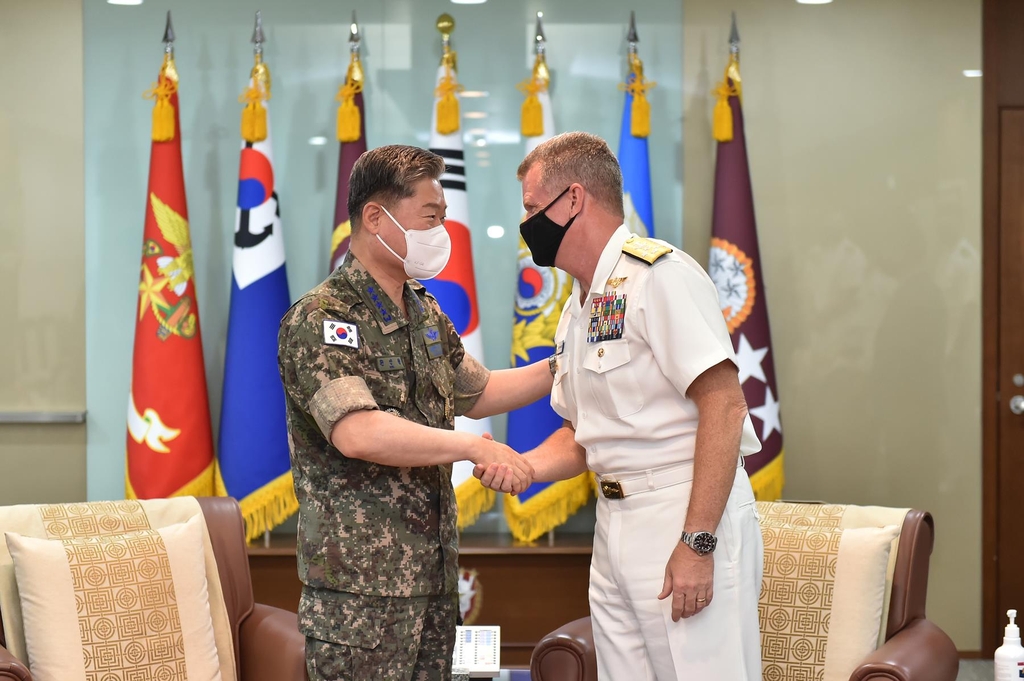