SEOUL, June 10 (Yonhap) -- A producer of a popular K-pop audition program was sentenced to one year in prison for rigging the show's vote results in determining the final winners, a court ruled Thursday.

The Seoul Central District Court delivered the sentence to the producer, surnamed Kim, one of the creators of Mnet's 2017 show "Idol School,' on charges of obstruction of business. He was arrested in court.

Kim was indicted in July for manipulating the vote outcome of the program on Mnet, part of South Korean entertainment giant CJ ENM, together with a senior Mnet manager.

The manager, who was also indicted, was handed a 10 million won (US$8,960) fine as the court deemed him an accessory, not an accomplice of the crime.

"The producer's action led to the deception of viewers and damaged their trust by harming the fairness of the program," the court said.

"Idol School" aired from July to September 2017 to select members to debut a nine-member girl group, fromis 9, based on popularity votes by viewers. Despite the scandal, the group has stayed active in the K-pop scene.

It was one of several of Mnet's shows revealed to have rigged vote results in favor of certain contenders, which also included the popular "Produce" series. Two producers of the "Produce" series have also been sentenced to jail in a separate case. 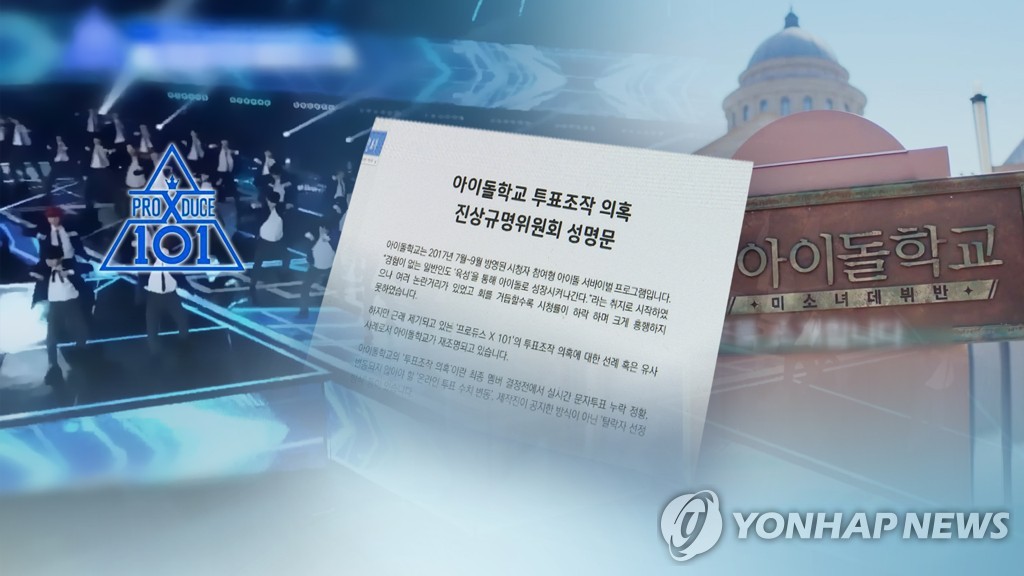