SEOUL, June 10 (Yonhap) -- The Board of Audit and Inspection of Korea (BAI) on Thursday turned down the main opposition party's request to inspect all the party's sitting lawmakers for potential illegal real estate dealings in connection with a public sector land speculation scandal.

"BAI is informing (you) that we cannot carry out (the inspection)," the state agency said in an official response to the People Power Party (PPP), one day after the party submitted a letter requesting an investigation.

Amid public uproar over a far-reaching real estate speculation scandal involving employees of the state land developer, the Korea Land & Housing Corp. (LH), and other civil servants, the PPP asked the state audit agency to look into property dealings of all its 102 lawmakers.

The request, however, came under criticism as BAI, upon hearing on the PPP's plan to submit it, warned on Wednesday that an inspection into lawmakers falls out of the scope of its mandate.

BAI reiterated its stance in a press release on Thursday, saying a law governing the status of the agency puts civil servants belonging to the National Assembly and legal courts out of the scope of its inspection.

"BAI should perform its duties within the limit and capacity defined by the Constitution and the (relevant) law, even in the case a lawmaker voluntarily gives (his or her) consent to come under a probe by BAI," it said, rejecting the request.

As criticism arose over its move, the PPP said it would consider asking the Anti-Corruption and Civil Rights Commission to conduct the probe if its request with BAI is rejected.

Earlier this week, the ruling Democratic Party (DP) recommended 12 of its sitting lawmakers leave the party voluntarily after the commission raised allegations of illegal property dealings against them. The PPP had, however, shunned the anti-corruption commission, currently head by a former DP lawmaker. 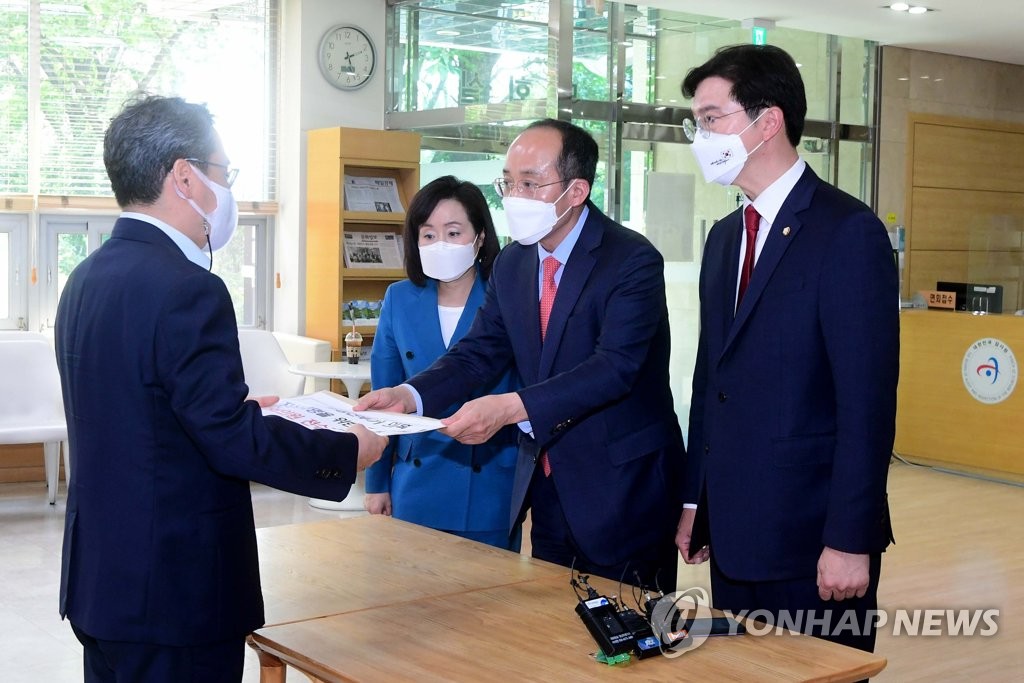