SEOUL, June 11 (Yonhap) -- South Korea will prepare for an "orderly" exit from the pandemic-era monetary easing policy if an economic recovery remains solid, the head of the Bank of Korea (BOK) said Friday.

It was the second time in a month that BOK Gov. Lee Ju-yeol hinted at the normalization of monetary policy amid market concerns about the U.S. Federal Reserve's tapering.

"If our economy is expected to continue its solid pace of recovery, we will orderly normalize the current easing of monetary policy at an appropriate time," Lee told a meeting to mark the 71st anniversary of the BOK's foundation.

The timing of normalization will depend on the pace of economic recovery, the situation of COVID-19 and risks of financial imbalances, Lee said.

Volatility in financial markets at home and abroad is likely to grow as accelerating inflation could force central banks around the world to withdraw their pandemic-era stimulus measures, Lee said. 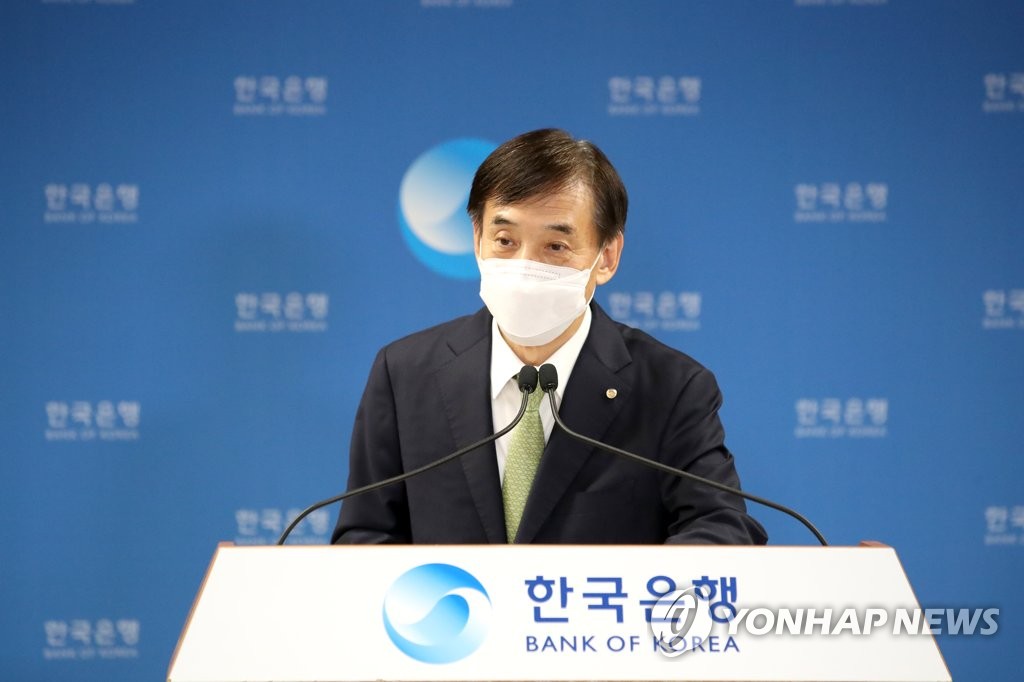 The BOK has raised its forecast on inflation to 1.8 percent this year, compared with its earlier forecast of 1.3 percent.

In May, South Korea's consumer prices grew at the fastest pace in more than nine years on higher prices of farm and oil products, underscoring that inflationary pressure is building up.

Exports, which account for about half of the nation's gross domestic production, shot up 45.6 percent on-year in May due to strong overseas demand for chips amid the global economic recovery, following a 41.1 percent jump in April.

To boost the pandemic-hit economy, the BOK cut the key rate to the all-time low of 0.5 percent in May last year after delivering an emergency rate cut of half a percentage point in March last year.