SEOUL, June 11 (Yonhap) -- A scheduled policy meeting between the ruling Democratic Party (DP) and the government was canceled Friday after an aide of DP Chairman Song Young-gil was confirmed to have COVID-19.

"An aide of Chairman Song tested positive for COVID-19 this morning. We're aware that a member of the Seoul city council who the aide met Wednesday also tested positive," a DP official said.

Following the news, the party called off its scheduled policy coordination meeting with senior government officials at the National Assembly. Song also canceled his schedule for the day and underwent testing for COVID-19. 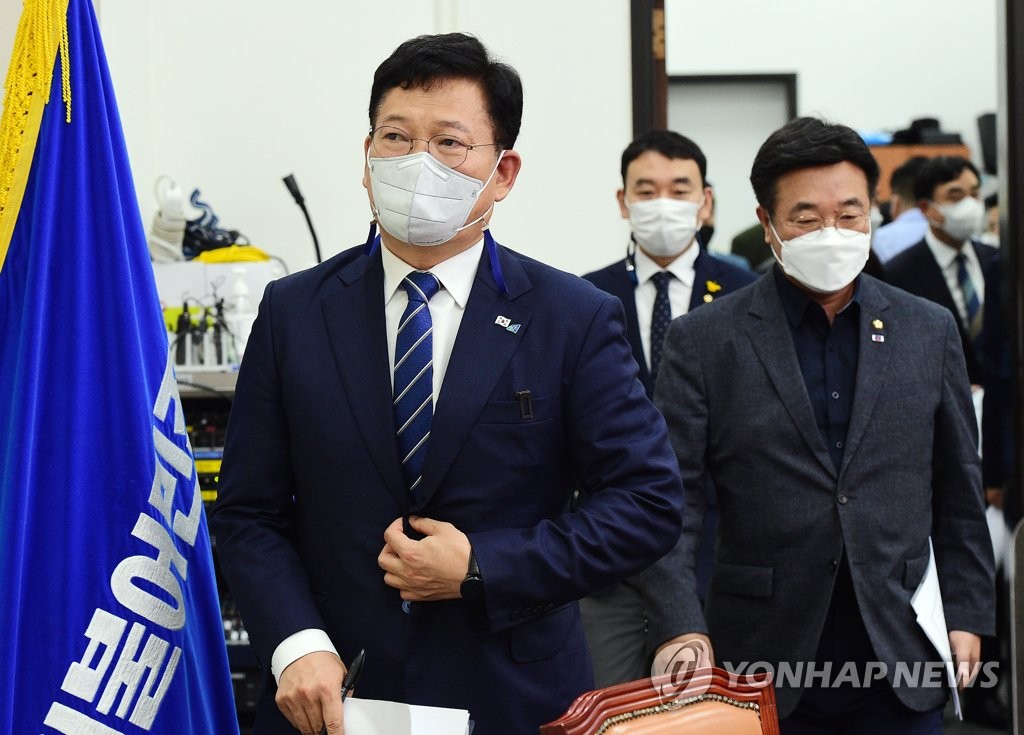 "Those who participated in the meeting of DP-affiliated mayors and governors hosted by Song on Thursday should also follow state antivirus guidelines," the party official said.

Later on Thursday, DP Rep. Ahn Gyu-back tested positive for the coronavirus, becoming the second sitting legislator to be diagnosed with COVID-19 after Rep. Lee Gae-ho of the same party tested positive in April.