In his acceptance speech, Lee highlighted his vision to reform the party and secure the party's victory in the upcoming presidential election.

"Through changes, we will transform ourselves and eventually win (the election)," Lee said. "Please join us on the road to change the world and smash the inertia (in the party) and prejudices. Then the world will be changed."

Lee also declared that winning the presidency in the 2022 election is the PPP's "biggest task." 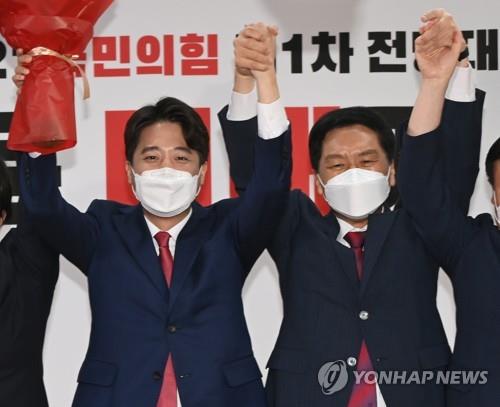 His landslide victory dealt a crushing blow to two established senior party members who ran in the leadership election -- former four-term lawmaker Na and incumbent five-term Rep. Joo Ho-young, both of whom served as floor leaders. 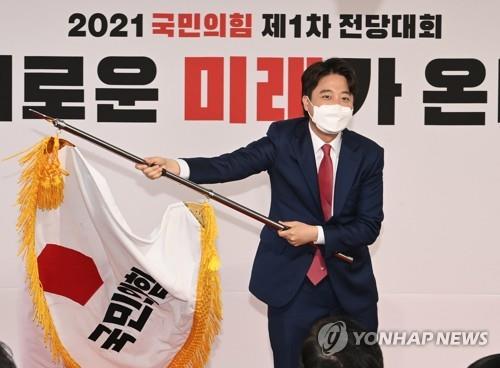