Daily virus cases stayed in the 400s on Monday and Tuesday but spiked to the 600 range on Wednesday and Thursday.

The country added two more deaths, raising the death toll to 1,981. The fatality rate was 1.35 percent. 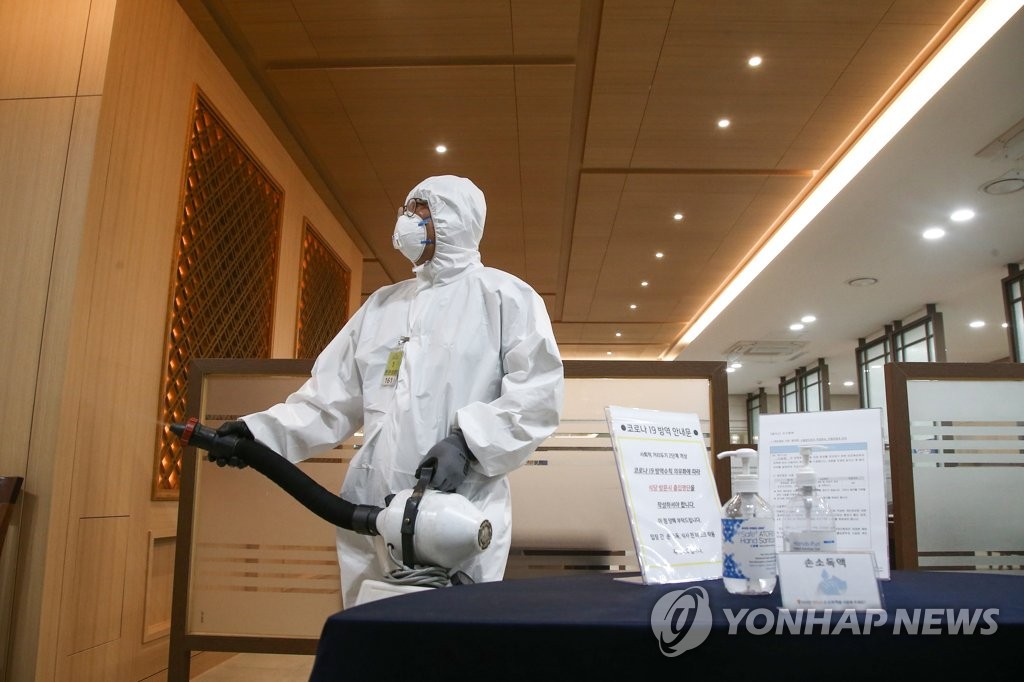 Health authorities said the current distancing rules will be extended until July 4. Currently, the greater Seoul area, the city of Daegu and Jeju are under the Level 2 distancing in the five-level scheme, while the rest of the country is under Level 1.5 along with the ban of private gatherings of five or more people.

But some virus curbs on sports facilities and concert halls will be eased starting Monday.

Outdoor sports venues, such as baseball parks and football stadiums, under Level 2 are allowed to fill 30 percent of their seating capacity, while the attendance cap for such facilities under Level 1.5 will be expanded to 50 percent. Concert halls will be able to accommodate up to 4,000 people.

Under the new four-tier distancing scheme set to be introduced next month, the authorities plan to ease business curfews, with restaurants and entertainment facilities in greater Seoul permitted to operate until midnight, an extension from the current limit of 10 p.m.

"Even if relaxed distancing measures are enforced, we do not expect a surge in virus cases in the greater Seoul area," Yoon Tae-ho, a senior health official, said.

A total of 10.56 million people have received their first shots of COVID-19 vaccines, including 733,067 the previous day, accounting for 20.6 percent of the country's population, since the country started its vaccination program on Feb. 26.

The KDCA said 2.63 million people, or 5.1 percent of the population, have been fully vaccinated.

A total of 251,787 people received Janssen's single-dose COVID-19 vaccine on the first day of its inoculation.

Health authorities said vaccine from Moderna is expected to be available for inoculation next week. 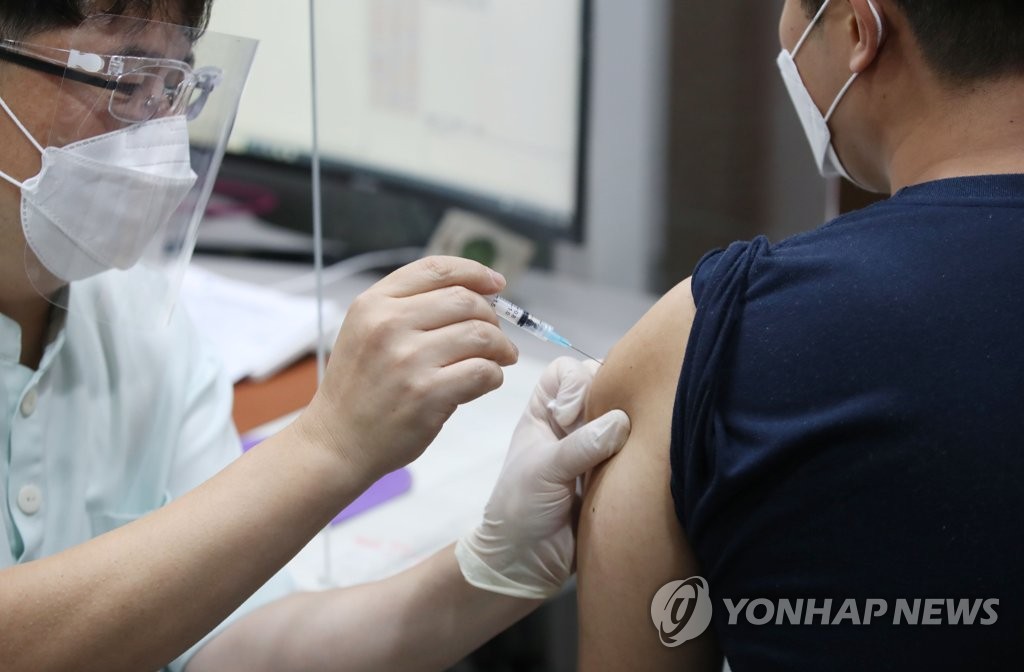 Of the 541 newly locally transmitted cases, 201 came from Seoul, 172 from Gyeonggi Province and 17 from Incheon, 40 kilometers west of the capital.

There were 15 additional imported cases, down two from a day earlier, raising the total to 9,252.

Of the newly confirmed cases from overseas, three came from Indonesia, followed by the United States and the Philippines with two each.

The KDCA data showed the number of seriously or critically ill COVID-19 patients was 153, down one from the previous day.

The total number of people released from quarantine after making full recoveries was 137,224, up 511 from a day earlier, with 7,654 people being isolated for COVID-19 treatment, up 43 from a day ago.