SEOUL, June 11 (Yonhap) -- Hyundai Motor Co. said Friday it has resumed operations at its four domestic plants following a half-day suspension due to the disruption of parts supply caused by the COVID-19 pandemic at a key parts supplier.

The carmaker restarted vehicle production at four out of its five plants in Ulsan, 414 kilometers southeast of Seoul, as health authorities completed quarantine measures at a plant of Hyundai Mobis Co., a company spokesman said.

Last month, Hyundai halted its Indian plant for five days starting May 25, as two workers in the Tamil Nadu plant were infected with COVID-19 and several workers staged a sit-in at the plant on May 24 amid rising virus fears among workers.

Hyundai's other overseas plants are in operation despite the ongoing global chip shortage.

On the domestic front, Hyundai has temporarily halted some of its domestic plants in recent weeks due to semiconductor shortages.

Hyundai aims to sell 4.16 million vehicles this year, which is 11 percent higher than the 3.74 million units it sold last year. 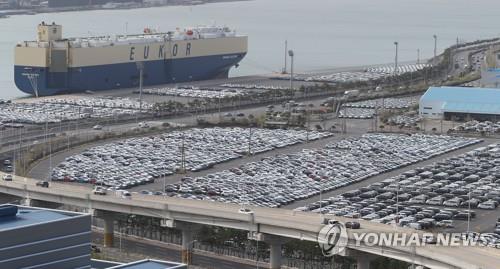