SEOUL, June 11 (Yonhap) -- Hundreds of residents on islands off the country's south coast will receive coronavirus vaccines aboard a Navy vessel this month, the military said Friday.

The Navy conducted a mock drill with government authorities in the southwestern city of Mokpo ahead of the Janssen COVID-19 vaccine inoculation for 638 islanders aged 30 and older slated to kick off Monday. 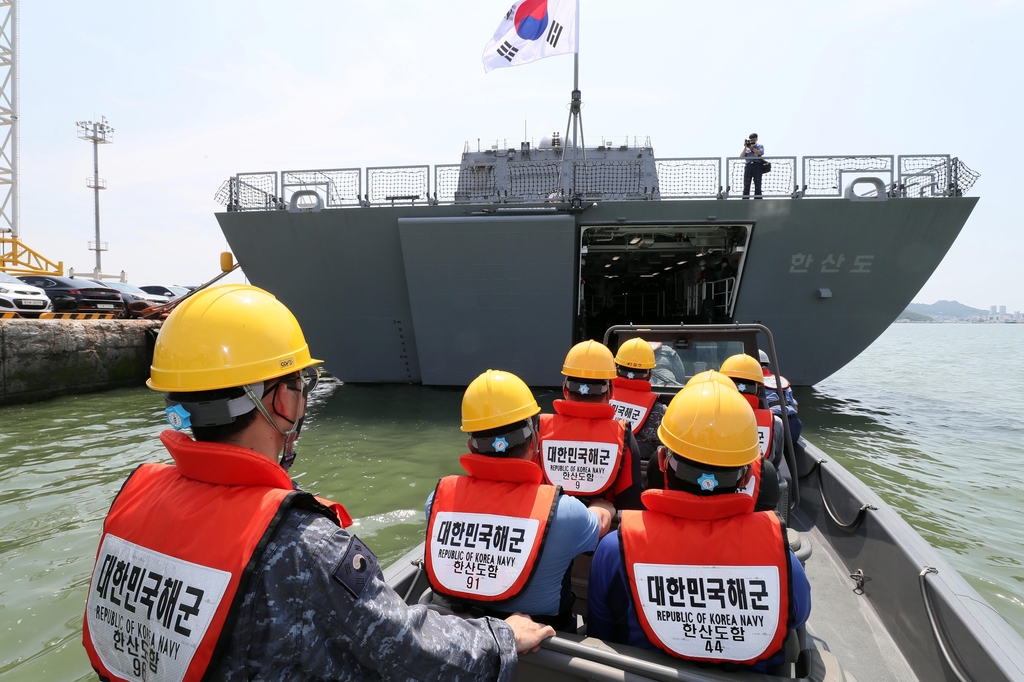 According to the military, the Navy's 4,500-ton Hansando training ship and inflatable boats will be mobilized for the operation.

Five of the Navy's medical workers will be dispatched to the ship, which will also have two medical refrigerators ready to store the vaccines, officials said.

The inoculation will take place in the hangar and the Coast Guard's helicopters will transfer any potential patients experiencing side effects to hospitals, they said.

For the vaccination, health authorities have designated the Navy ship as a temporary vaccine inoculation center and formed a pan-government task force to oversee the operation.

"Protecting the lives of our citizens is the military's top priority," Cdr. Cho Wan-hee, captain of the Hansando, said, vowing to carry out a "seamless operation."

The Hansando is the Navy's first training vessel launched in 2018 and delivered to the military in October last year. 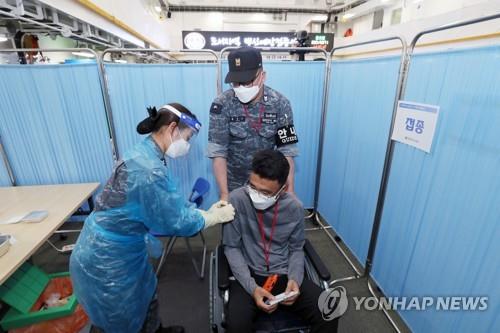