SEOUL, June 11 (Yonhap) -- North Korea remains silent about a key Workers' Party meeting that it said it would hold early this month, raising questions about whether the meeting was held at all and if not, why it is being delayed.

Last week, North Korea announced that it will hold a plenary meeting of the Central Committee of the Workers' Party in "early June" to take "additional state measures for solving pending problems urgent for the economic work and people's living."

The session has been drawing keen attention as the North could unveil its policy directions on the United States and South Korea, given that Washington completed its North Korea policy review and President Moon Jae-in and U.S. President Joe Biden agreed at a summit to pursue diplomacy to resolve the North's nuclear issue.

As "early June" usually refers to the first 10 days of the month, the North had been widely expected to hold the plenary meeting no later than Thursday. The North's state media, however, have not reported yet until early Friday on whether the scheduled party meeting has been held.

But considering that the North's media usually report on a major event a day after it actually happens, it appears that the party meeting has not taken place until Thursday.

They reported, instead, on Premier Kim Tok-hun's visit to a construction site for apartments in Pyongyang, which apparently took place Thursday, adding to speculation that the party meeting has not yet taken place, given that he is a key politburo member in charge of economic policies.

Some still raised the possibility that North Korea might have launched a multi-day party meeting but its media outlets are waiting until the session is completed to report on its results. They also said that the meeting could take place in the days to come since "early" in the North could also refer to the first half of a month.

It still appears unlikely that the North has postponed or canceled the planned meeting, considering leader Kim Jong-un already held a politburo meeting and a session with senior party members in preparation for the gathering, experts said. 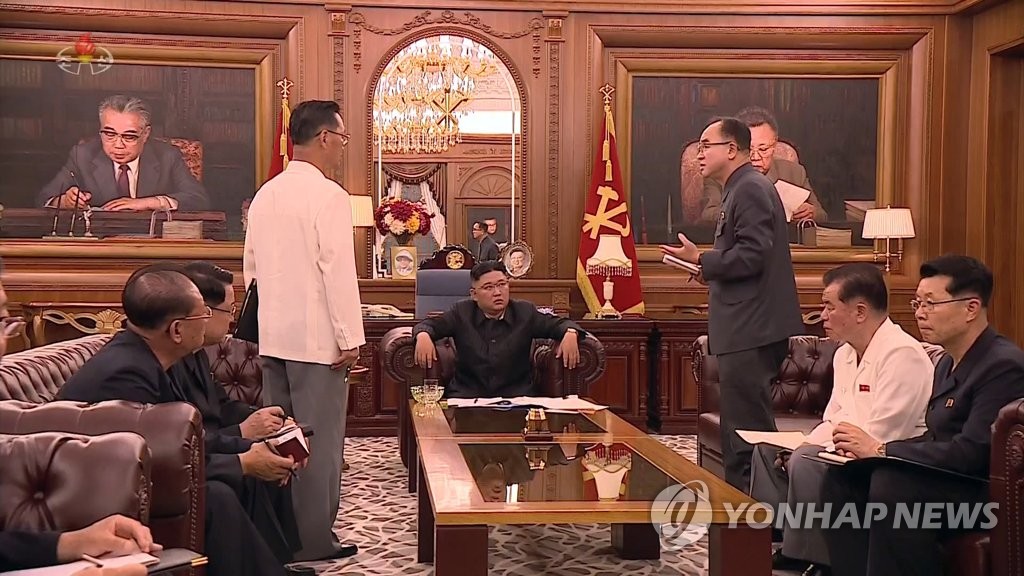