The Central Disaster and Safety Countermeasure Headquarters announced Friday that regions under Level 1.5 distancing in the five-level scheme will be allowed to accept sports fans at 50 percent capacity, up from the 30 percent currently. The greater Seoul area, the southeastern city of Daegu and the resort island of Jeju, all under Level 2, can have crowds at 30 percent capacity starting Monday, instead of the present 10 percent. 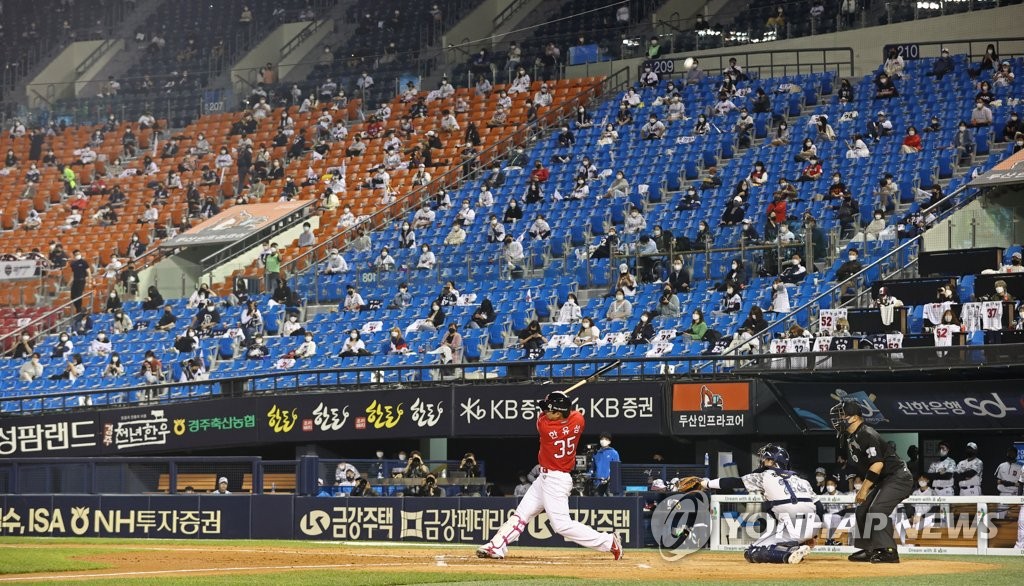 South Korea will unveil a set of new distancing rules in July, in line with an accelerating vaccination rate. And it went ahead with easing some of the restrictions in place at outdoor sports venues Friday, on the grounds that risks of infection are relatively low there compared to indoor facilities.

Two professional sports, baseball and football, are in action during summer months. In the Korea Baseball Organization (KBO), six clubs are based in cities placed under Level 2 and the rest are under Level 1.5.

Going from 10 percent to 30 percent will be the Doosan Bears and the LG Twins in Seoul, the SSG Landers in Incheon, the KT Wiz in Suwon and the Samsung Lions in Daegu.

The Kiwoom Heroes are also based in Seoul, but they play out of the only indoor venue in the KBO, Gocheok Sky Dome. The capacity will only be raised to 20 percent there, the KBO said moments after the government's announcement.

The league said it welcomed the decision to increase crowd capacity and vowed to ensure safe environments for fans across the league.

Mondays are off days across the KBO, and the new rule will take effect Tuesday in baseball. 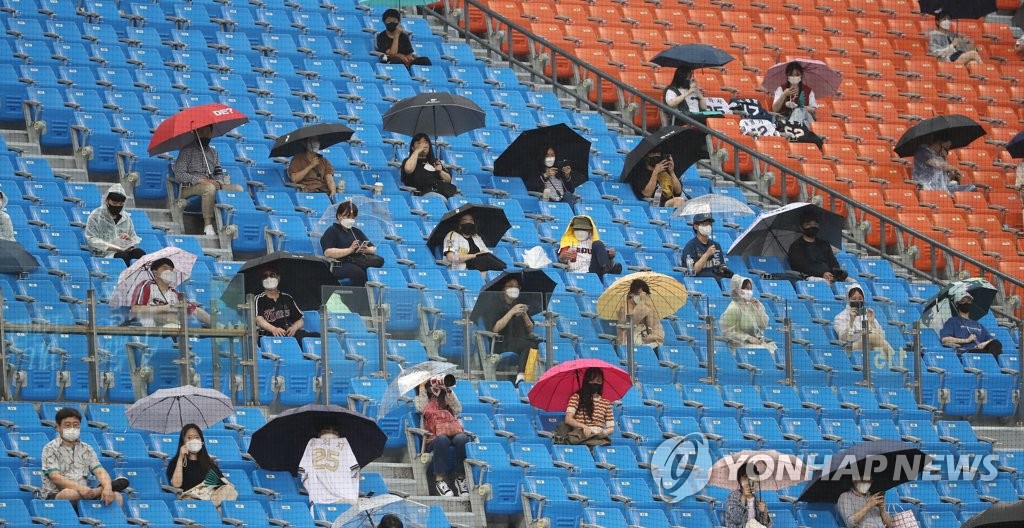 The K League is in the midst of an international break, with the senior national team and the under-24 Olympic national team both playing multiple matches this month. But FC Seoul and Seongnam FC, who had four matches postponed earlier in the year due to a COVID-19 case, will play makeup games on June 19 and 20.

A K League official said clubs are well prepared to operate under eased rules, having already experienced fluctuations in the size of crowds last season. 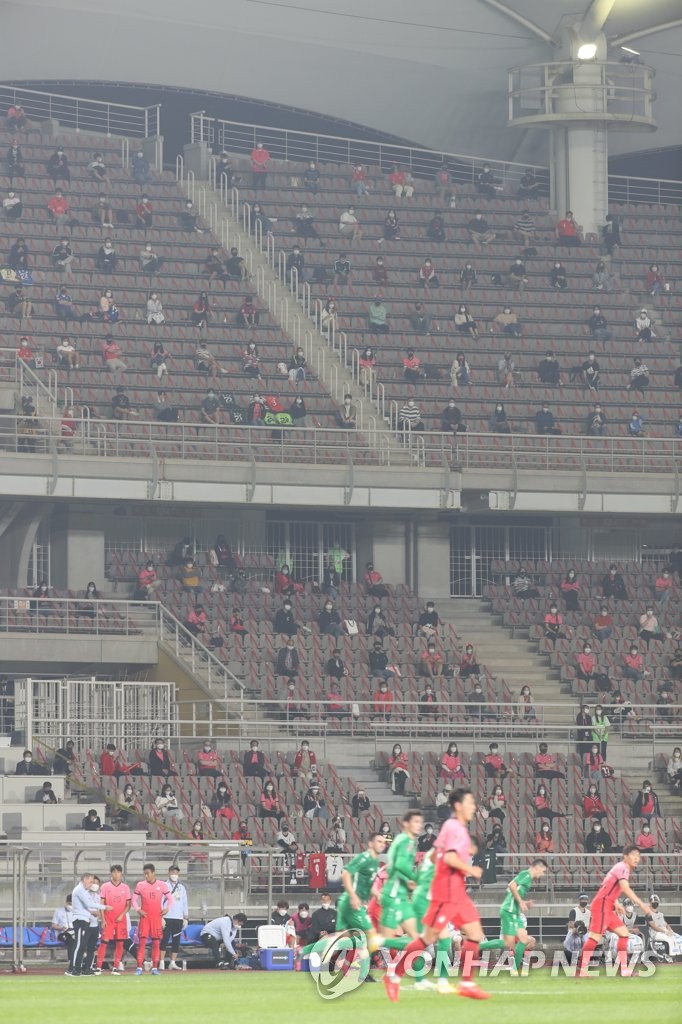 Following talks with the national health officials, the KBO eased parts of its leaguewide health and safety protocols at the start of this month, allowing up to four fans to sit together in a row if they're attending games as a group.

The baseball league has also asked the government to lift other restrictions, such as bans on eating and drinking in the stands and on vocal cheering. 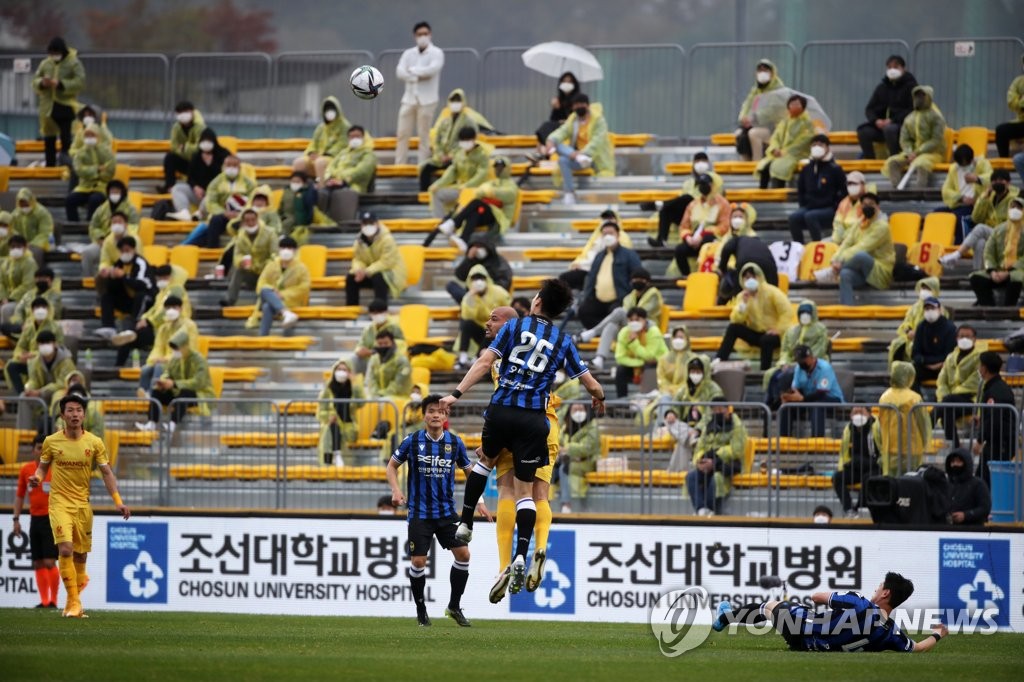