SEOUL, June 11 (Yonhap) -- The cause of flames and smoke from the engine of a KF-16 fighter jet earlier this week was a bird sucked into an air intake of the plane, the Air Force said Friday.

On Tuesday, the jet's pilot made an emergency exit from the plane after detecting flames and smoke from its engine during a takeoff run at the 20th Fighter Wing in the western city of Seosan.

The Air Force immediately suspended all flights for aircraft inspection.

Following an inspection, the military said a bird was sucked into an air intake of the jet. The pilot sustained no injuries from the accident though the aircraft was damaged.

"The Air Force will resume the jets' operations next Monday after educating pilots on emergency action procedures and conducting preventive inspections on the aircraft," it said in a statement.

Flights for other types of jets resumed Thursday, an official said. 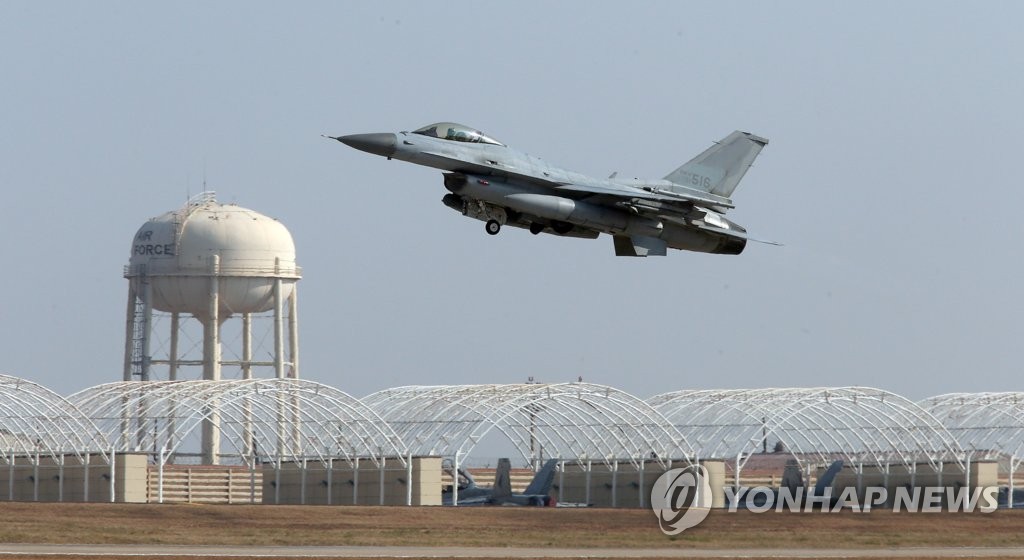