SEOUL, June 11 (Yonhap) -- Toronto Blue Jays' left-hander Ryu Hyun-jin has built a strong major league career on his changeup, a pitch that has made even some of the most feared sluggers look foolish over the years.

But the effectiveness of that pitch has dwindled of late, which has coincided with his first losing streak in nearly two years. 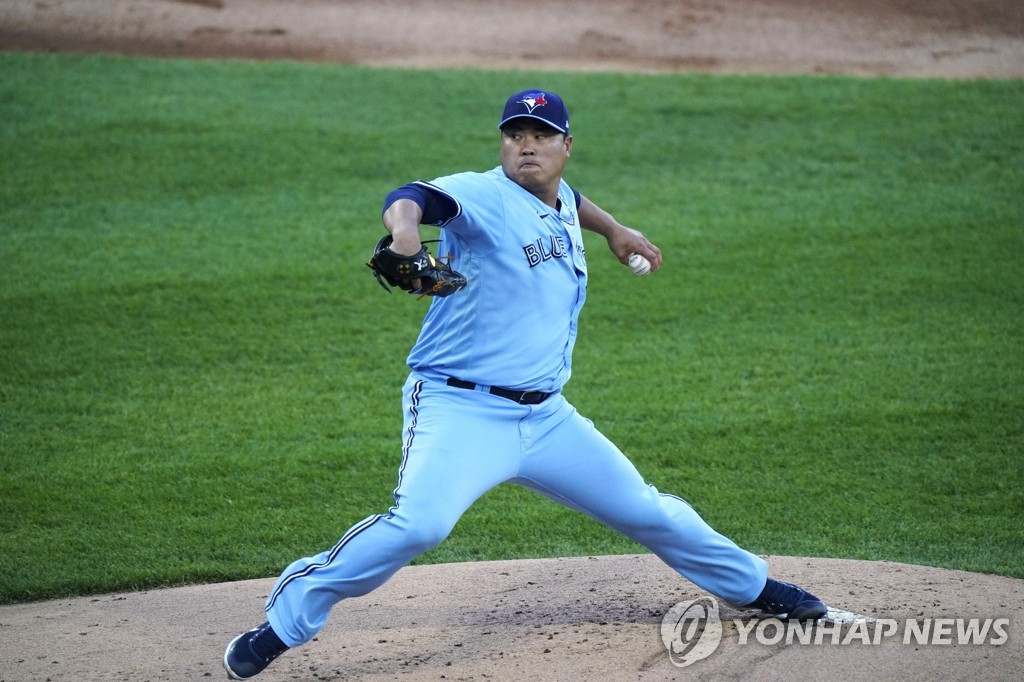 Ryu was charged with the loss as the Blue Jays fell to the Chicago White Sox 5-2 at Guaranteed Rate Field in Chicago on Thursday (local time). Ryu gave up three runs on five hits in six innings, falling to 5-4 for the year.

Ryu had his worst outing of the year last Friday against the Houston Astros. He served up seven runs -- one unearned -- on seven hits, including two home runs. And both of the long balls came off Ryu's changeup.

Against the White Sox, Ryu gave up a first-inning double to Yermin Mercedes on a changeup. Later in the same inning, an RBI double by Jose Abreu and a solo home run by Yasmani Grandal were hit off Ryu's cutter and fastball, respectively. 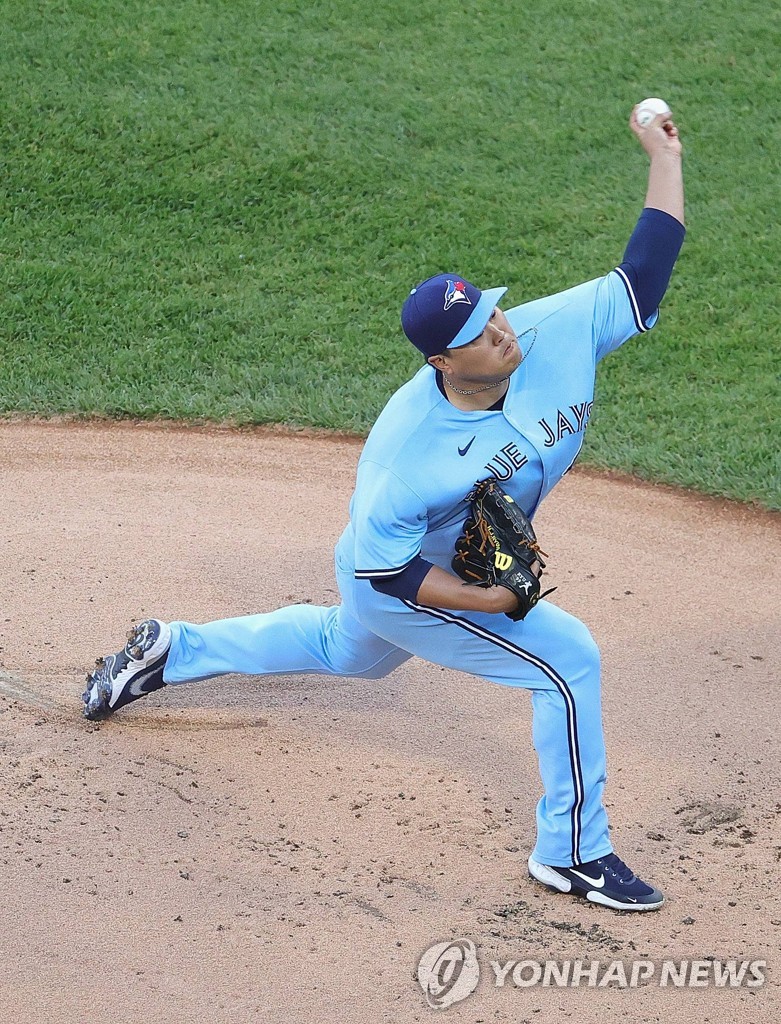 After the loss, Ryu singled out the changeup as the pitch that left him scratching his head.

"I was okay with other pitches, but I don't think I have a proper balance when throwing changeups," Ryu said in a postgame Zoom session. "I spoke to my pitching coach (Pete Walker) during the game, and I think things got better from the fourth inning and on."

Indeed, Ryu allowed only two more singles after the wobbly first inning. He sat down the final seven batters he faced.

But the damage had already been done.

"On that home run by Grandal, I think I threw the ball where I wanted to, but he hit it well," Ryu said. "I am more disappointed with Abreu's double. I left my cutter over the middle of the plate."

Grandal's home run was the sixth long ball Ryu gave up with his fastball this year through 70 innings. In 67 innings last year, Ryu allowed three home runs with his four-seamer. The year before that, Ryu served up five homers off his fastball in 182 2/3 innings. 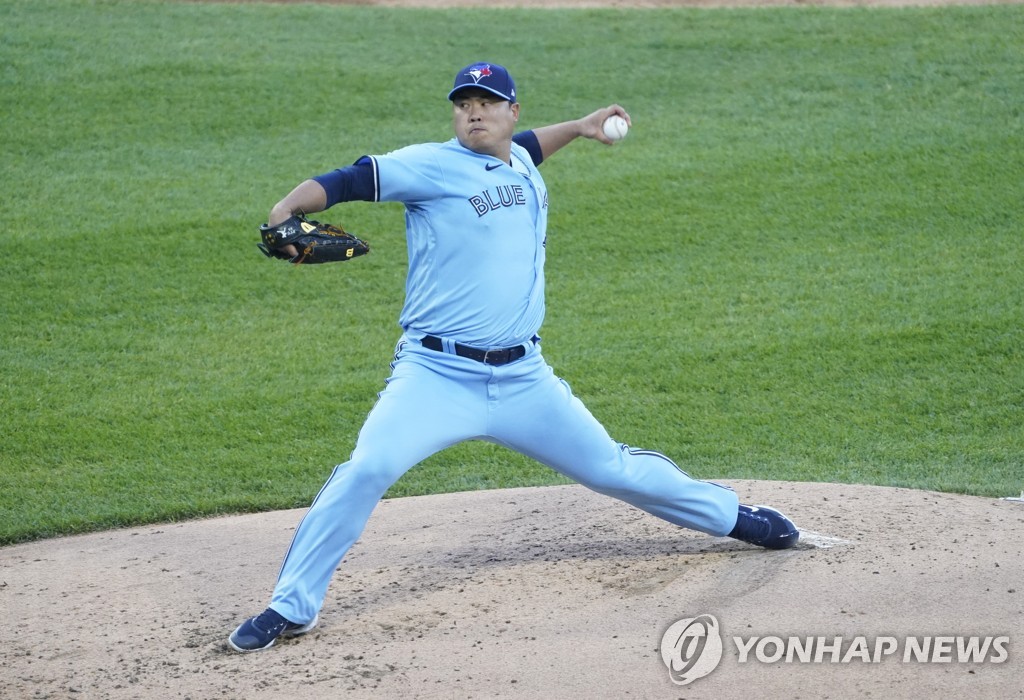 In the big picture, though, the changeup problem is more concerning for Ryu.

Last year, when Ryu finished third in the American League Cy Young Award race, batters hit only .185 and slugged at a .261 clip. They were batting .272 with a .444 slugging percentage against Ryu's changeup prior to the White Sox game. 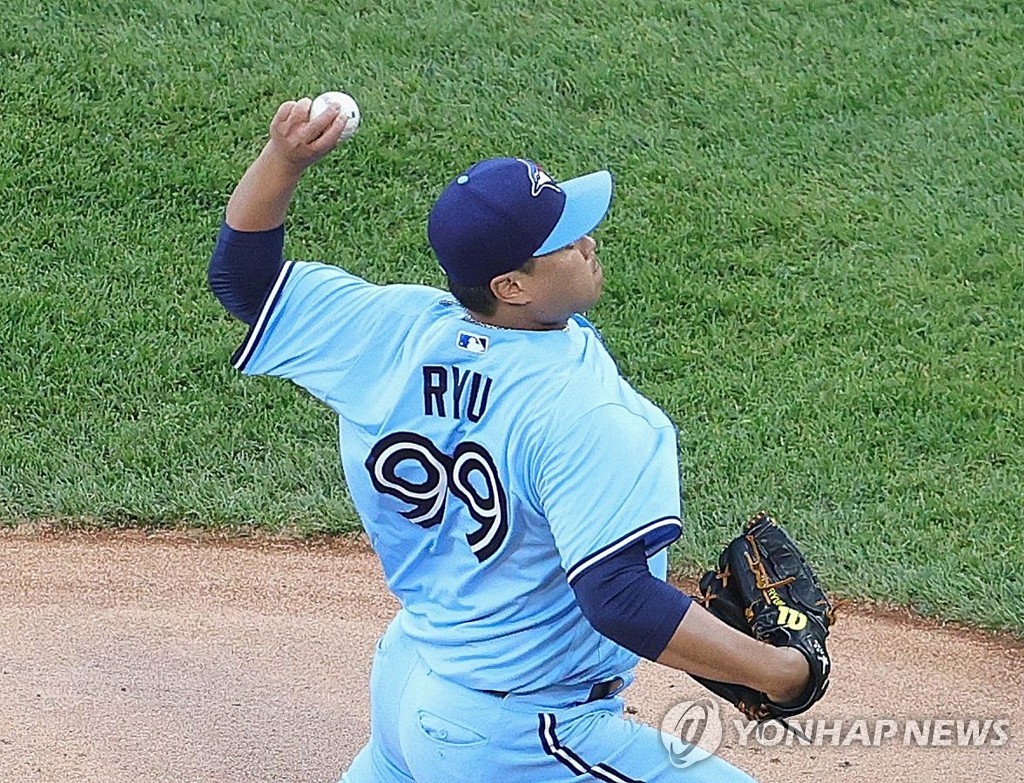