SEOUL, June 11 (Yonhap) -- Unification Minister Lee In-young on Friday expressed hope that a project to build a "farmland of peace" in an inter-Korean border area would be a meaningful starting point for cooperation between the two Koreas in farming and environmental sectors.

Lee made the remarks in a speech at a rice-planting event near the Gunnam Dam in the northwestern border town of Yeoncheon for the project by a farmers' association to grow environmentally friendly rice for North Korea.

"Securing food, which is the basis for our life, is a task that the people of the South and the North should tackle no matter what, as they have to live together as a community of life on the Korean Peninsula," Lee said.

"In that sense, I hope that the project of building a farmland of peace can be a meaningful starting point for cross-border cooperation in farming, livelihood and environment sectors," he added.

Lee added that the Gunnam Dam region, in particular, reminds people of the importance of cooperation in effectively coping with natural disasters, such as flooding.

The two Koreas signed an agreement in October 2009 under which the North promised to notify the South in advance of its plans to open its floodgates following a deadly accident that killed six South Koreans after the North discharged water from Hwanggang Dam without notice.

"The experience of last summer demonstrated that it is surely necessary to jointly and effectively cope with flooding and other natural disasters for the sake of the coexistence of the South and the North," he said. 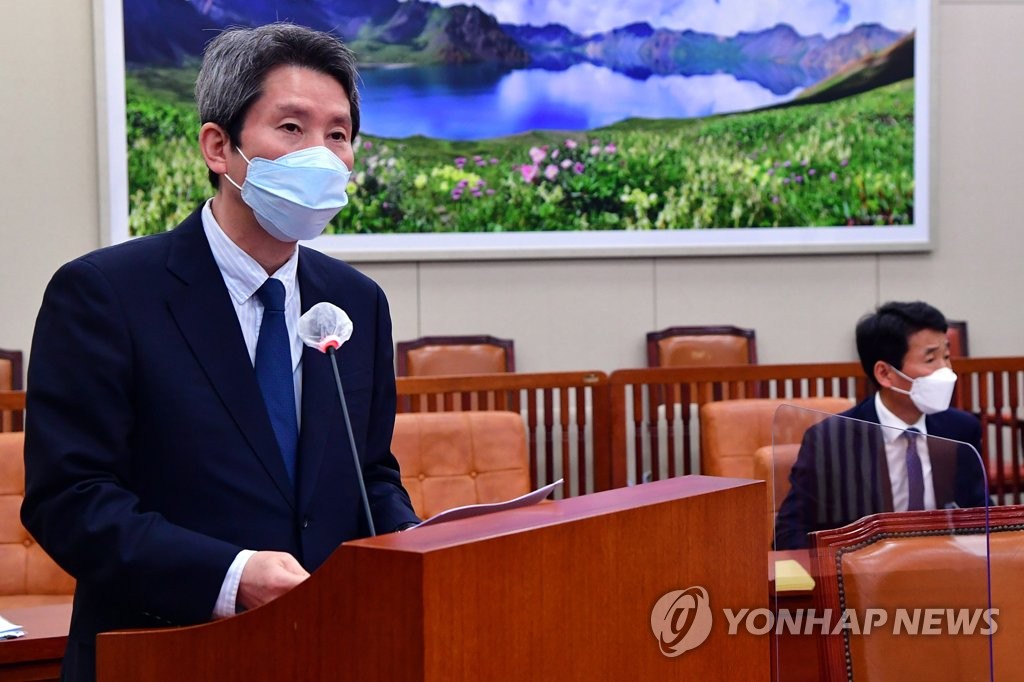