SEOUL, June 11 (Yonhap) -- President Moon Jae-in on Friday congratulated Lee Jun-seok of the main opposition party on being elected as the youngest person ever to lead a major political party in modern Korean history, praising his win as a sign of transformation for the country.

Lee, 36, was elected chairman of the People Power Party (PPP) earlier in the day, taking the helm of the main opposition party as the youngest-ever leader of a mainstream party in modern South Korean politics.

Following the announcement of Lee's win, Moon spoke with the new PPP chairman on the phone to congratulate him for having "achieved a great feat," according to Park Soo-hyun, the president's senior secretary for public communication.

Moon also told Lee that his victory would be remembered throughout the country's history of politics and that his election was a sign that South Korea was on a path of transformation.

The president also asked Lee for the PPP's cooperation on pending issues amid the prolonged COVID-19 pandemic, while acknowledging that political clashes between the PPP and the ruling Democratic Party would be unavoidable ahead of next year's looming presidential election. 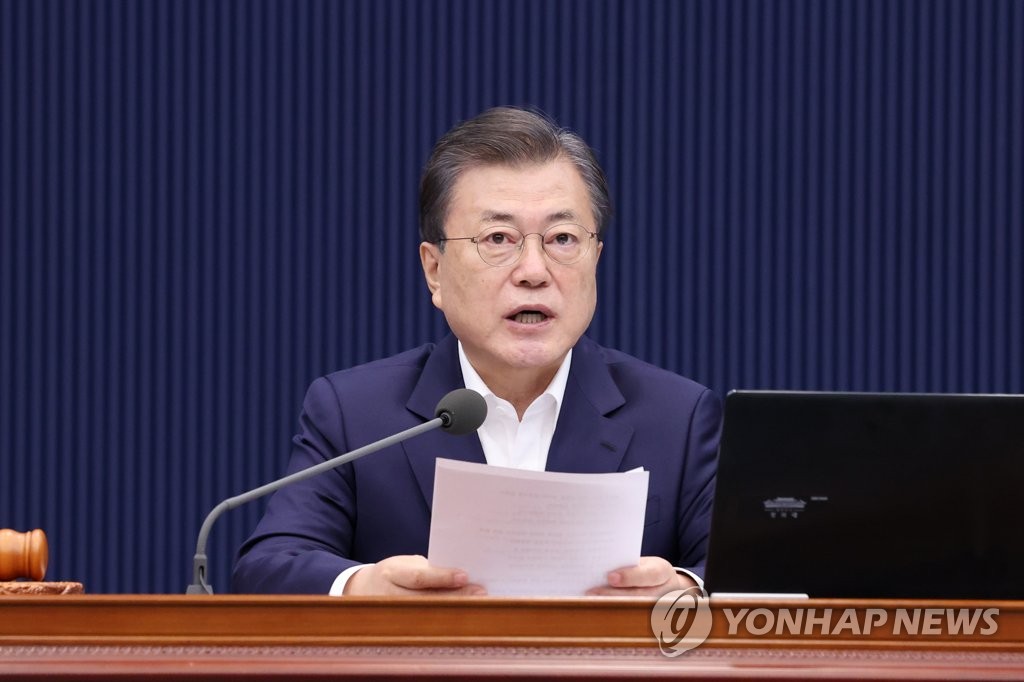