SEOUL, June 11 (Yonhap) -- An annual international forum will kick off on the southernmost island of Jeju later this month to discuss key global challenges, like climate change and the COVID-19 pandemic, its organizer said Friday.

The three-day Jeju Forum for Peace and Prosperity, slated to open June 24, will offer a chance to discuss complex and diverse issues faced by the world today and share the views of prominent figures here and abroad, the Jeju Peace Institute think tank, the host for the event, said in a release.

The event will take place in an online-offline hybrid format due to the pandemic situation.

The guests will be invited to sessions to talk about the global partnership and leadership in terms of responses to the COVID-19 pandemic and climate change, among other issues.

Former South Korean foreign ministers and experts will gather together at one session to discuss the country's diplomacy and the direction it should take in the era of the Joe Biden administration.

A roundtable of foreign diplomats based in Seoul will also be held to discuss peace in the Middle East.

As June 25 marks the anniversary of the outbreak of the 1950-53 Korean War, there will be a visual presentation of interviews of war veterans sharing their recounts of their experience, the organizer said.

Since its launch in 2001, the forum has grown into a regional multilateral dialogue platform for promoting sustainable peace and prosperity on the peninsula and beyond. It became an annual event in 2011 after it had been held biennially. 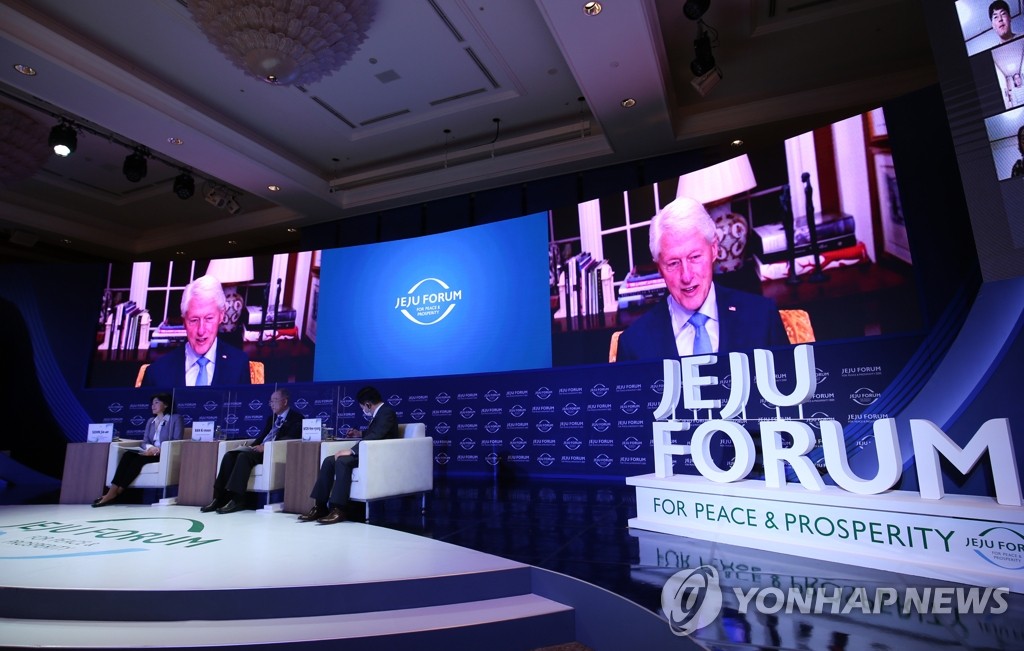 Jeju peace forum to open this month with focus on climate change, pandemic

Jeju peace forum to open this month with focus on climate change, pandemic