SEOUL, June 11 (Yonhap) -- The sensational ascent to the main opposition party's leadership by Lee Jun-seok, a 36-year-old who entered the party race as an underdog, mirrors young voters' frustration with the political establishment and calls for a change, experts said Friday.

The Harvard-educated young politician without experience as a lawmaker made history by winning the leadership election of the People Power Party (PPP), the biggest conservative party in South Korea. 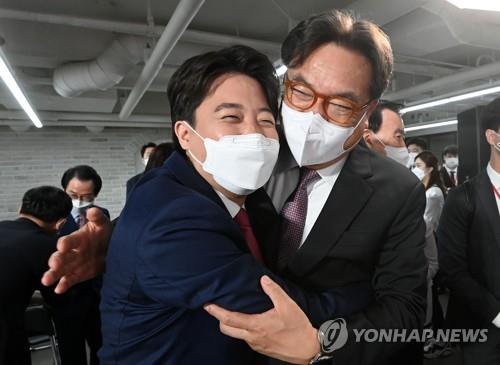 The surprise ascent of Lee comes as a wakeup call not only to his own conservative party, long dominated by the political establishment, but also to the liberal ruling Democratic Party (DP) that fears the event could possibly portend a major shift in public opinion ahead of next year's presidential election in March.

"This is a signal flare launched by the people who hope for a holistic change in the political arena," Kim Hyung-joon, a politics professor at Seoul's Myongji University, said.

The professor pointed out the phenomenon laid bare younger generations' frustration and rage toward mainstream politics widely blamed for increasing social ills, such as growing asset disparity between the haves and have-nots and skyrocketing house prices, which have dealt a heavier blow to young people.

The disgruntled voice of young voters in their 20s and 30s was heard loud and clear in the previous Seoul and Busan mayoral by-elections in April.

After winning big at last year's parliamentary elections, the DP saw landslide defeats in the high-stakes by-elections as young voters, disillusioned by the liberal party's botched real estate policies and allegations of land speculation by its members, turned their back on the party.

"The so-called 86 groups (who were born in the 1960s, went to college in the 1980s and led the country's pro-democracy movement) were only preoccupied with safeguarding their own vested rights as seen in the 'Cho Kuk' scandal," a DP official said on condition of anonymity. "Now, the DP lost its lead in innovation to the PPP."

The scandal involving the namesake former justice minister, who is accused of forging academic documents with his wife to get their daughter admitted to a medical school, has widely been seen as a major reason behind young voters' disgruntlement with the ruling party.

Lee, meanwhile, has not shied away from speaking in the interest of young people, especially male voters, and campaigned against affirmative action his party and society take for women.

His unconventional election campaigning that did away with the brick-and-mortar office as well as text message campaigns typically accompanying an election campaign also rewrote the language of election rallies.

"(The PPP) broke out of the bias that its mainstream is the stubborn, arrogant older generation and chose a party leader in his 30s. It's very meaningful," a PPP lawmaker told Yonhap News Agency.

Going forward, Lee's victory is expected to raise a major question to both the ruling and opposition blocs on how to win young voters in the run-up to next year's presidential election. 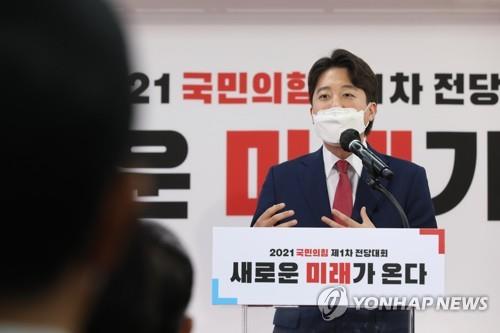