SEOUL, June 12 (Yonhap) -- North Korean leader Kim Jong-un has presided over a Central Military Commission meeting of the ruling Workers' Party and called for a "high alert posture" against the "fast-changing" situation on the Korean Peninsula, state media reported Saturday.

During the meeting held on Friday, Kim also discussed "important tasks" to make "a fresh turn in the overall work of national defence," the official Korean Central News Agency (KCNA) said without elaborating on what the important tasks are.

"The enlarged meeting set forth important tasks for ... bringing about a fresh turn in the overall work of national defence as required by the recent fast-changing situation around the Korean peninsula and the internal and external environment of our revolution," the KCNA said.

Kim analyzed the prevailing situation and the "real state" of the work of the People's Army and laid out the "strategic tasks to be permanently held fast to by it and ways for developing the revolutionary armed forces," according to the KCNA.

"The People's Army has to staunchly carry out the Party's line and policies on army building without an inch of deviation and keep a high alert posture to fulfill its noble mission and duty of firmly defending the sovereignty and security of the country," Kim was quoted as saying,

The meeting also discussed organizational issues, including dismissing and appointing commanding officers and at the corps level, the KCNA said.

Kim appears to have presided over the meeting ahead of a plenary session of the Central Committee of the Workers' Party that the North said it would hold in early June to take "additional state measures for solving pending problems urgent for the economic work and people's living."

North Korean state media has not yet reported on when the scheduled party session will be held but Friday's meeting suggests that the plenary meeting is imminent.

The plenary session has been drawing keen attention as the North could unveil its policy directions on the United States and South Korea following Washington's recent completion of North Korea policy review. Last month, President Moon Jae-in and U.S. President Joe Biden also agreed at a summit to pursue diplomacy to resolve the North's nuclear issue. 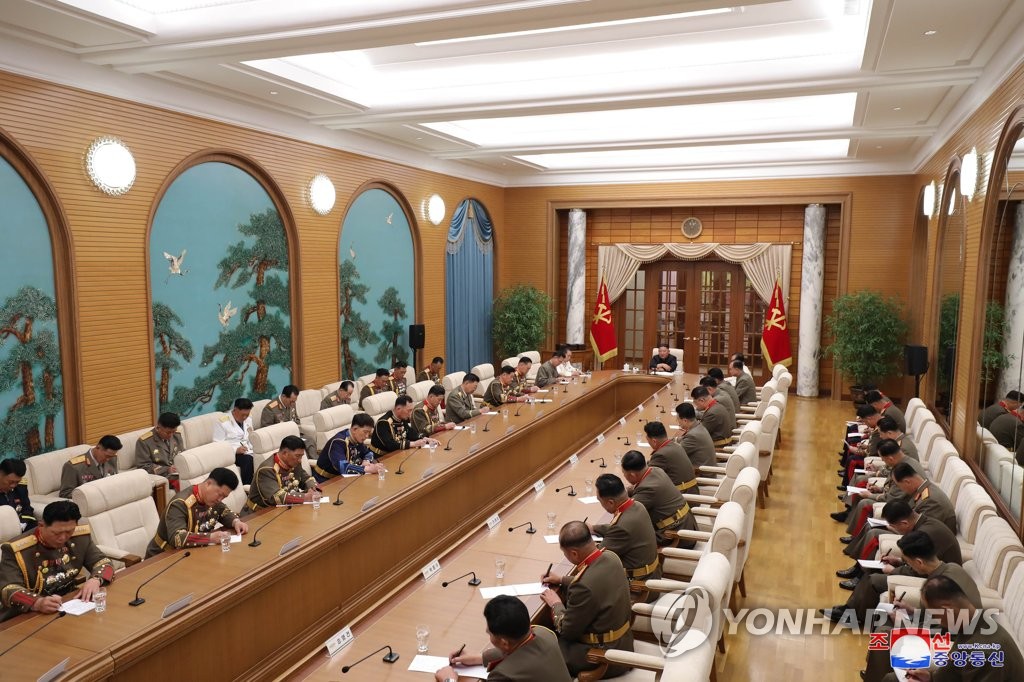