The victim, identified only as MSgt. Lee, was allegedly groped and suffered other abuse by a colleague in a car after a drinking session in March. She was found dead at her home inside the base in the western city of Seosan late last month. The colleague, surnamed Jang, was arrested on June 2 on charges of sexual harassment.

A military court in the defense ministry held a hearing Saturday afternoon before deciding whether to issue an arrest warrant for the two officers -- a senior master sergeant and a warrant officer.

The two, both surnamed Noh, are accused of failing to report Lee's sexual abuse complaint against Jang to their superiors and trying to persuade her to drop the case, according to investigators.

The victim was affiliated with the 20th Wing in Seosan at the time of the incident. She applied for and was granted a transfer to another base but took her own life a few days later.

The military prosecutors earlier this week raided the police corps of the Air Force headquarters and the police squadron of the 20th Fighter Wing to see if they properly conducted the initial probe into the case. 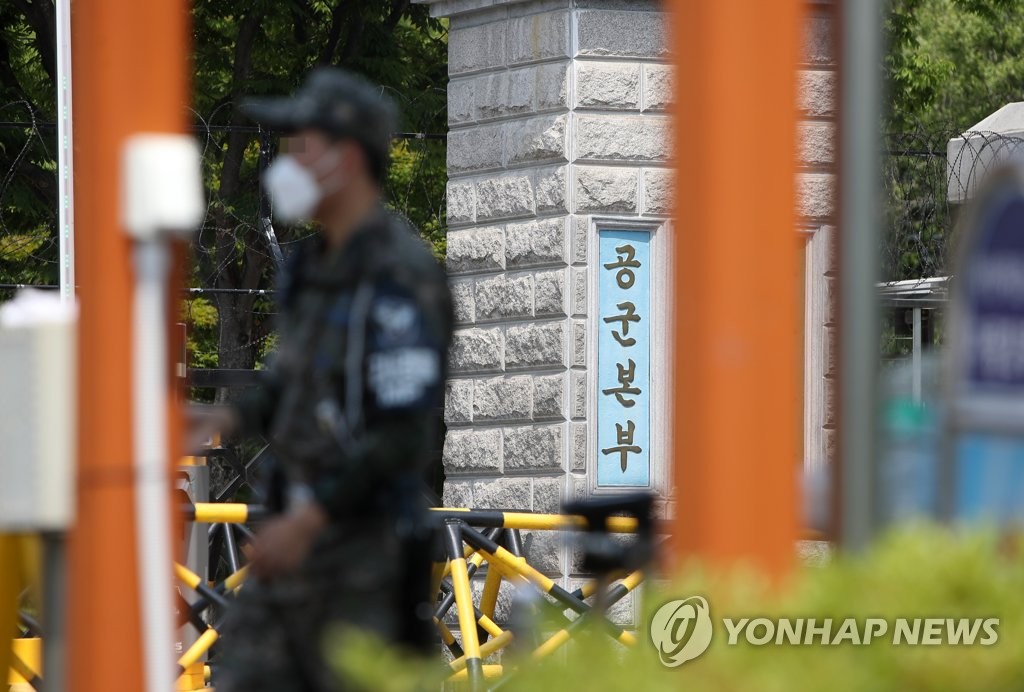