SEOUL, June 12 (Yonhap) -- South Korea is joining a trilateral air drill involving the United States and Japan that is now in full swing in Alaska after the annual exercise was scaled down last year due to the COVID-19 pandemic, the U.S. Indo-Pacific Command said Saturday.

The Red Flag exercise hosted by the U.S. Pacific Air Forces runs from June 10-25 in Alaska to improve the three countries' interoperability and support security in the Indo-Pacific Region, the U.S. command said.

It is the first time in three years that South Korea is participating in the multinational exercise, military officials here said earlier.

This year's exercise also marks the first trilateral military drill under the Joe Biden administration, which has called for closer security ties between Seoul and Tokyo to better deal with North Korea and China. 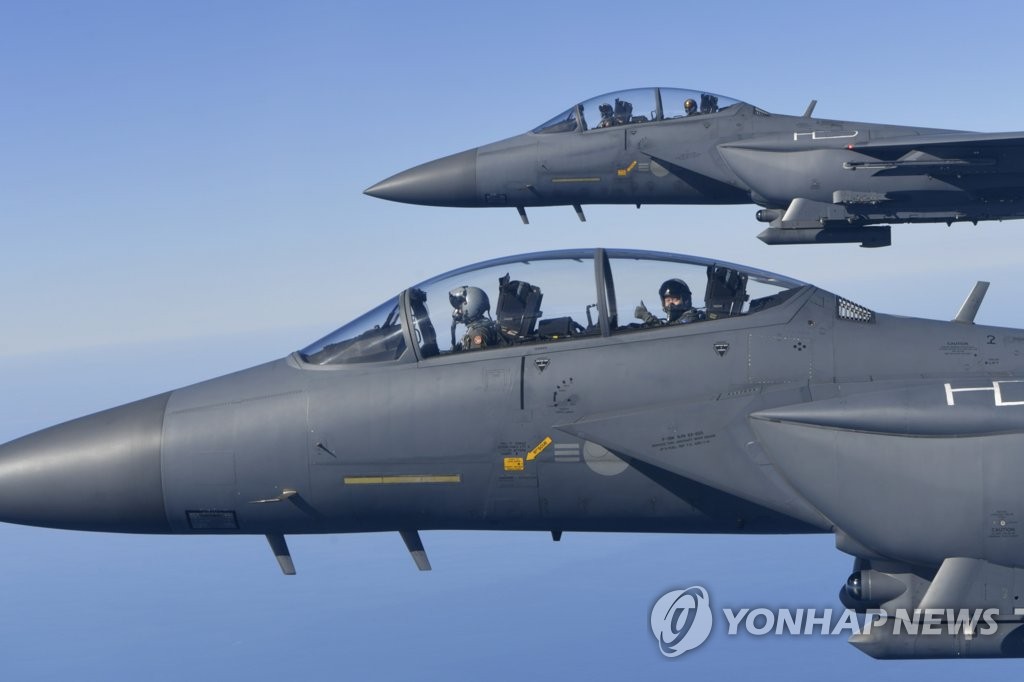 Last week, a North Korean propaganda outlet denounced Seoul's decision to send fighter jets and dozens of troops to join the U.S.-led exercise, saying the South Korean military is "going through fire and water" for the U.S.

In response, Gen. Kenneth Wilsbach, commander of U.S. Pacific Air Forces, said the Red Flag exercise is a routine training that is held "very frequently" and is aimed at enhancing their joint defense capability.