CORNWALL, Britain, June 12 (Joint Press Corps-Yonhap) -- South Korean President Moon Jae-in had a meeting with the head of AstraZeneca on Saturday and reaffirmed the importance of continued cooperation in the global supply of COVID-19 vaccines, Moon's office said.

During 22-minute talks here with Pascal Soriot, executive director and CEO of the pharmaceutical firm, based in Cambridge, Britain, Moon requested that the two sides maintain collaboration in the biohealth sector for the stable production and supply of coronavirus vaccines. 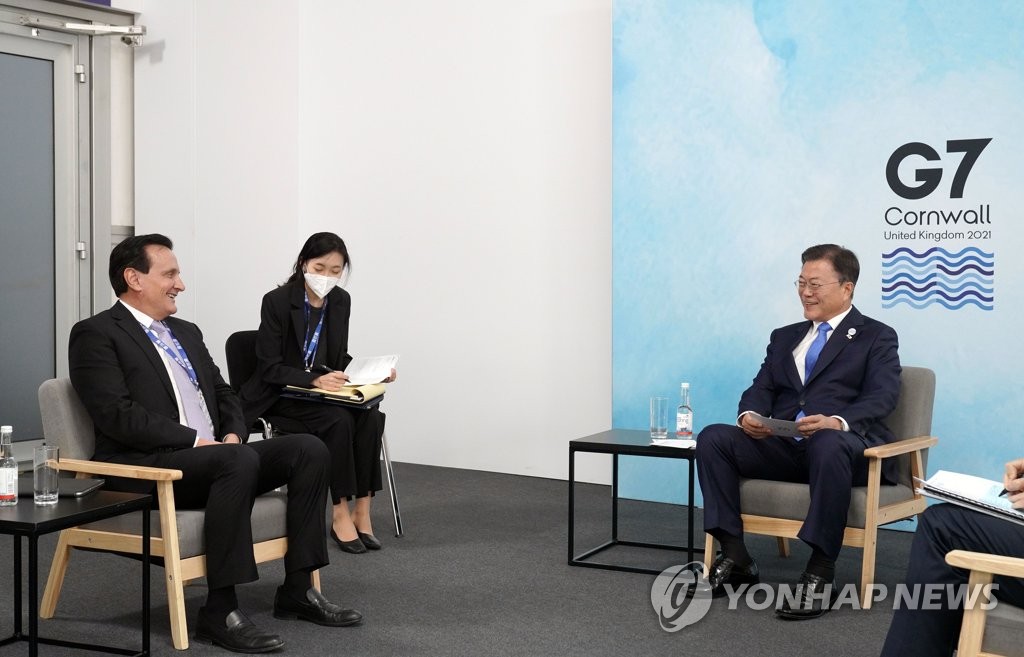 AstraZeneca's product is a core element in South Korea's vaccination campaign that got under way in February.

SK Bioscience, a subsidiary of the Seoul-headquartered SK Group, produces AstraZeneca's vaccine in its local factory under a consignment contract.

AstraZeneca's doses are particularly meaningful as the first and most administered coronavirus vaccine in South Korea, Moon said at the outset of the meeting in front of pool reporters.

The manufacturing of the vaccine in South Korea has also served as an "important first step" for the nation's goal to become a global vaccine production hub, he added.

Moon told Soriot that South Korea will cooperate actively to resolve the problem of vaccine shortages in the world.

The AstraZeneca CEO said he was honored to meet the president. He appreciated South Korea's role in the COVAX Facility, saying vaccines produced there have been speedily distributed in 75 nations through the coalition, according to Cheong Wa Dae.

Soriot accepted Moon's request for continued cooperation in vaccine supply in South Korea during the latter half of 2021.

He was quoted as lauding SK Bioscience for its top-notch vaccine quality control capability and expressing hope for a long-term partnership. 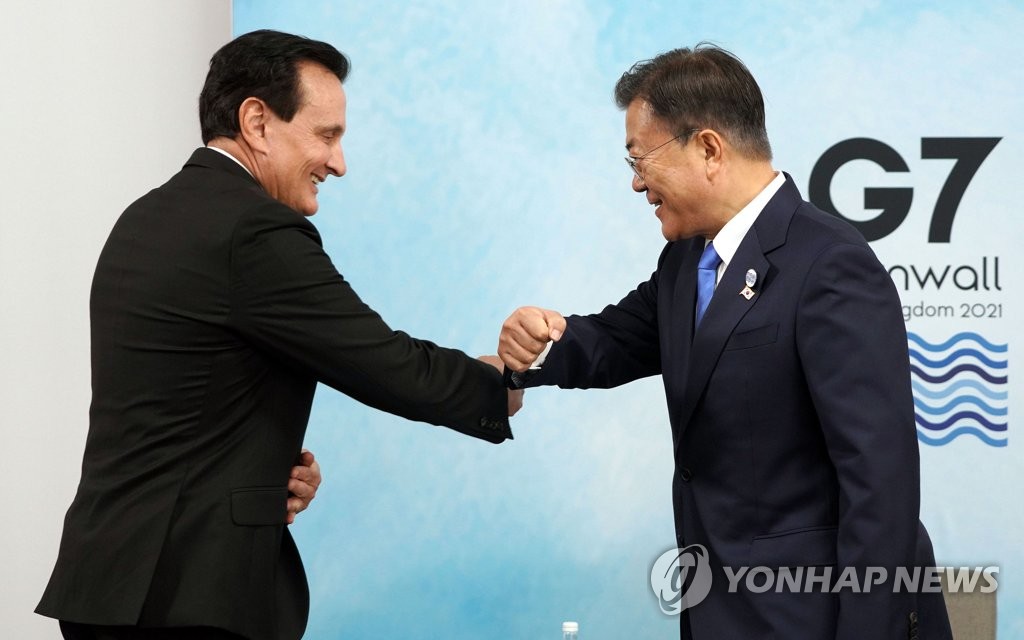 Moon is on a visit to this southwestern British county to attend a Group of Seven (G-7) summit. AstraZeneca was also invited to join a G-7 session on vaccines and a sustainable future alongside other leading businesses.