They had one-on-one talks on the sidelines of an annual summit of the Group of Seven (G-7) here. They were invited to the session as guests. Their meeting lasted for 47 minutes, longer than the originally planned half an hour, according to Cheong Wa Dae spokesperson Park Kyung-mee. 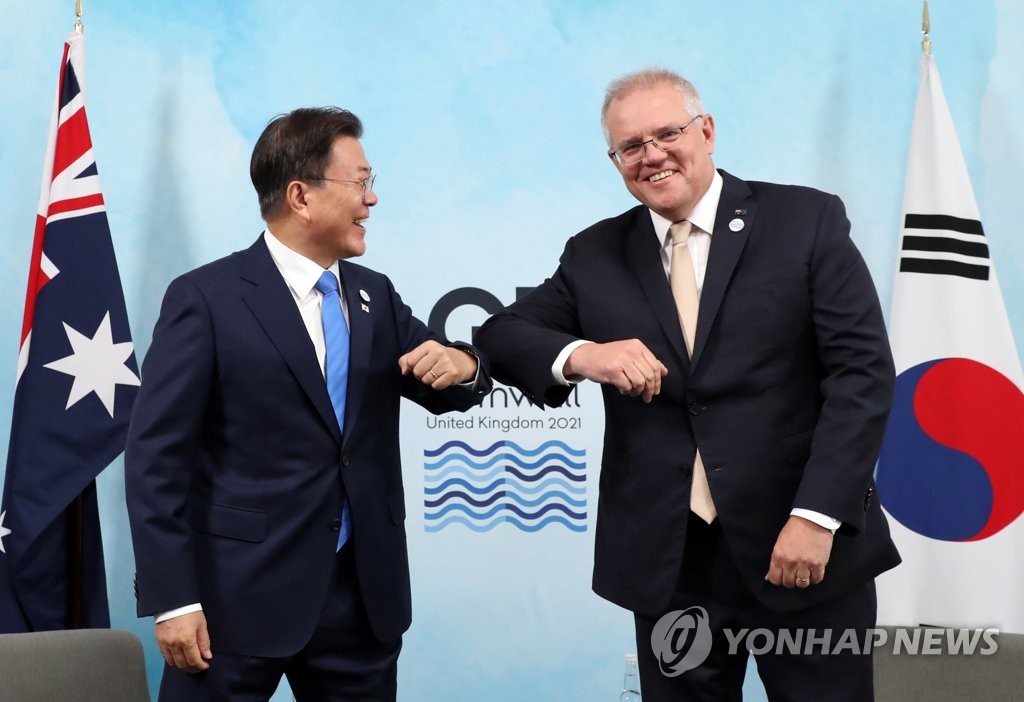 Moon and Morrison shared the view that their participation in the session reflects the G-7 member states' "high expectations" for the role of the two countries in resolving various global issues in the post-coronavirus era.

They noted that the two sides are this year commemorating the 60th anniversary of establishing diplomatic ties.

The prime minister proposed that the two sides elevate their relationship to a "comprehensive partnership" and Moon welcomed the offer, Park said.

They agreed to expand the "horizons of economic cooperation" to low-carbon technologies, including hydrogen production and use, and development of minerals, beyond mutually beneficial trade that has lasted for a long time.

Morrison said that "synergy" can be created between Australia's hydrogen energy production and South Korea's hydrogen-fueled vehicle technology and relevant economy, she added.

Moon echoed his opinion and expressed hope for the development of "specific cooperation projects" to combine Australia's competitive edge on renewable energy and South Korea's advanced technologies in the hydrogen car and battery sectors.

The Australian leader reaffirmed his government's support for the Korea peace process.