SEJONG, June 12 (Yonhap) -- Archbishop Lazzaro You Heung-sik, who was named as the new prefect of the Congregation for the Clergy of the Holy See, said Saturday that he will make efforts to arrange a visit to North Korea by Pope Francis if he is given a role to do so.

On the previous day, Pope Francis appointed You, bishop of Daejeon, as Prefect of the Congregation for the Clergy, and promoted him to archbishop.

The 69-year old Catholic priest became the first South Korean to be appointed to a secretary position in the Holy See. 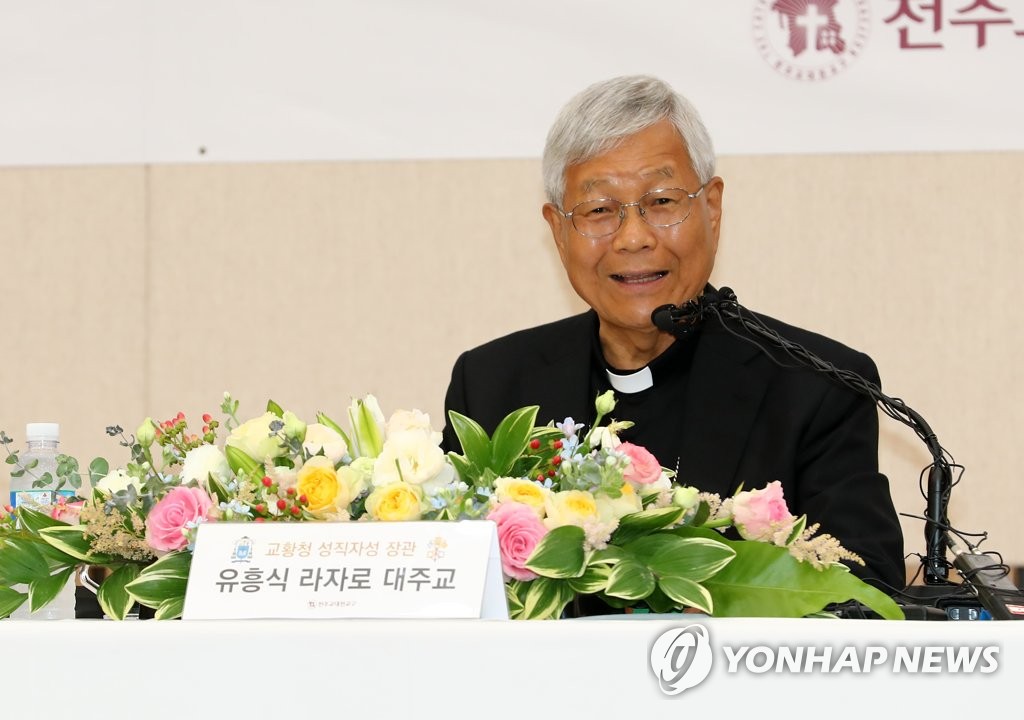 "The Pope has said he wants to go to North Korea," the archbishop said in a press conference. "If I am given a role to arrange his visit to North Korea, I'll do my best to carry out my mission."

He said a visit by the Pope would be a good chance for the reclusive country, which has been struggling with international isolation and economic difficulties, to get over the troubles.

Pope Francis has expressed his willingness to visit North Korea several times, saying that he wants to play a role in establishing peace on the Korean Peninsula, where the Korean people have been suffering the pain of separation for 70 years.

A papal trip to Pyongyang gained traction in 2018 amid a peace mood created by three inter-Korean summits and a historic Washington-Pyongyang meeting. But no further progress has been made since a no-deal summit in Hanoi in 2019.

You said his appointment reflects the increased presence of South Korea on the world stage and Pope Francis' attention to the Asian continent. He will be the first South Korean and the second Asian to serve as a prefect in the Holy See.

"Pope said there was only one Asian prefect, while there are two secretaries from African countries," he said. "And he suggested I take a position."

As the head of the congregation, responsible for overseeing matters regarding priests and deacons not belonging to religious orders, as well as seminaries, he vowed to open his mind to embrace more than 400,000 priests around the world.

"The prefect of the Congregation for the Clergy plays a role in looking after priests in the world and taking care of seminarians." he said. "I'll strive to foster Catholic priests who treat people regardless of their race or religion with a spirit of brotherhood."

He said he will leave for Rome next month before starting his five-year term in August. 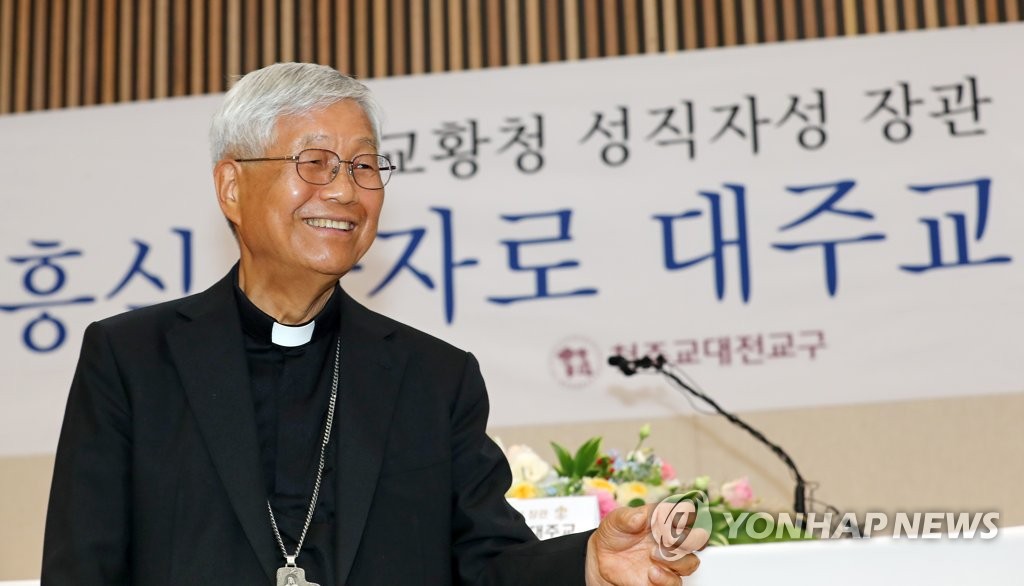