SEOUL, June 13 (Yonhap) -- Captain Son Heung-min scored the go-ahead goal on a second-half penalty, as South Korea rallied past Lebanon 2-1 on Sunday to complete an unbeaten run through the second round of the Asian World Cup qualifying campaign. 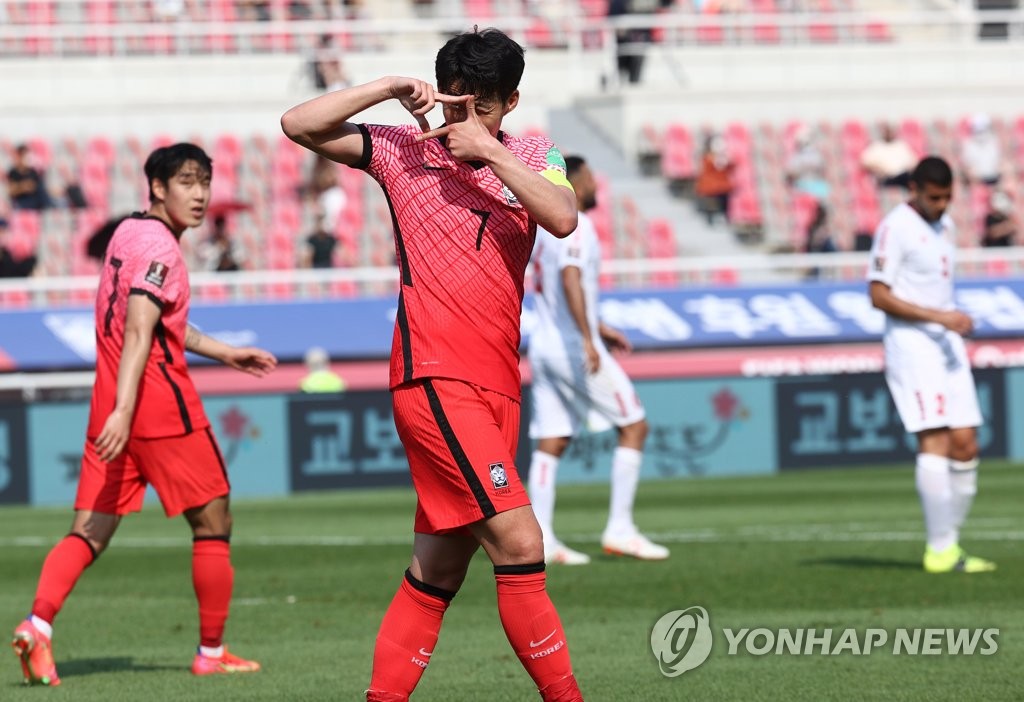 Song Min-kyu had the other South Korean goal at Goyang Stadium in Goyang, Gyeonggi Province, as South Korea secured the top seed in Group H.

In six matches, South Korea had five wins and a draw, while scoring 22 goals and allowing one.

The third round for the 2022 FIFA World Cup will begin in September. 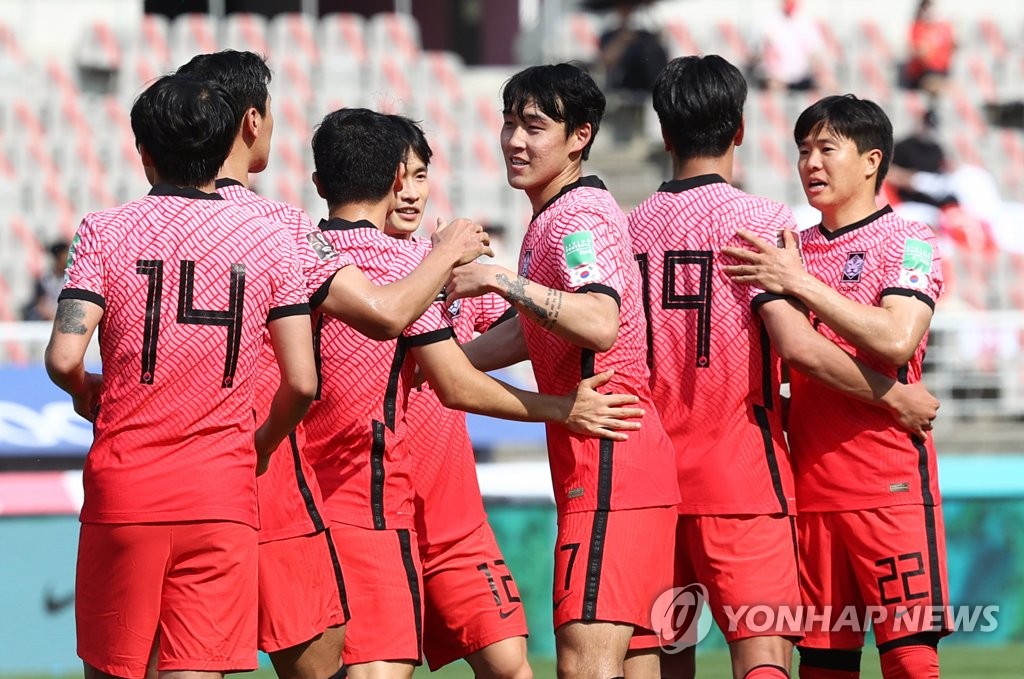 South Korea had already secured a spot in the third round before Sunday's kickoff. The only suspense was whether South Korea would finish out the second round undefeated with no goals conceded.

Fullback Kim Moon-hwan turned the ball over deep in his own zone. And when Mohamad Haidar sent a cross into the box, midfielder Lee Jae-sung botched his clearing attempt. The loose ball found Saad, who fired one in off the far post for a 1-0 Lebanon lead.

Prior to that goal, South Korea had never trailed at any moment during the second round. 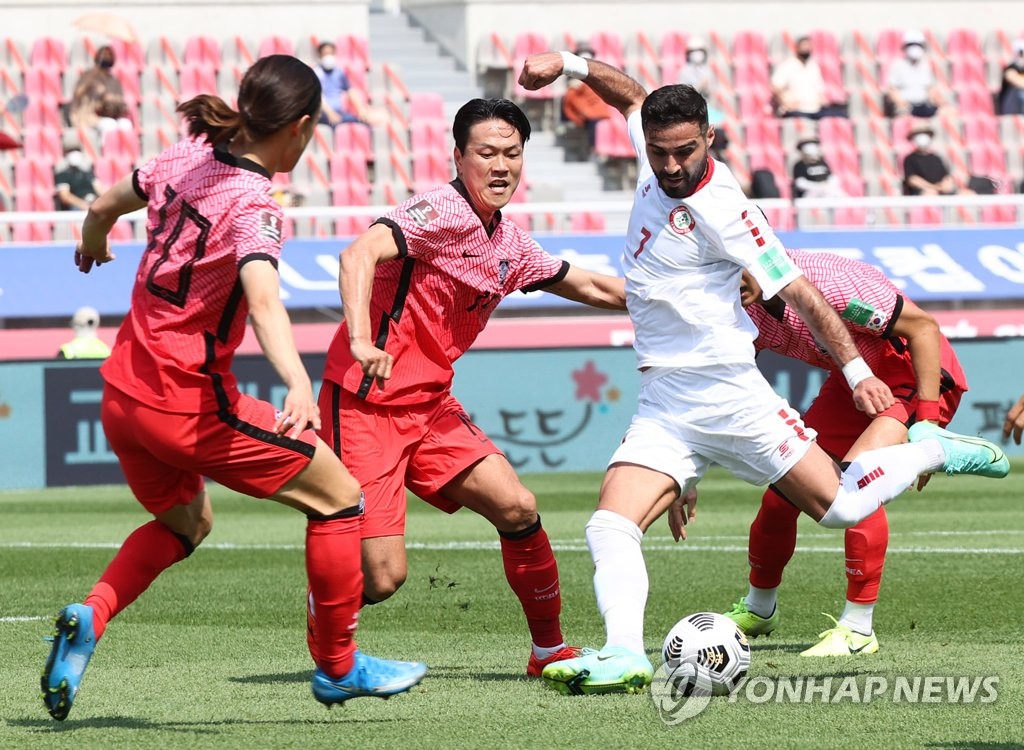 South Korea nearly responded five minutes later, when Lee Jae-sung's midrange strike traveled wide right of the target. South Korea dominated ball possession the rest of the first half, only to have shot after shot get blocked by a sea of Lebanese bodies.

In another close call for South Korea, Son Heung-min nearly chipped the ball into the open net in the 26th minute but defender Maher Sabra cleared it just before it crossed the goal line.

South Korea kept the pressure on to begin the second half, and it paid off in the form of Song's 50th-minute equalizer.

Song, the youngest South Korean player in the starting lineup at 21, tried to head in a corner kick from Son, and the attempt went off the face of defender Maher Sabra and sailed into the open net. 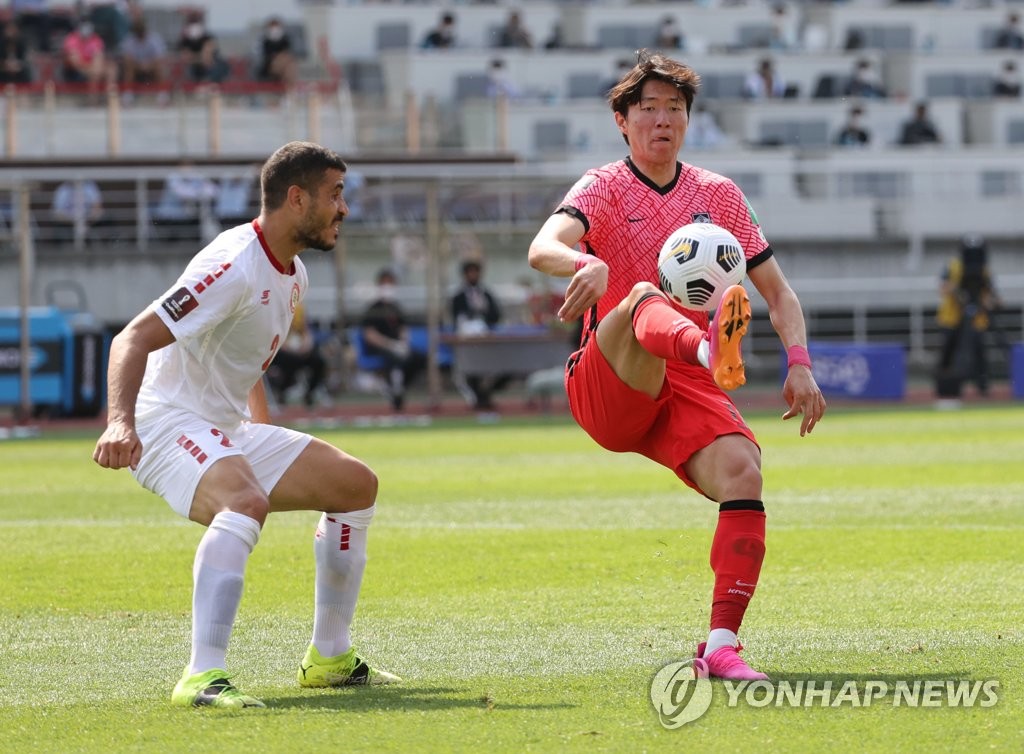 South Korea completed the comeback in the 65th minute, when Son converted a penalty for his first international goal since October 2019.

Son dribbled all the way in from the midfield to the top of the box and passed the ball off to Nam Tae-hee on the right side of the box. As Nam tried to cross it back to the middle, the diving defender Joan Oumari got his right hand on the ball, awarding South Korea with what turned out to be the decisive penalty.

South Korea remained in control of the match from that point and on, with Lebanon unable to mount much of a response. 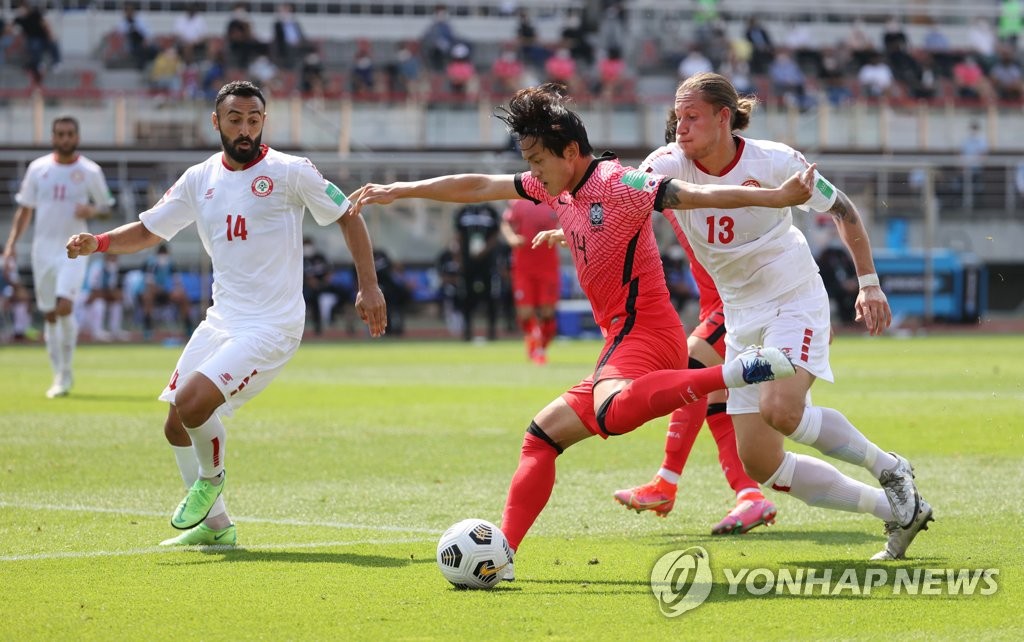 S. Korea beat Lebanon to wrap up undefeated run in 2nd round in World Cup qualifying

S. Korea beat Lebanon to wrap up undefeated run in 2nd round in World Cup qualifying