Kim congratulated Ko Kyong-chan, leader of the "Hero Workteam of the April 5 Pit at the Kumgol Mine under the Komdok Mining Complex," on his 60th birthday, the official Korean Central News Agency (KCNA) said.

The KCNA praised Ko and his team members as "heroes" for contributing to increased mineral production and for reaching their goals ahead of schedule for the first year of the five-year economic plan unveiled at a party congress in January.

It is rare for Kim to deliver such a gift to an ordinary miner on his 60th birthday. Such a gift has usually been granted to independence fighters and those aged 100 or older.

The North appears to be stressing the achievements of miners from the Komdok region that have helped build a more self-reliant economy during the 1970s by exporting minerals.

Last year, Kim disclosed a plan to turn the Komdok area into the country's "model mountainous city," and vowed to build around 25,000 homes in Komdok and other typhoon-hit areas. 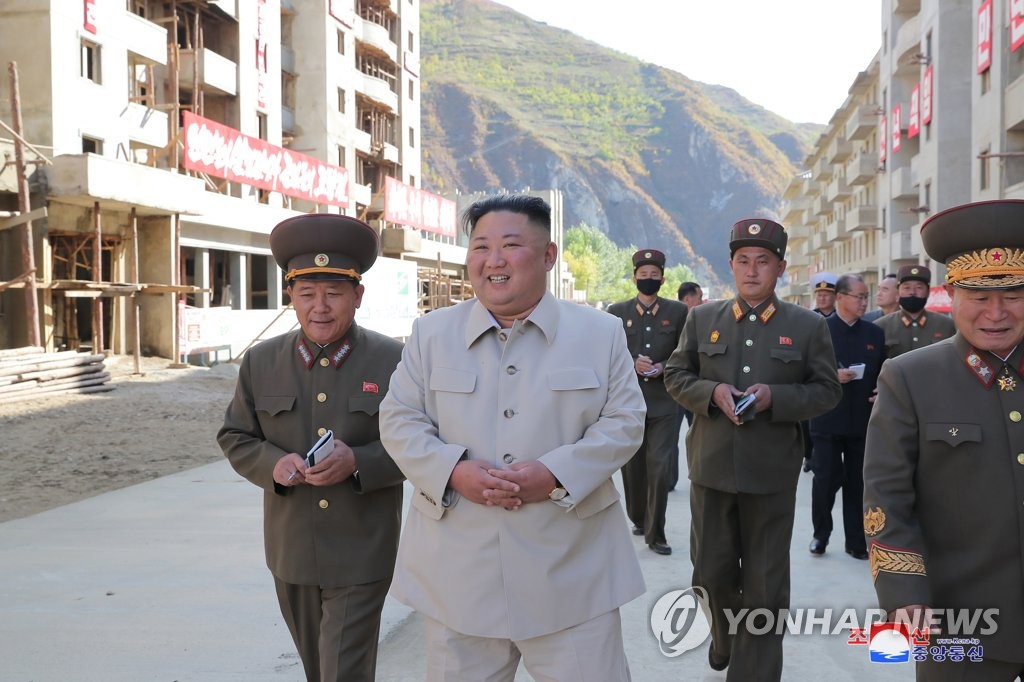