SEOUL, June 14 (Yonhap) -- A parcel delivery worker has suffered a cerebral hemorrhage caused by overwork and fallen into a coma, a couriers' advocacy group said Monday.

According to the group, the 47-year-old employee at Lotte Global Logistics Co.'s branch in Seongnam, just south of Seoul, was sent to a hospital after showing abnormal symptoms, such as stiffness of the body, while he was sleeping at home early Sunday morning.

The courier, surnamed Lim, underwent surgery for a serious case of a cerebral hemorrhage but remained in critical condition in a coma, the group said.

Lim has worked for over two years for the logistics arm of retail giant Lotte Group, where he was reported to face chronic overwork.

Lim had often complained of fatigue as he was made to work six days a week, sleeping only two hours a day, due to a heavy workload, according to the group.

He was assigned to handle around 6,000 parcels per month, or about 250 every day, it said. 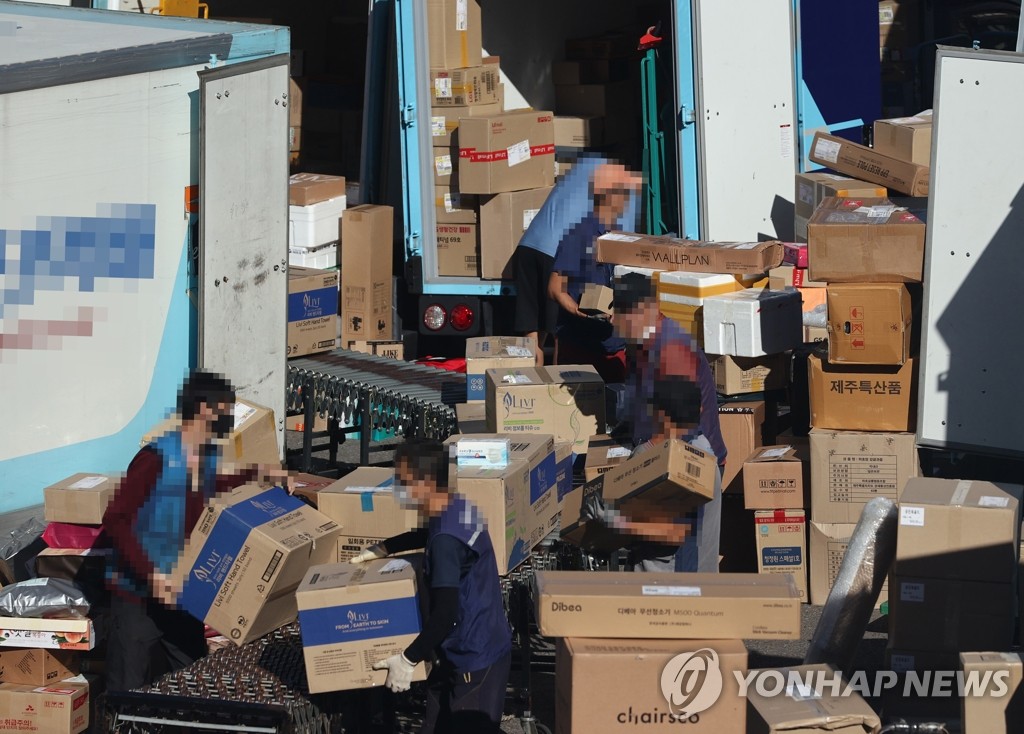 "Couriers dying from apparent overwork is an ongoing problem," the group said, calling for the logistics firm to apologize to the patient and his family.

The group also called for the company's implementation of an agreement on preventing overwork, reached by the delivery workers' union, the country's leading logistics firms, including Lotte Global, and the government in January.

The January deal was sealed in the wake of the deaths of 16 delivery drivers last year, apparently due to overwork.

Under the deal, the companies agreed to take responsibility for the heavy workload of sorting parcels at distribution centers, which have tormented delivery workers.

The three sides have been in talks on the timing of the full implementation of the agreement, but the union launched a general strike last week, saying that the logistics firms have demanded the postponement of the execution by one year. 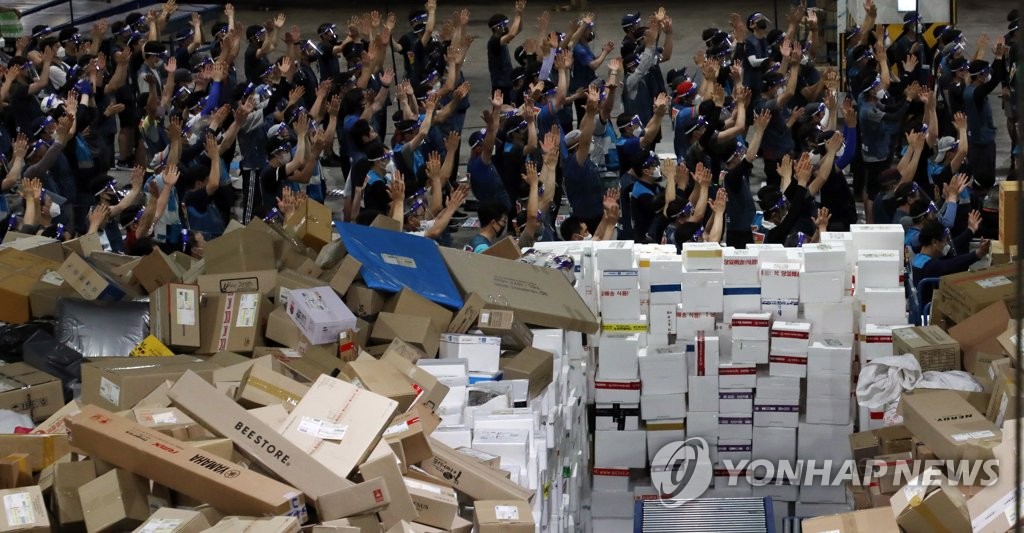 Delivery worker in coma after collapsing from overwork: workers' group

Delivery worker in coma after collapsing from overwork: workers' group