He pointed out South Korea's efforts to emerge as a "global vaccine production hub."

"If that is the case, North Korea would be a partner for cooperation, of course," Moon said during joint press conference with his Austrian counterpart Alexander Van der Bellen following their summit talks at the Hofburg Palace in Vienna.

"If North Korea agrees, (we) will push proactively for cooperation on vaccine supplies for it," he added, as he emphasized the importance of ensuring equitable vaccine access for developing countries in order to overcome the coronavirus crisis. 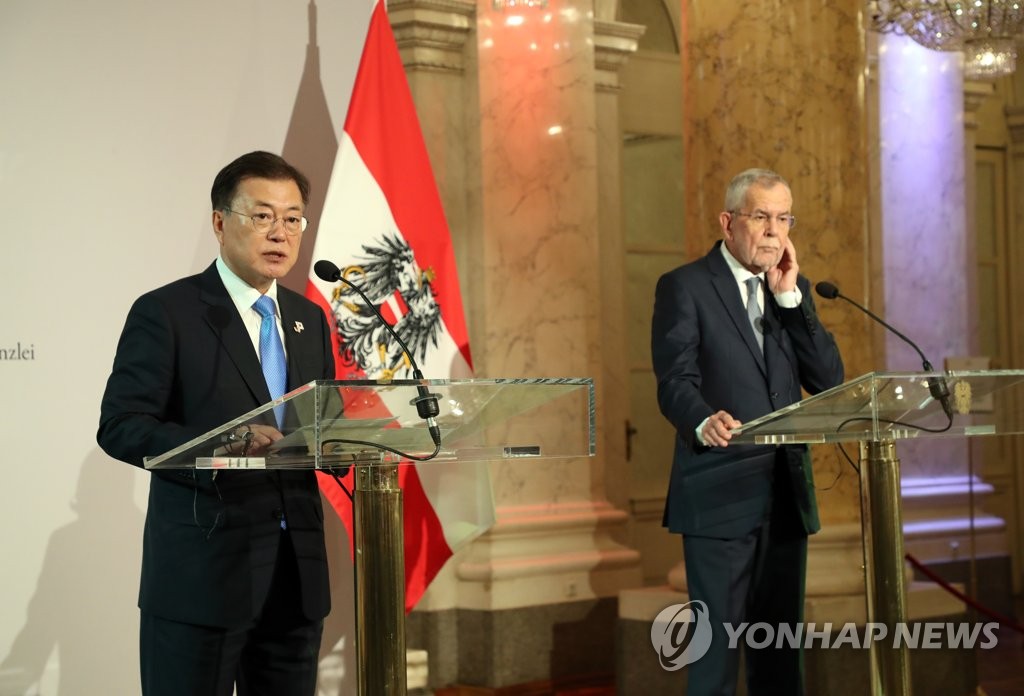 Moon added that the United States is actively supportive of humanitarian cooperation with North Korea.

Moon had his first face-to-face summit talks with U.S. President Joe Biden at the White House in late May. Biden expressed support for inter-Korean dialogue.

"I hope for a positive response from North Korea," Moon said. "Should South-North dialogue and cooperation be expanded, it would play a virtuous cycle role to facilitate North Korea-U.S. dialogue."

Last year, South Korea launched the Northeast Asia Cooperation Initiative for Infectious Disease Control and Public Health, which also involves the U.S., China, Russia and Mongolia. Moon proposed that North Korea join the forum as well, but it has not shown any formal response. 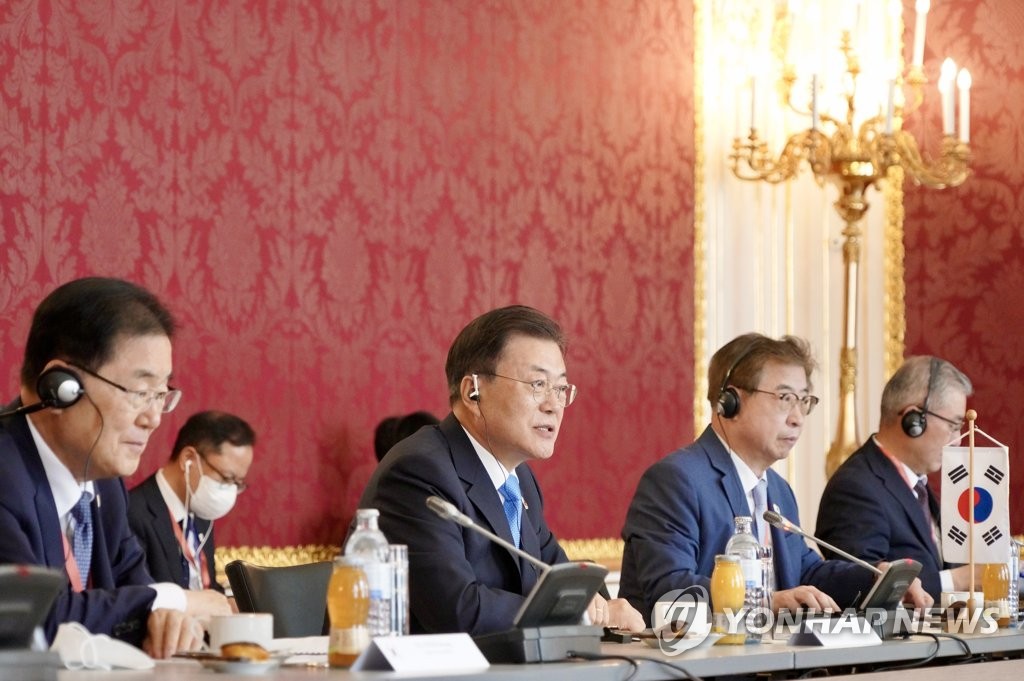 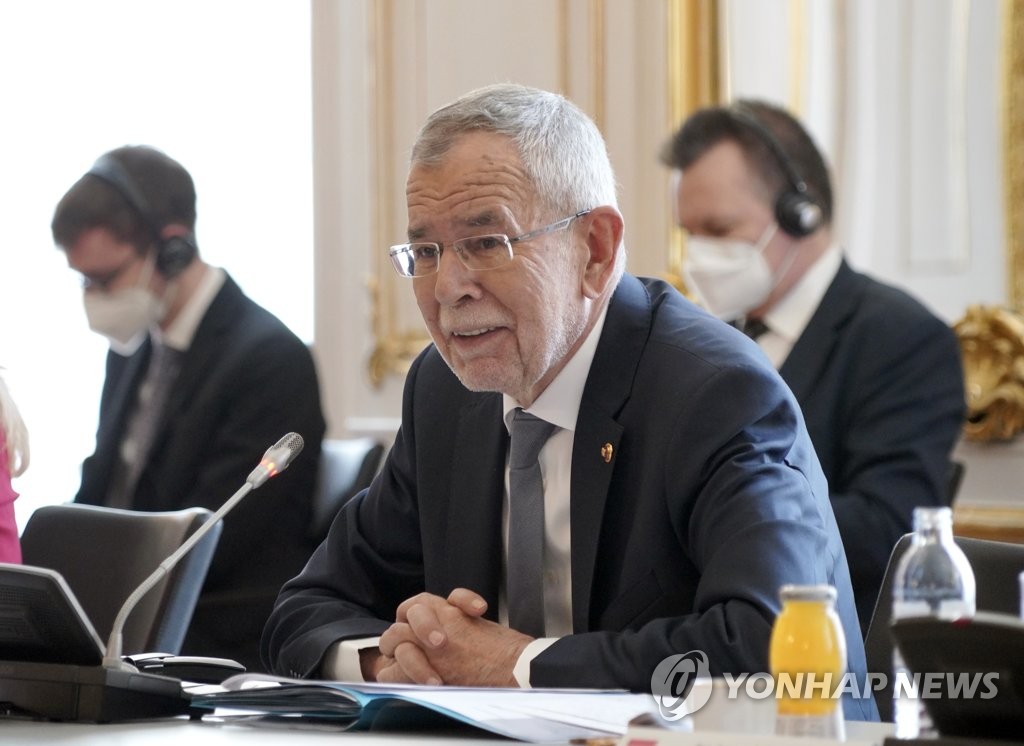 The Austrian leader echoed Moon's view. He said every nation should make efforts together to end the pandemic.

It is important for all nations to get vaccines, he said, adding that North Korea is not an exception.

"We are not aware of whether North Korea has taken any position with regard to that and there exist relevant data (on its coronavirus situation)," he said. "In case of any signal from North Korea (for requesting help), we will of course help."

In their summit, the two leaders also discussed such other issues as bilateral relations and climate change. 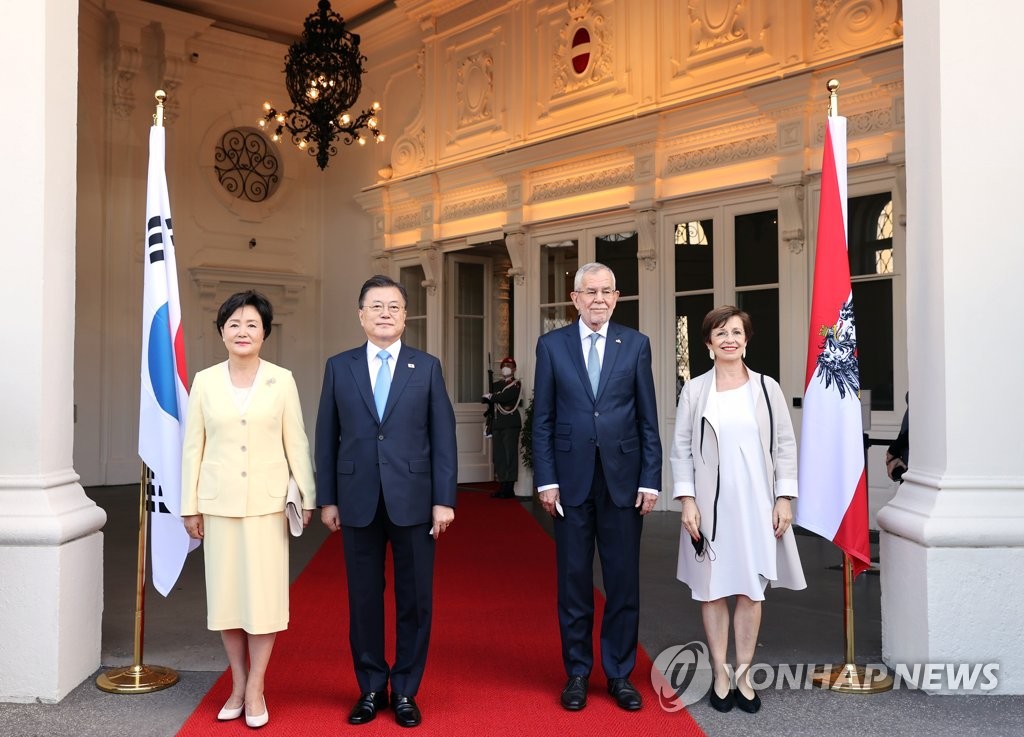 They especially agreed to continue collaboration for synergy between Austria's prowess in science and technology and South Korea's advanced business sector, according to Moon's office Cheong Wa Dae.

Moon pointed out that two-way trade volume had increased 11 percent to US$2.7 billion in 2020 from $2.4 billion a year earlier despite the pandemic.

Moon and van der Bellen agreed to work together for the vision of net-zero carbon emissions. 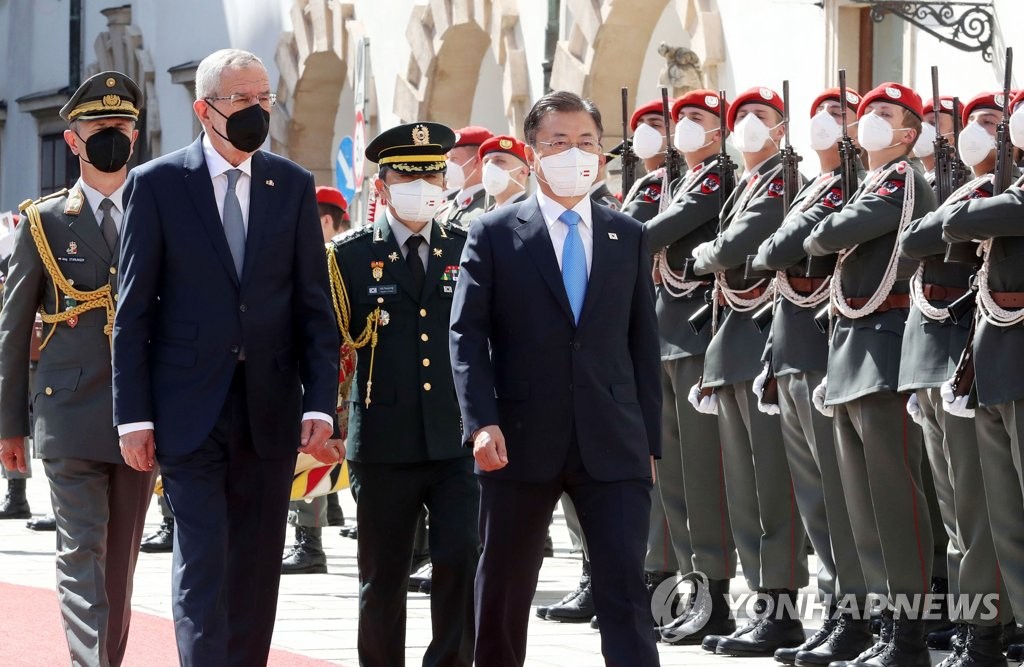 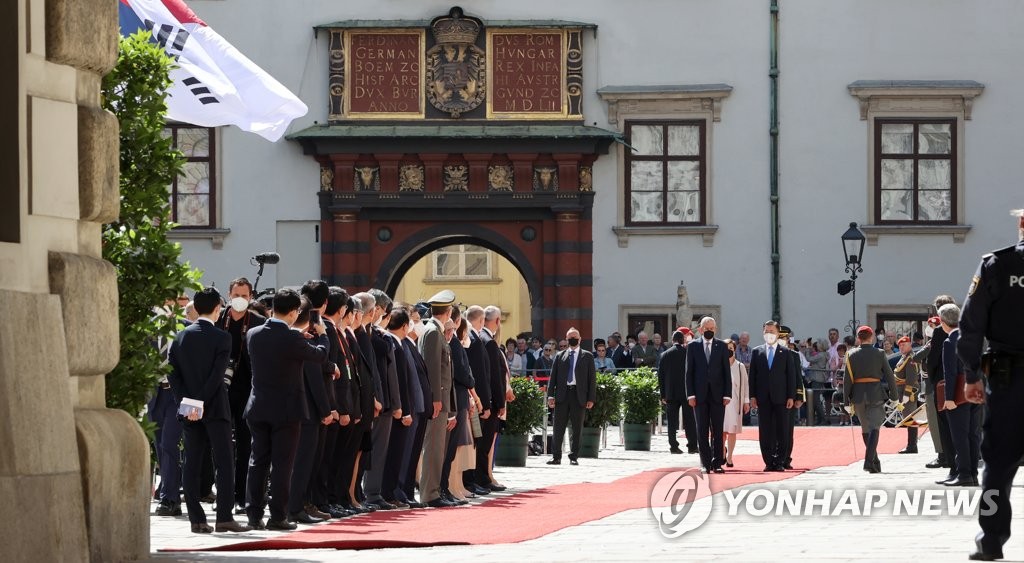 On the Korea peace process, Moon requested continued support from Austria, a global leader in the disarmament and nonproliferation fields. Austria is home to more than 40 international organizations, such as OSCE, IAEA and CTBTO.

The Austrian president reaffirmed his country's unswerving support for Seoul's campaign to establish peace on the peninsula.

Right after their talks, the two attended the signing ceremony of a pact on promoting cultural cooperation.

Earlier in the day, Moon attended an official welcoming ceremony at the palace. Austria is the second leg of his three-nation Europe tour. He joined a G-7 summit in Britain and plans to make a state visit to Spain from Tuesday.

He arrived in the Austrian capital on Sunday evening for a state visit, becoming the first South Korean president to travel formally to Austria since the two nations forged diplomatic ties in 1892. 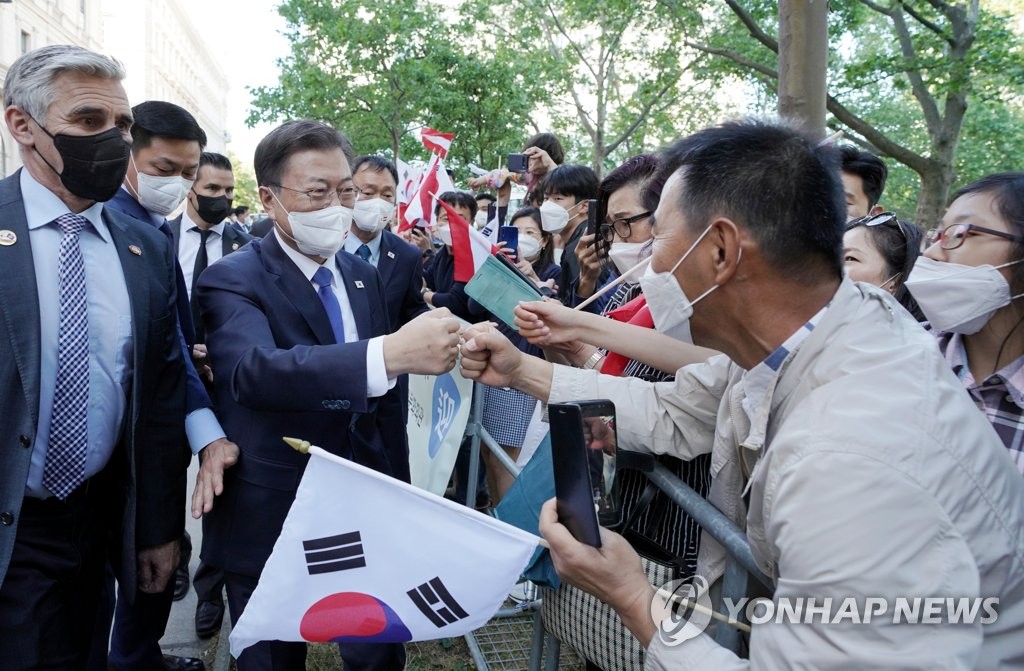