SEOUL, June 14 (Yonhap) -- The issue of China did not come up during South Korea's discussions with the Group of Seven (G-7) countries last week, a senior foreign ministry official said Monday.

Second Vice Foreign Minister Choi Jong-moon made the remark during a radio interview, dismissing speculation that attending the gathering in Britain put Seoul in an awkward position as it might appear that South Korea has chimed in with the G-7 countries on their unified front against an assertive China.

In the joint communique issued after the summit, the G-7 nations -- the United States, Britain, Canada, Italy, Germany, France and Japan -- called on China to respect human rights and fundamental freedoms in relation to its Xinjiang region and Hong Kong -- highly sensitive issues for Beijing.

"No such discussions (on China) took place during the three meetings between the G-7 and the guest countries -- South Korea, Australia, India and South Africa," Choi said in the interview with MBC Radio.

Choi said the three expanded G-7 meetings, in which South Korea participated, were unrelated to the G-7 communique as they largely focused on issues like health security, climate change, open societies and economy.

The joint statement on these subjects, which Seoul has signed, highlights the values of democracy and human rights but has no mention of China.

Choi reiterated the government's stance that the U.S. and China are equally important to South Korea.

"The United States is our only ally, and the South Korea-U.S. alliance is the foundation of our diplomacy and security policy. At the same time, China is our closest neighbor and biggest trading partner," he said.

"Under this stance, we are responding with consistency when there are discussions about China in the international community," Choi said.

President Moon Jae-in attended the three-day meeting in the British county of Cornwall that ended Sunday. Although not a member of the wealthy nations' club, South Korea was invited as a guest, along with Australia, India and South Africa. 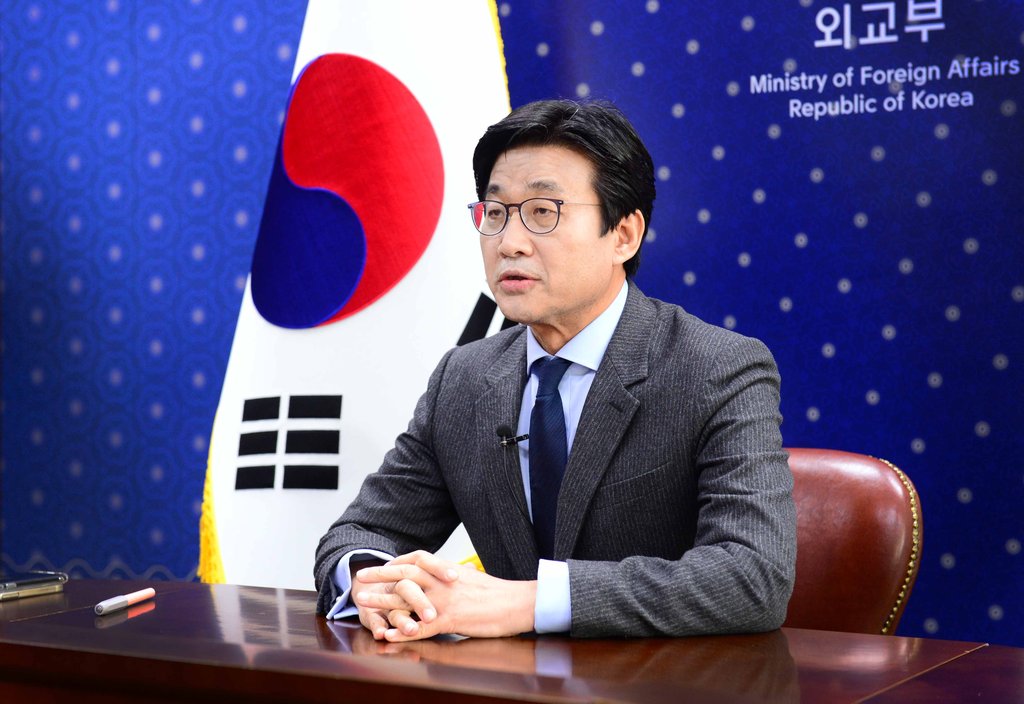