SEOUL, June 14 (Yonhap) -- The chief executive officer of Hyundai Heavy Industries Co. and 17 others have been indicted in connection with five deadly workplace disasters at the company, prosecutors said Monday.

The suspects, including the CEO and former and current senior managers at the shipbuilder, were charged with violating industrial safety laws or professional negligence resulting in death, according to the Ulsan District Prosecutors Office.

Hyundai Heavy Industries, which is headquartered in Ulsan, 414 kilometers southeast of Seoul, saw five deadly accidents between September 2019 and May 2020, including the death of a worker who was asphyxiated inside the decks of an LNG carrier.

The Ministry of Employment and Labor said it conducted regular and special safety inspections at the company between September 2019 and July 2020 and found 635 cases of safety hazards.

Prosecutors said the CEO was indicted in accordance with a set of toughened sentencing guidelines for industrial safety disasters and that they will continue to levy heavy punishments for similar cases as allowed by the law. 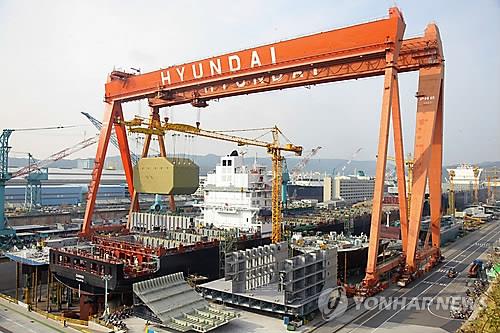