SEOUL, June 15 (Yonhap) -- South Korea's daily new COVID-19 cases remained under 400 for the second day in a row Tuesday on fewer tests over the weekend as the country's vaccination drive picks up steam with 1 in 4 South Koreans receiving at least one jab.

The latest tally is down from 399 cases on Monday and 452 on Sunday, and marks the lowest since March 23, when the country reported 346 cases.

Later in the day, health authorities and local governments reported 453 new cases as of 6 p.m., up 169 from the same time the previous day, due to the increased number of COVID-19 tests compared with the weekend. Those from the greater Seoul area accounted for 79 percent. 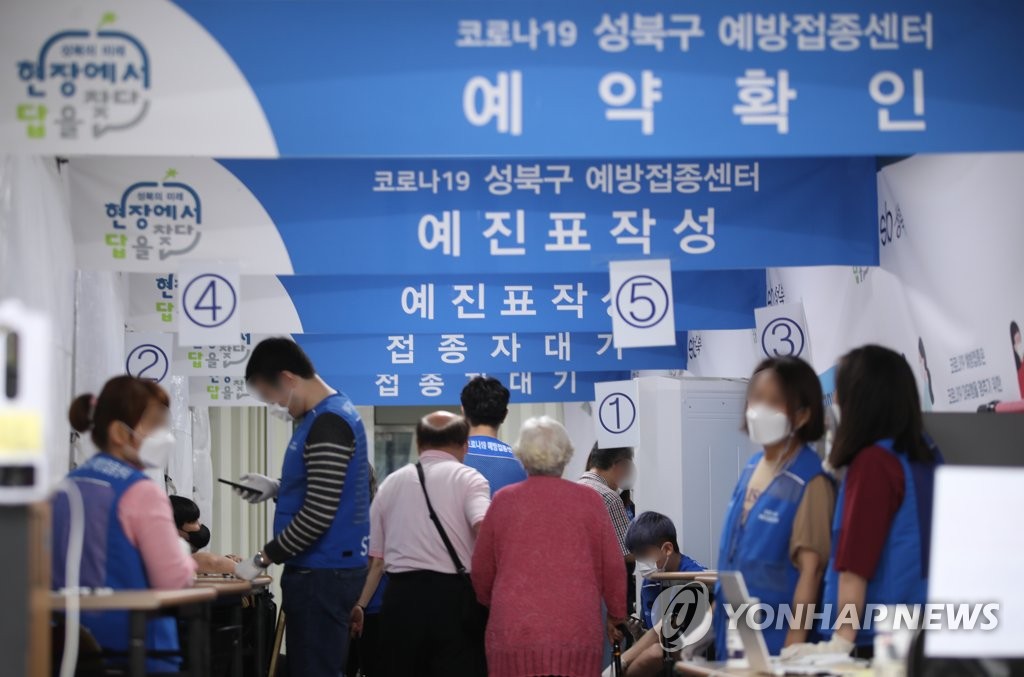 Under the revamped four-tier scheme, authorities plan to ease business curfews, with restaurants and entertainment facilities in the capital area permitted to operate until midnight, an extension from the current restrictions until 10 p.m.

Health authorities said they will announce the revamped distancing rules set to be implemented next month this coming Sunday.

The health authorities, however, are juggling an option to implement a three-week transition period that will gradually lift restrictions for a smooth landing to curb an explosion of social activity and the potential spread of the virus.

For example, the greater Seoul area, which will likely be under the new Level 2 social distancing rules, will allow private gatherings of six or less during the three-week period before the cap is raised to eight.

The curfew extension in the wider Seoul area will also likely be postponed until after the three-week period.

Although the country's vaccination campaign has picked up, health authorities remain wary that the current level of vaccinations is not enough to put the brakes on the current spread of the virus.

The country has already eased some restrictions ahead of the new virus restrictions, allowing outdoor sports venues under Level 2 to fill 30 percent of their seating capacity since Monday, compared with the previous 10 percent. 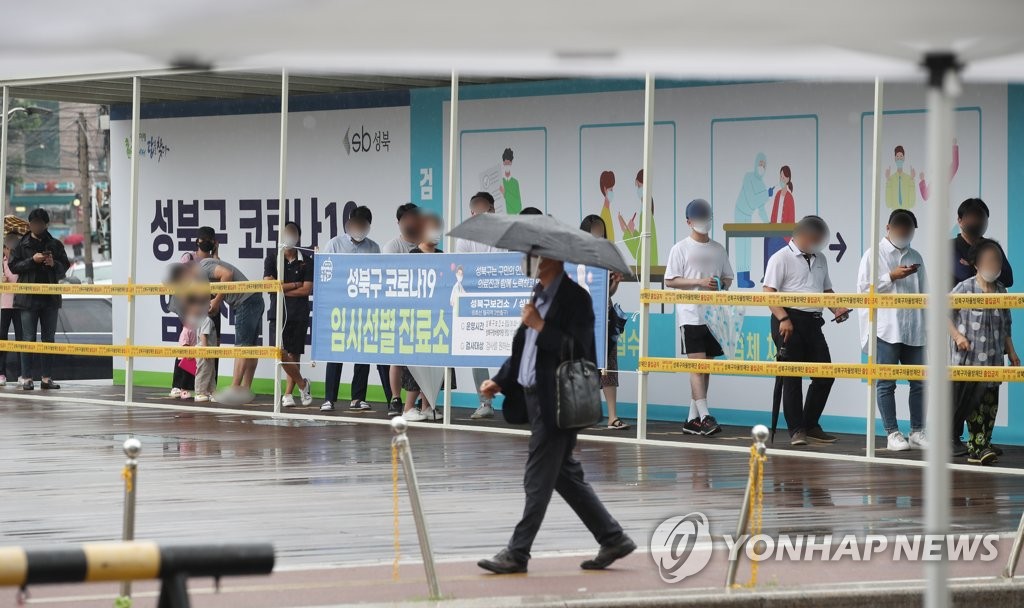 The country's vaccination campaign has also accelerated, with health authorities aiming to inoculate up to 14 million people with at least one vaccine dose by the end of this month and 36 million, or around 70 percent of its population, by September to achieve herd immunity in November.

Health authorities said in a briefing that the country has inoculated 13 million people with at least one vaccine dose as of 2:30 p.m. Tuesday. The country launched its vaccination campaign in late February.

Health authorities said inoculations with Moderna's vaccine will start this week once its approval process is completed later in the day.

The country received 55,000 doses of Moderna's two-part vaccine earlier this month, which will be used to inoculate medical workers aged below 30.

Health authorities also said that they are currently not considering prioritizing vaccinations for workers in the country's key industries, such as the semiconductor sector.

The country added 226 cases of major variants of the virus, raising such cases to 1,964 in total since December last year when it began testing for the strains.

Health authorities acknowledged that the Delta variant is more transmissible but added that complete vaccinations can protect against the strain, citing British analysis.

Of the 347 newly confirmed locally transmitted cases, 128 came from Seoul, 118 from Gyeonggi Province and 11 from Incheon, 40 kilometers west of the capital.

There were 27 additional imported cases, raising the total to 9,391.

The total number of people released from quarantine after making full recoveries was 139,733, up 711 from a day earlier.