SEOUL, June 15 (Yonhap) -- An international peace forum set to take place on the southern island of Jeju later this month seeks to serve as a multilateral dialogue platform for discussions on ways to promote peace on the Korean Peninsula and in Northeast Asia, the organizer said Tuesday.

The annual Jeju Forum for Peace and Prosperity is due to kick off June 24 for a three-day run, bringing together dozens of speakers and guests here and abroad in an online-offline hybrid format amid the COVID-19 pandemic.

"We've seen many paradigms in history that have helped secure peace and security. If you look at the course of the collapse of the Cold War, like in Europe, you can see that peace was secured through dialogue and cooperation," Han In-taek, president of the Jeju Peace Institute, said in a media briefing.

"The Jeju Forum is intended to provide an occasion for a multilateral security dialogue, with hope that if we can bring that kind of paradigm into Northeast Asia, it will help promote peace in the region," Han said.

A key theme for this year's conference is "commemorating the past and preparing for the future," as this year marks the 30th anniversaries of historical milestones for Korea, such as the joint accessions to the United Nations by the two Koreas and the 1991 South Korea-Soviet Union summit in Jeju between Gorbachev and then President Roh Tae-woo.

To this end, the forum will offer sessions reflecting on such key events around the time of the end of the Cold War and implications it has on the Korean Peninsula and the surrounding region at the present day, Han said.

In relation to the COVID-19 pandemic, the institute also plans to unveil the outcome of its study on countries' resilience to the pandemic and measures the countries took to minimize the economic fallout, Han added. 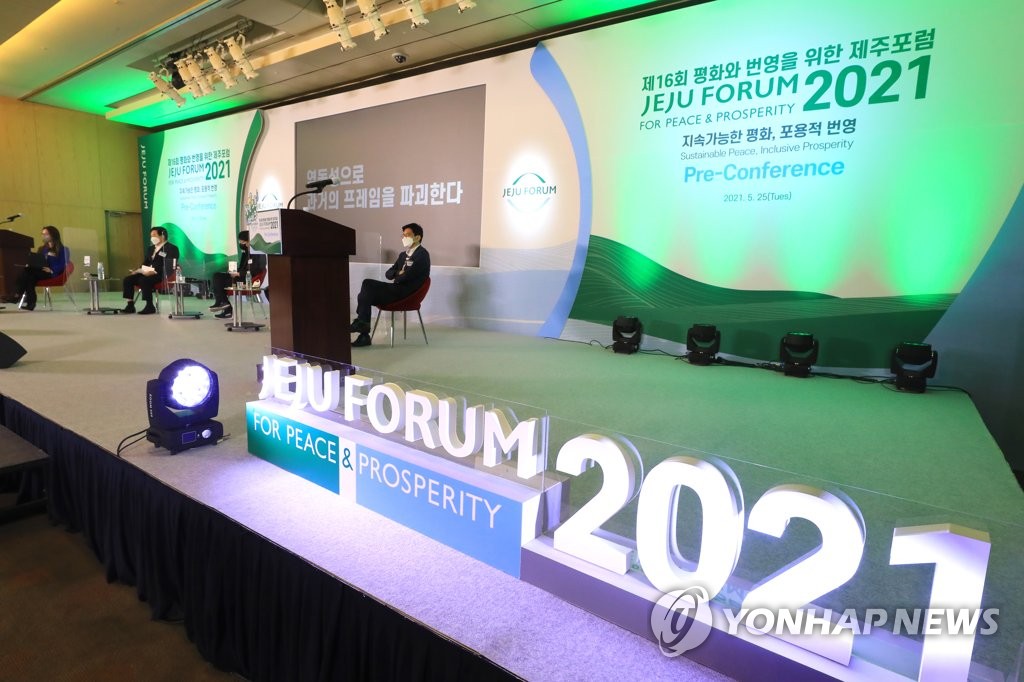