SEOUL, June 15 (Yonhap) -- South Korea's prime minister on Tuesday urged Pyongyang to engage in dialogue with Seoul in hopes of reviving the stalled peace process on the Korean Peninsula.

"I earnestly ask that you return to the table of dialogue and reconciliation in order for the Korean Peninsula's clock of peace to move forward again," Prime Minister Kim Boo-kyum said at an event in Seoul marking the 21st anniversary of the landmark first inter-Korean summit in June 2000. 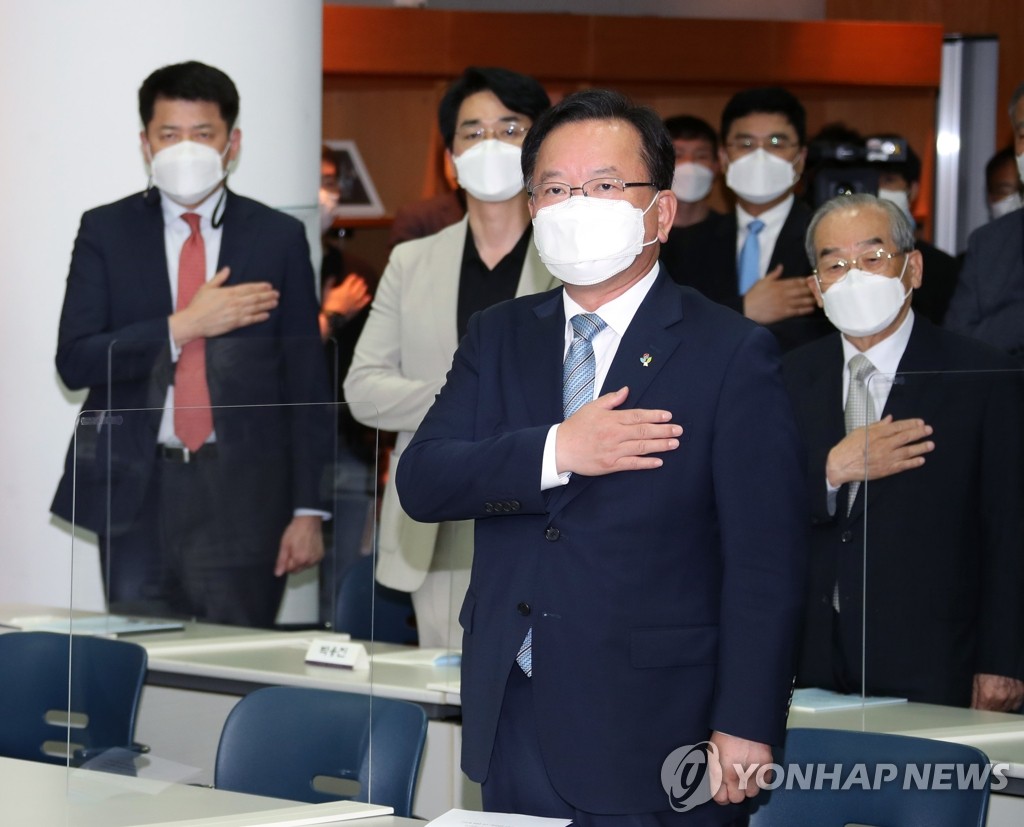 Tuesday marked the 21st anniversary of the June 15 Declaration adopted during the summit in Pyongyang in 2000 between then South Korean President Kim Dae-jung and then North Korean leader Kim Jong-il.

Relations between the two Koreas have remained chilly since a no-deal summit between Pyongyang and Washington in February 2019, with the North not responding to offers for talks and cross-border cooperation.

The prime minister also said that conditions to reboot the stalled Korean peace process were "ripe," highlighting the results of a recent Seoul-Washington summit, in which U.S. President Joe Biden stressed Washington's willingness to engage diplomatically with Pyongyang and take pragmatic steps toward the goal of denuclearization.

Kim also called for cooperation projects with the North in dealing with the COVID-19 pandemic, as well as "small but important" initiatives, such as online reunions of family members who have been separated between the two Koreas since the 1950-53 Korean War.