Around 4,000 workers belonging to the Parcel Delivery Workers' Solidarity Union showed up at Yeouido Park, western Seoul, in the afternoon for an overnight protest.

"End sorting jobs that kill workers," chanted workers wearing vests with a statement, "Logistics companies should be responsible for sorting parcels," on their backs. They also called logistics firms and the government "liars." 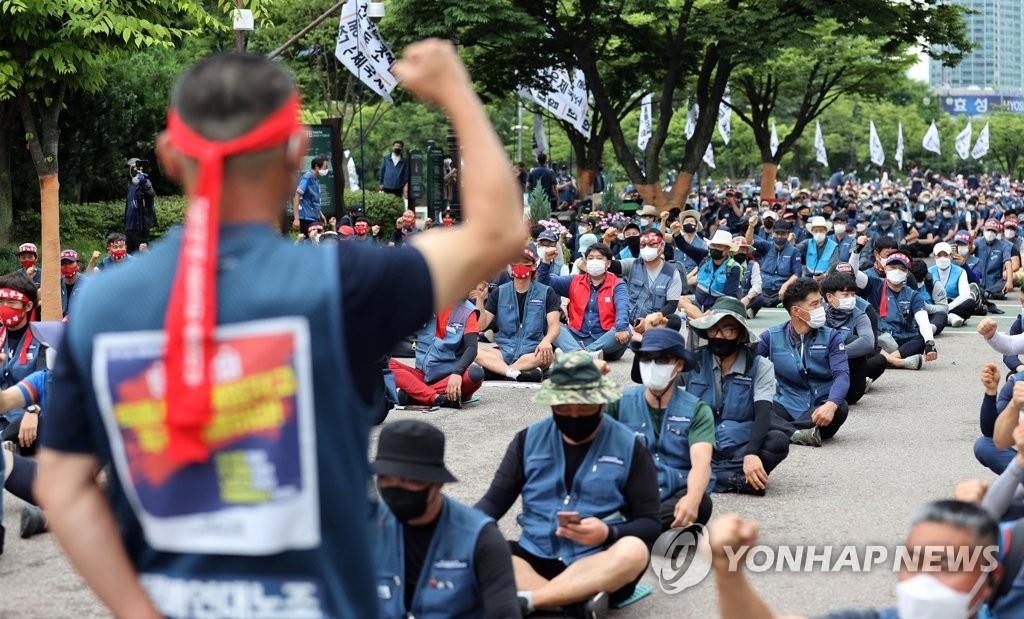 The overnight protest was timed with the resumption of the final meeting over the implementation of overwork prevention measures.

Protesters briefly clashed with police who ordered them to disperse citing an unlawful assembly amid the COVID-19 pandemic.

"The core issue to solve overwork deaths lies in sorting operations," the union said before starting the protest. "Only when we make sure that sorting parcels becomes logistics firms' responsibility will workers be freed from unpaid, long working hours," it said.