SEOUL, June 15 (Yonhap) -- A local court has ordered the Japanese government to disclose its assets in South Korea as part of efforts to secure reparations for 12 "comfort women" who were forced into sexual slavery for Japanese troops during World War II, judicial sources said Tuesday.

The Korean women filed a request for a list of Tokyo's assets in South Korea in April after the Japanese government refused to comply with a January court ruling that ordered Tokyo to pay 100 million won (US$89,500) in reparations to each of the 12 plaintiffs. 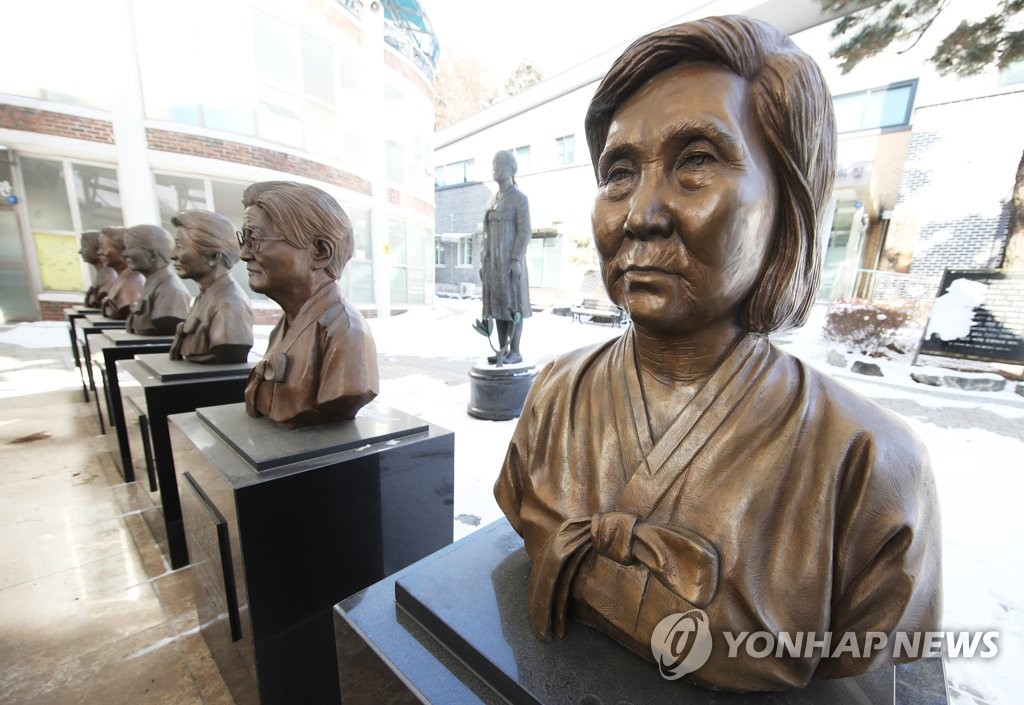 "The debtor must submit a list of its assets by the deadline," Judge Nam Seong-woo of the Seoul Central District Court said in a ruling last Wednesday.

"Any tensions that could result from the forced execution (of the compensation ruling) , such as a deterioration of (South Korea's) relations with Japan and economic retaliation, are the exclusive domain of the executive branch and go beyond the scope of the judiciary," he added.

Japan has invoked the doctrine of sovereign immunity to argue it is immune from all civil suits in foreign courts. It has also insisted that all claims related to its 1910-45 colonial rule of the Korean Peninsula were settled under a 1965 treaty that normalized bilateral ties.

The court has countered that the doctrine does not apply to "systematic crimes against humanity" and war crimes.

Historians estimate that 200,000 women, mostly from Korea, were forced to work in Japanese front-line brothels during the war.