The 12-person cruise ship navigated through the narrow 10-kilometer Pohang Canal in the port city, 302 kilometers southeast of Seoul. 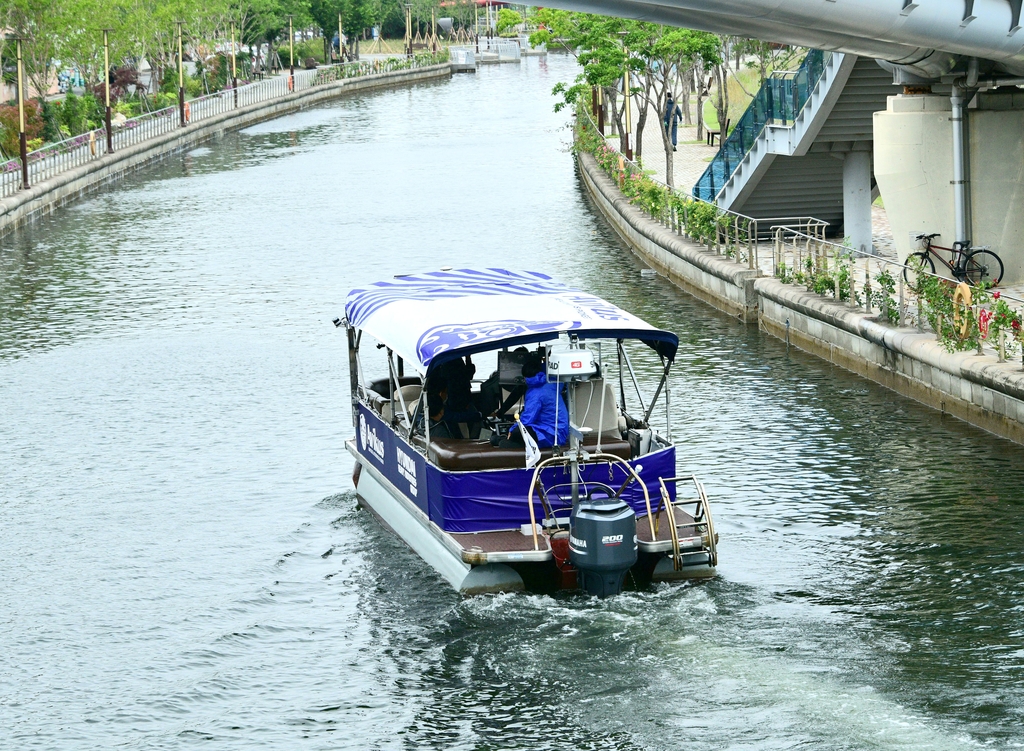 "The test-run marks the first success in South Korea and is significant in that the ship sailed with the autonomous navigation system without crew members' control," said an official from the shipbuilding behemoth.

The official said it is not technically equivalent to "degree four" of ship automation identified by the International Maritime Organization (IMO), as crew members were on board for safe sailing.

Degree four of a fully autonomous ship is the highest level of the degree of ship automation which refers to the stage that "the operating system of the ship is able to make decisions and determine actions by itself," according to the IMO.

Avikus Corp., which led the sea trial of the fully autonomous cruise ship, plans to go on a sea trial of a large merchant ship using its autonomous navigation technologies in cooperation as early as the second half of this year, HHIH said.

HHIH said the autonomous ship and related-equipment market is expected to grow an annual average of 12.6 percent to US$235.7 billion by 2028, citing data from global market research service provider Acute Market.

KT said its low latency 5G network allowed the sending of real-time sensor data of the ship's operations, including 360-degree video footage of the ship as well as LIDAR and radar information, allowing the ship to navigate autonomously.

The telecom operator said it will continue to work with Avikus to develop new business models for autonomous ships.

The move comes after KT bought a stake in Hyundai Heavy's robotics unit last year, with the goal of strengthening its competitiveness in smart factory and robot solutions.