BUSAN, June 16 (Yonhap) -- A landlord who reported a tenant for abandoning 14 cats in the apartment before moving out has bizarrely turned out to be the animals' owner, police said Wednesday.

Last week, a local ward office in this southeastern port city received a complaint from a person in their 20s who claimed a tenant had moved out of their apartment leaving 14 cats behind in a pile of garbage and abandoned household goods. 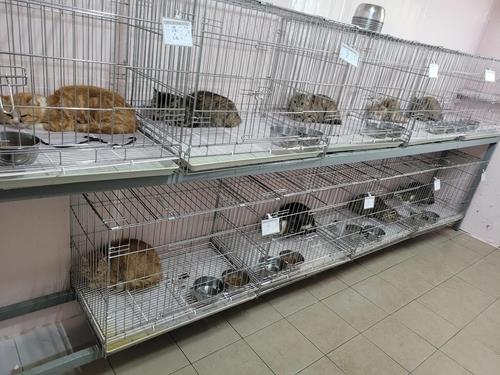 The ward office failed to reach the tenant and reported the case to the police on suspicion that the person had abandoned the animals after struggling to care for them. The cats were sent to an animal shelter.

When police began looking into the case, however, they soon discovered that there was no tenant involved. The landlord had fabricated a story to get the cats off of their hands.

"I couldn't take care of them so I looked for ways to get them adopted, but when I couldn't find any, I filed a false report," the landlord was quoted as telling the police. 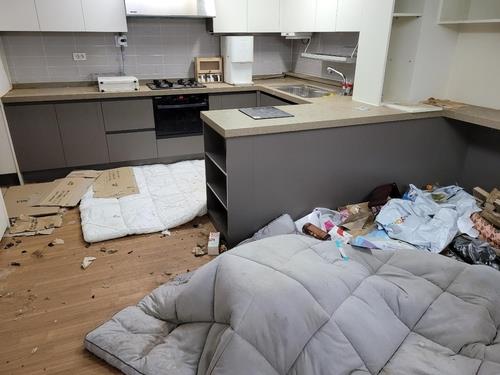 The odd turn of events has prompted a debate over how to punish the cat owner.

Police have said that from a legal standpoint, the landlord cannot be charged with animal abandonment because they reported the case to the ward office and had the cats rescued.

The only charge they plan to press is false reporting, a misdemeanor that carries a fine of up to 600,000 won (US$537), as opposed to a maximum 3 million won for animal abandonment.

Kim Ae-ra, who heads a non-profit for preventing animal abuse in Busan, said the notion that the landlord did not intend to abandon the cats is absurd.

"They filed a false report, and even after the case was reported in the news they didn't come to collect the cats from the animal shelter. How is that not abandonment?" she said. "They filed the false report in order to abandon the cats." 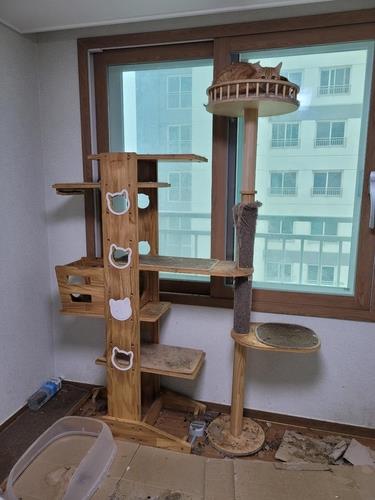 A public worker who handles stray animals said they often had suspicions that a person reporting an abandoned animal was in fact its owner.

And letting the landlord virtually off the hook could set a bad precedent, the worker said.

"From now on, people who want to get rid of their cats will want to file a false report with the ward office and pay only the fine for that."

The 14 cats are most likely to be euthanized because they are all adults with little chance of adoption, according to animal workers.

In Busan, there are two shelters that accept rescued animals and offer them for adoption, but they do not take pets from owners wanting to give them up.

According to the Ministry of Agriculture, Food and Rural Affairs, it registered a total of 32,764 abandoned cats last year.