SEOUL, June 16 (Yonhap) -- Thousands of unionized delivery workers continued their strike for a second day in Seoul on Wednesday, calling on logistics firms to implement an agreement on preventing overwork.

Around 4,000 workers belonging to the Parcel Delivery Workers' Solidarity Union resumed their protest, after spending a night outdoors in tents or on mats at Yeouido Park, western Seoul.

The overnight protest was timed with the resumption of the final meeting over the implementation of overwork prevention measures.

In the afternoon, the union, the government and logistics firms are scheduled to meet again to hammer out an agreement. 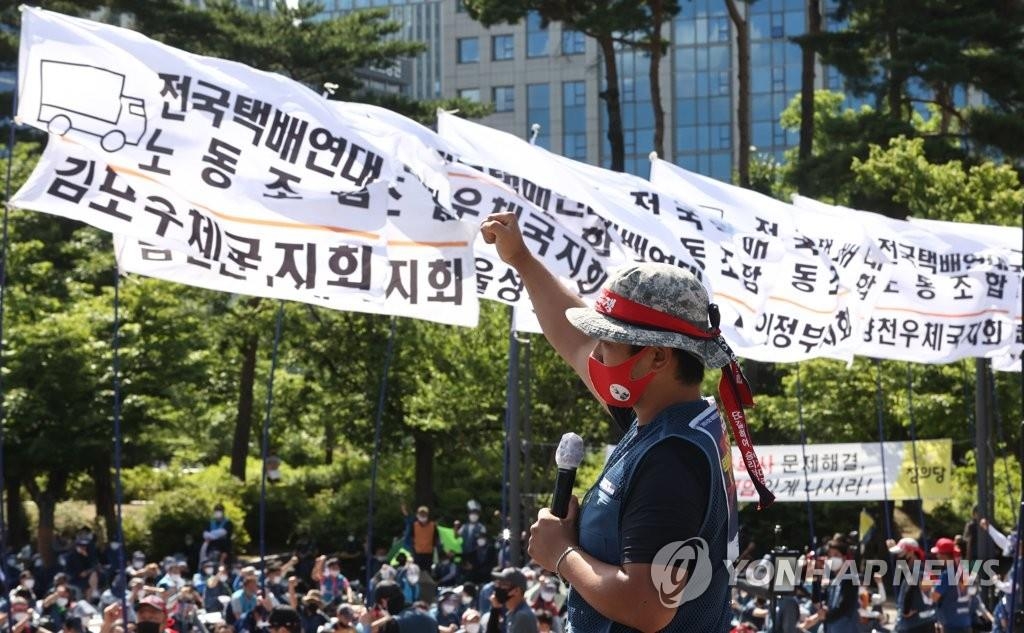 It is reported that the three parties have made good progress on many contentious points, including the date from which couriers are freed from sorting parcels. But the negotiation has dragged on, partly due to demands by postal service workers that a final draft specifically mention that Korea Post, the national postal service, will implement an agreement.

"Korea Post has demanded excessive parcel delivery from its workers and shifted the responsibility for work-related accidents to workers," they said in a press conference held in front of the National Assembly on Wednesday.

Postal service workers have reported their company for violating the Labor Standards Act. 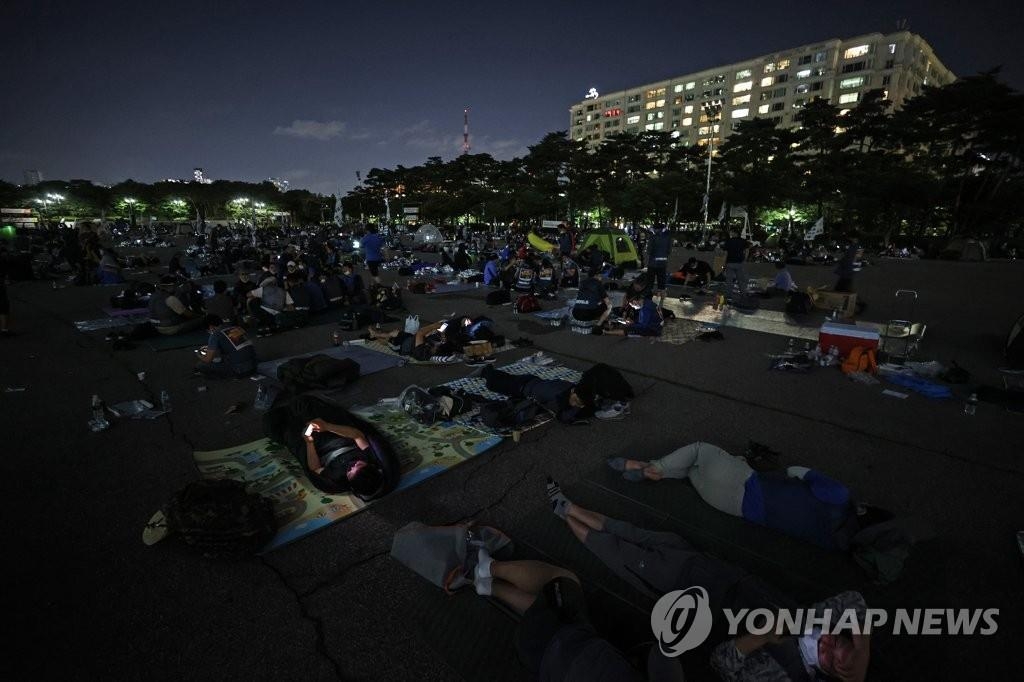