SEOUL, June 16 (Yonhap) -- The ruling Democratic Party (DP) will push to include not only universal COVID-19 stimulus checks and support schemes for small businesses but also special cashback rewards for credit card spending in the upcoming extra budget aimed at fighting the aftermath of the pandemic, the party's chairman said Wednesday.

"The DP and the government will draw up the extra budget based on a package of three measures -- additional aid for small businesses hit by (antivirus measures), disaster relief payments for all nationals and credit card cashback," Rep. Song Young-gil, the DP's chairman, said in his speech to a plenary parliamentary session.

The remarks came as the DP and the government are preparing to draw up a new round of supplementary budget to fight COVID-19, which will be the second of its kind so far this year.

Song vowed to dole out universal COVID-19 stimulus checks under the upcoming extra budget as early as ahead of the summer vacation season.

"The country's tax revenue increased by 32.7 trillion won (US$29.3 billion) in the first quarter of this year, compared with a year earlier. It will be sufficient enough to finance (a new round of) extra budget without issuing government bonds," the DP chairman said.

"The need for a responsible role by state financing is greater than ever in order to help the livelihoods of people, the private economy for small businesses and the employment market recover (from COVID-19 shocks)."

Elaborating on Song's parliamentary remarks, another DP official told Yonhap News Agency that the proposed cashback rewards aim to return in cash part of increased credit card spending in the third quarter from the previous quarter back to consumers in a bid to help buoy domestic consumption.

As the extra budget plan gains traction, the National Assembly is expected to soon start relevant discussion. But watchers expect a process of tough negotiations as Finance Minister Hong Nam-ki is reportedly against the DP-proposed universal stimulus check payment.

Hong said earlier this week that part of the increased tax revenue should be spent on paying back national debt. 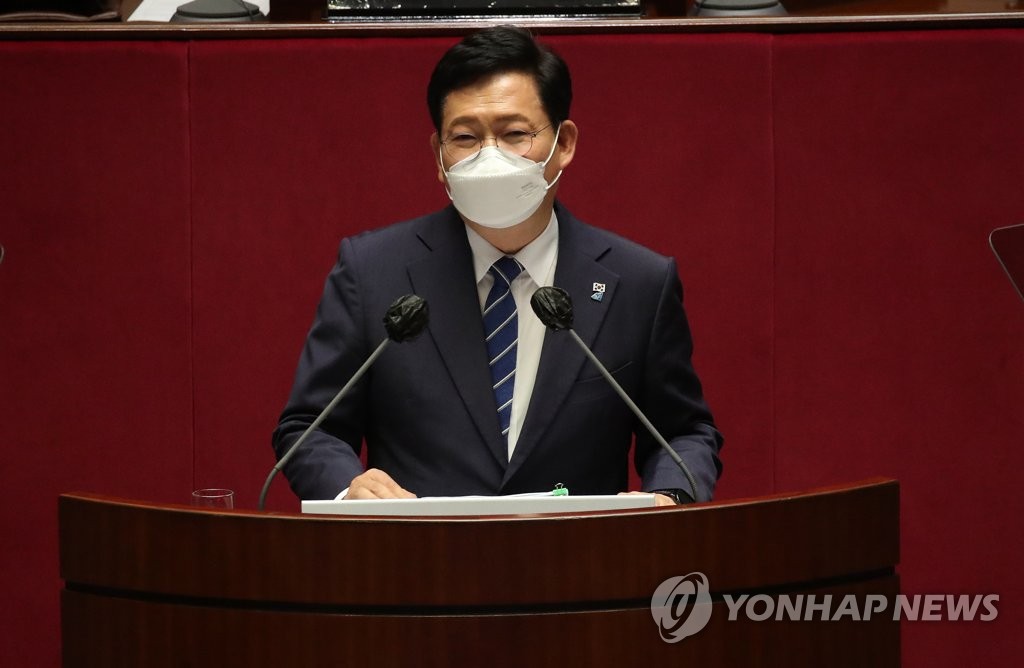