SEOUL, June 16 (Yonhap) -- The labor union of major display maker Samsung Display Co. said Wednesday its union leadership plans to go on strike next week, as the union and the management failed to narrow differences in wage talks, marking the first-ever walkout for the company.

The labor union said its six officials will first stage a walkout on Monday and will encourage more members to join the move.

It will be the first strike for any Samsung affiliate since Samsung Electronics Vice Chairman Lee Jae-yong, the de facto leader of South Korea's top conglomerate, promised last year to scrap the group's "no labor union" policy.

About 2,400, or around 10 percent of the firm's employees, are members of the labor union, and 91 percent of them voted for the strike last month.

The labor union was launched in February last year as a member of the Federation of Korean Trade Unions, one of the two largest local labor umbrella bodies. 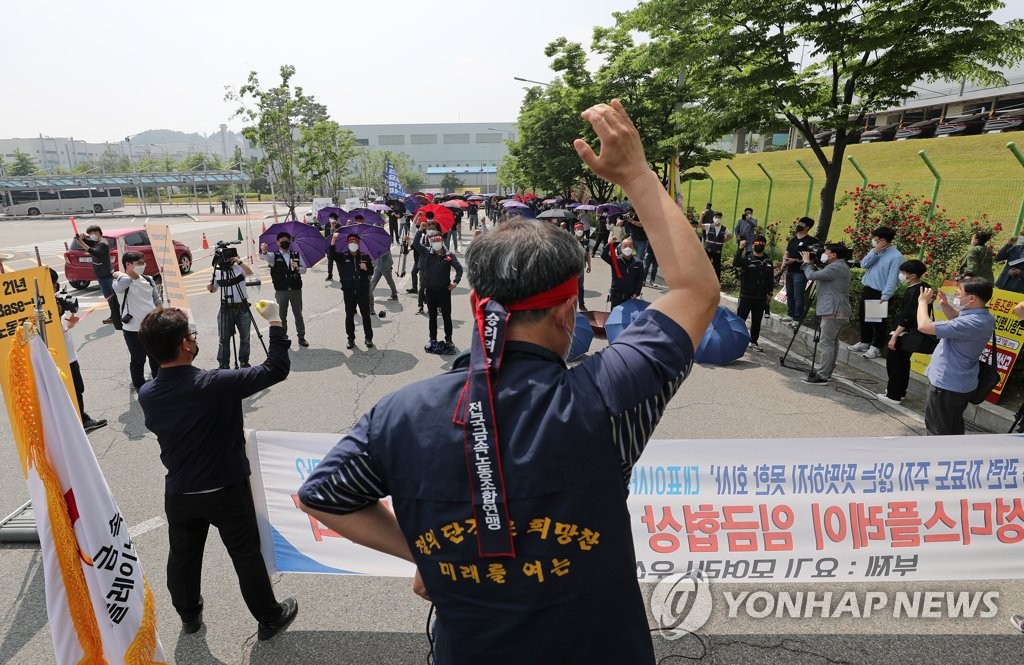