Jeonbuk will compete in Group H at the Asian Football Confederation (AFC) Champions League starting June 25. They have been gathered with Gamba Osaka of Japan, Tampines Rovers of Singapore and Chiangrai United of Thailand in Group H. All of their matches will be in Tashkent to minimize traveling and reduce COVID-19 infection risks.

Jeonbuk are two-time champions. They won their first title in 2006, and after finishing runners-up in 2011, they added the second title in 2016. 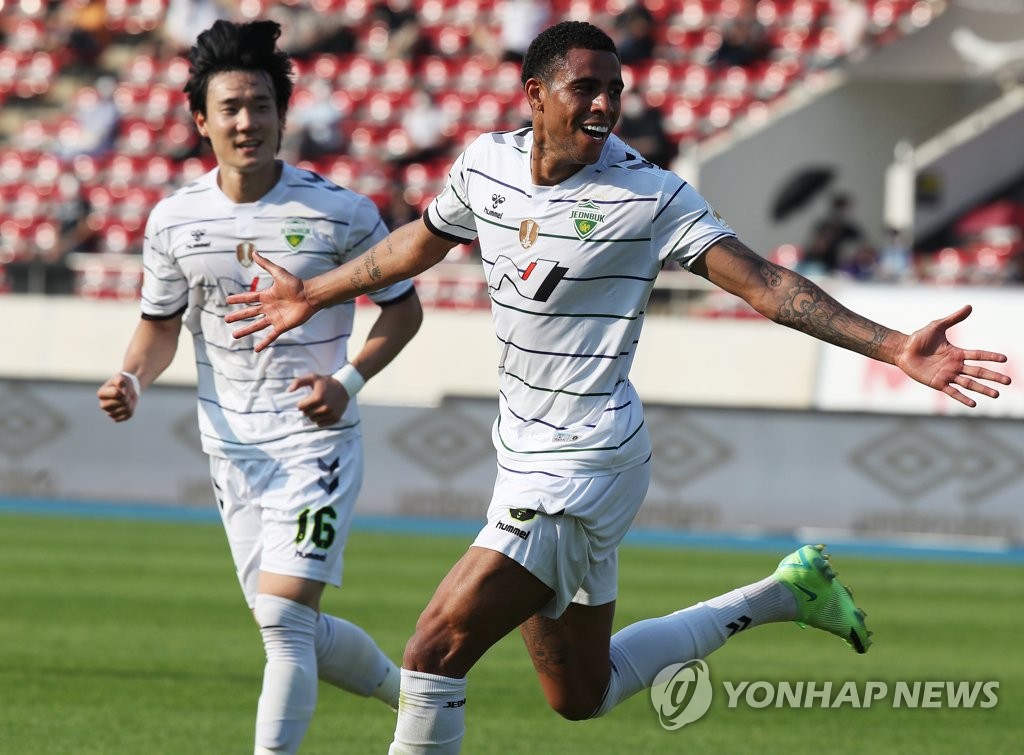 Since winning that inaugural trophy in 2006, Jeonbuk have played in the final every five years. If that pattern holds, they'll end up in the final this year.

"My expectations are as high as our fans'. I've heard all about the five-year thing," Kim said in an online interview on Wednesday. "We've been in the final every five years and our titles have come 10 years apart. We'll try to cut that in half and win again this year."

Jeonbuk still have much left to do, after only recently ending their seven-match winless slide in the K League 1. They sit three points back of league-leading Ulsan in a bid to win a record fifth straight league crown. At the Korean FA Cup late last month, they lost to a third-division club in the round of 16.

"We got off to a fine start but have had some problems of late. I've had to reflect on myself," Kim said. "I think we'll have some tactical changes for the AFC Champions League. Hopefully, our guys will use this competition to get their confidence back." 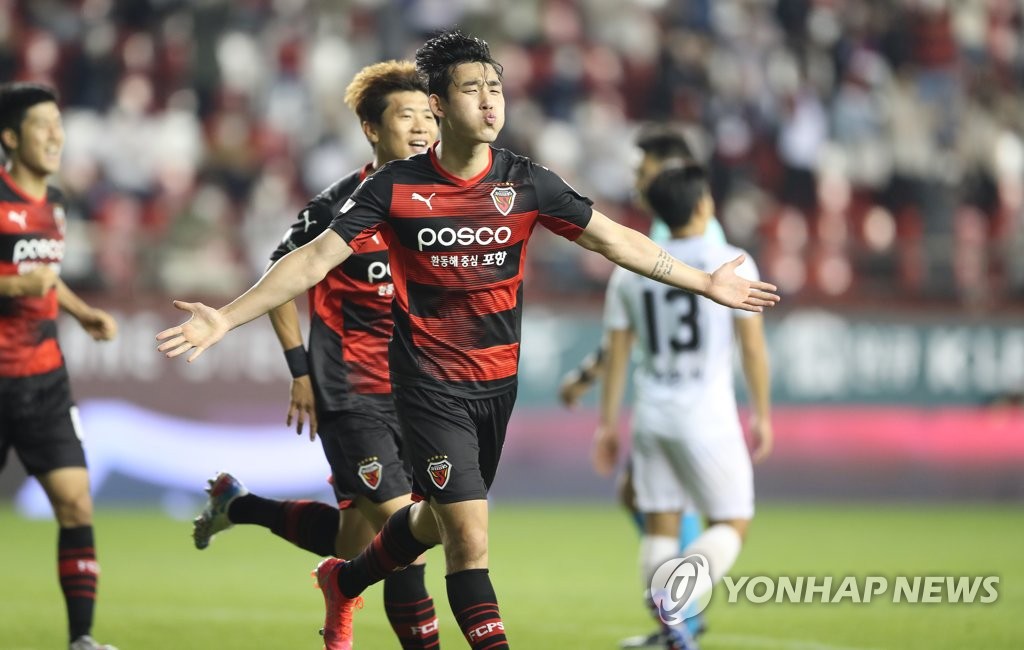 During the tournament, Jeonbuk will lose some young players to the under-24 Olympic team and they also have some injured players. Kim said his backline is particularly banged up, and he will need to lean on his offense to carry the day.

Jeonbuk have the most potent offense in the K League 1 with 34 goals in 18 matches.

"We'll have to score a lot. (Stanislav) Iljutcenko has been playing great, and Gustavo has been chipping in goals as well," Kim said. "If we can put in a few goals, it will lift the pressure off our defenders."

Jeonbuk are one of four K League 1 teams in action at the AFC event. Pohang Steelers will kick things off in Group G next Tuesday. They'll face Nagoya Grampus of Japan, Johor Darul Ta'zim of Malaysia and Ratchaburi Mitr Phol of Thailand.

All Group G matches will be played in a Bangkok bubble. 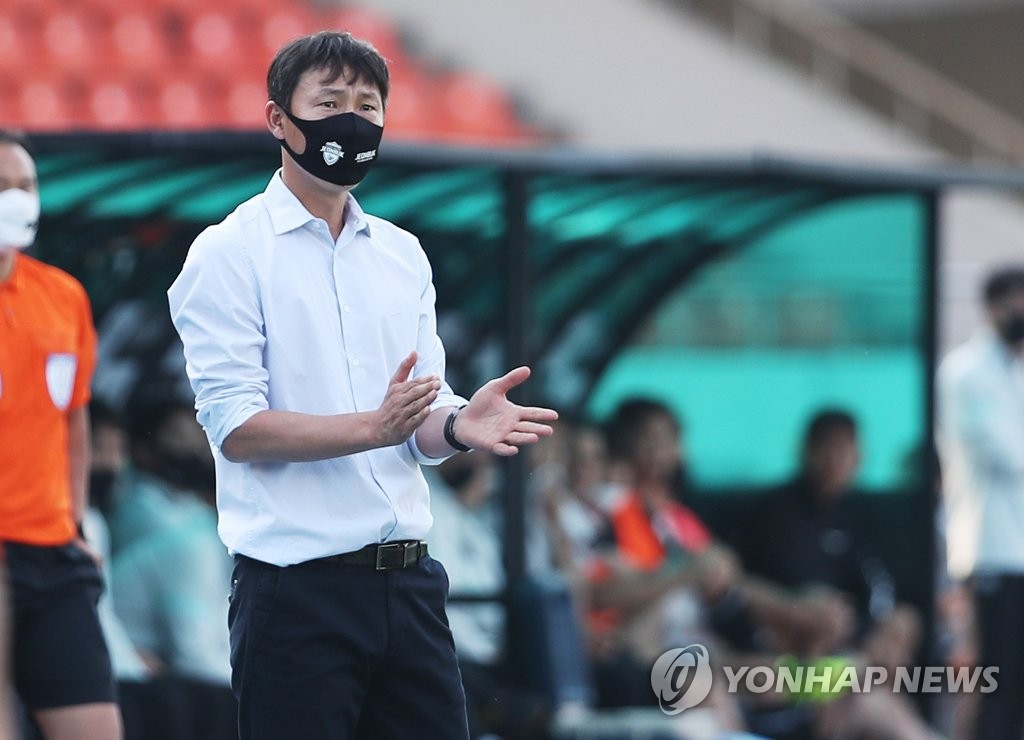 "We want to show that the K League is on a different level than everyone else," said Kim, whose club has reached the first AFC Champions League group stage since 2016.

The tournament expanded to 40 teams starting this year, up from 32. That has opened the doors for some overmatched teams to sneak into the group stage.

Though Pohang and Nagoya appear to be favorites from the group, Kim said his players shouldn't let their guard down.

"When we take on strong teams, the players usually get themselves prepared mentally. But against underdogs, they can take their foot off the pedal," Kim said. "I told them there are no easy teams in the group, and that we have to execute our game plans and not get too cocky."

Pohang are currently in fifth place in the K League 1, and Kim said he wants to be "realistic" about his team's goal at the AFC event.

"If we set our goal too high, it's going to put too much pressure on the players," Kim said. "For now, we want to make it to the round of 16."

There are 10 groups of four, and five groups each represent the West Region (Groups A-E) and the East Region (Groups F-J). The 10 group winners and three best runners-up from each region will reach the round of 16. 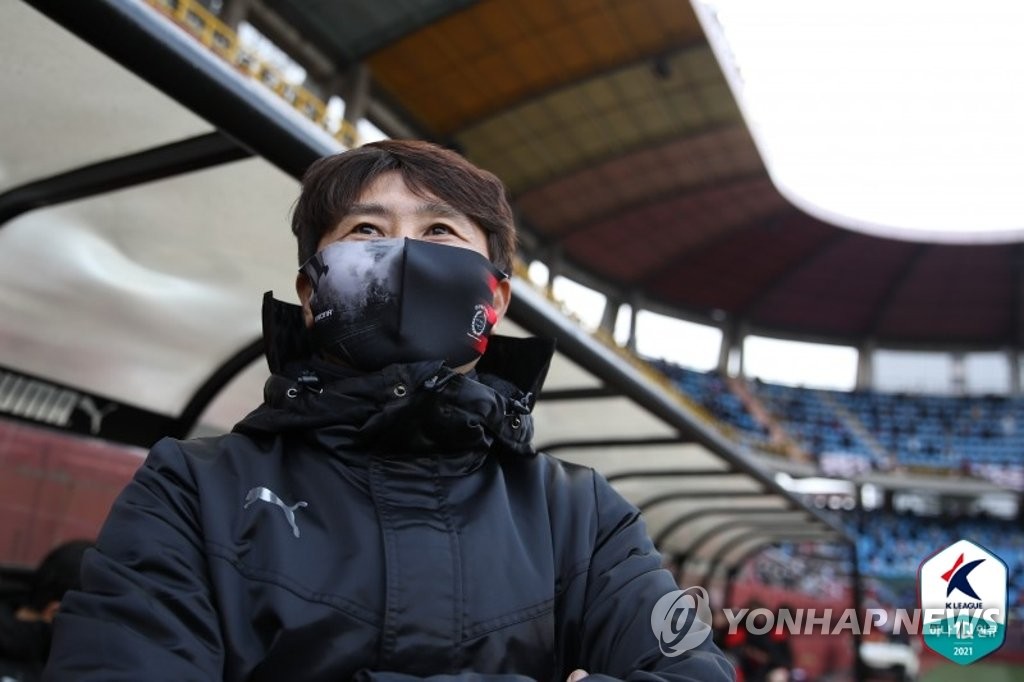