SEOUL, June 16 (Yonhap) -- The new U.S. special representative for North Korea, Sung Kim, is expected to visit Seoul later this week for talks not only with his South Korean counterpart, but also for a trilateral session involving the Japanese nuclear envoy, a foreign ministry official said Tuesday.

Kim is expected to arrive on Saturday for a five-day visit, the official said. It will mark his first visit to South Korea since taking over as Washington's chief nuclear envoy. President Joe Biden announced Kim's appointment after summit talks with President Moon Jae-in last month.

"We're fine-tuning the schedule of U.S. Special Representative for North Korea Sung Kim visiting from June 19-23," the official said. "The purpose of the visit is aimed at swiftly carrying out the agreement reached between President Moon and President Biden."

After his first in-person summit with Moon in Washington on May 21, Biden stressed the willingness to engage diplomatically with Pyongyang to take pragmatic steps toward denuclearization of the Korean Peninsula.

While Kim is in town, Japan's nuclear envoy, Takehiro Funakoshi, is also scheduled to visit South Korea, and the three countries are discussing a plan to hold a trilateral meeting of their chief nuclear envoys, the official said.

Kim is not expected to visit the border village of Panmunjom during the upcoming trip, he said.

Kim's appointment came after the Biden administration completed its months-long review of policy on the North and said it would pursue a "calibrated, practical approach" to denuclearize Pyongyang.

He concurrently serves as U.S. ambassador to Indonesia. 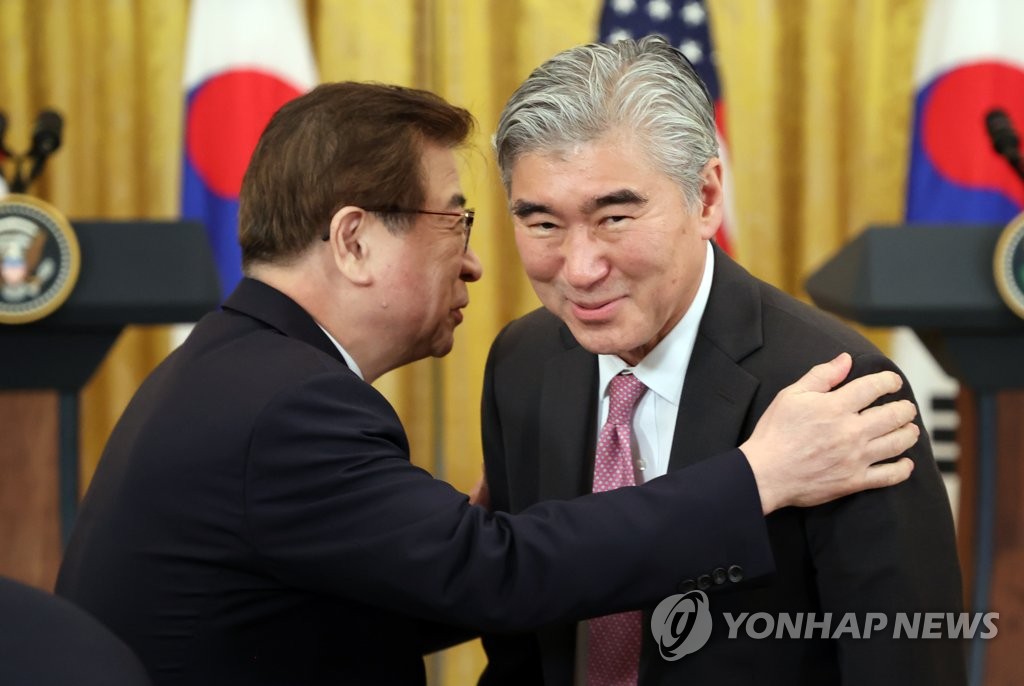