SEOUL, June 17 (Yonhap) -- South Korea's daily new coronavirus cases remained in the 500s for the second day Thursday as the country aims for a wider vaccination rollout to people aged under 60 and priority groups starting next month.

The latest tally is similar to 545 cases Wednesday, sharply up from 373 on Tuesday. The country added one more death, raising the death toll to 1,994. 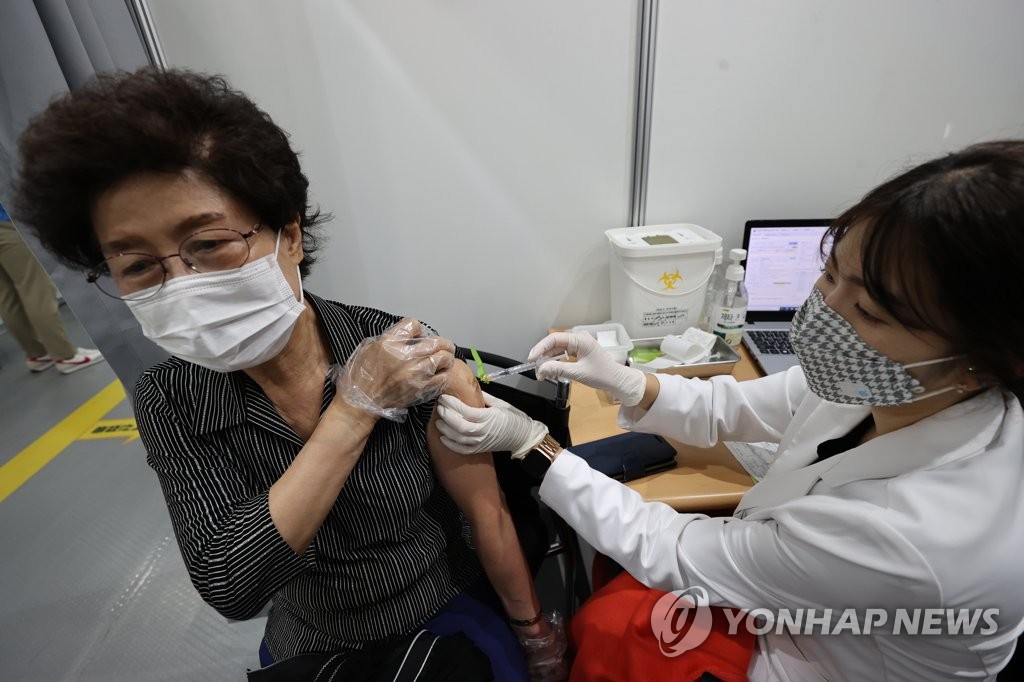 The daily caseload has been between the 300s and the 700s in recent months without signs of letting up due to sporadic cluster infections.

Currently, the greater Seoul area, Daegu and Jeju Island are under Level 2 distancing, the third highest in the country's five-tier system, while other regions are under Level 1.5, with nationwide restrictions on private gatherings of five or more people.

Under the revamped four-tier scheme, authorities plan to ease business curfews, with restaurants in the capital area likely to be permitted to operate until midnight, an extension from the current restrictions until 10 p.m.

The country's vaccination campaign has shifted into higher gear, with inoculations topping 14 million.

As of 12 p.m. Thursday, more than 14 million people received their first shots of COVID-19 vaccines, accounting for over 27 percent of the 51.3 million population.

Authorities said the country will expand its vaccination program to age groups under 60 from July, with a target of inoculating 36 million, or around 70 percent of the population, with one jab by September to achieve herd immunity in November.

People in their 50s will receive their first shots in late July and those aged between 18 and 49 in mid-August, the KDCA said.

Health authorities said they will also allow combining AstraZeneca and Pfizer vaccines in two-shot regimens among some groups next month to boost efficacy.

The KDCA said a total of 10 million doses of vaccines are scheduled to arrive here in July alone. 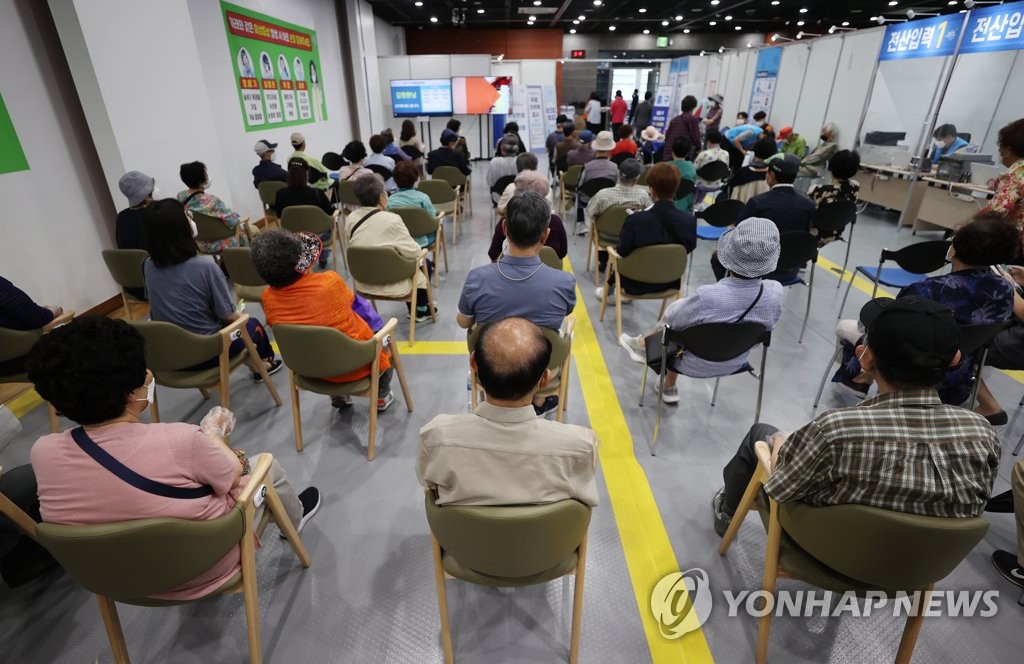 Moderna's vaccine completed its approval process Tuesday and is set to be given to medical workers aged below 30.

The country also plans to introduce the vaccine from Novavax once its approval process is complete.

The country also reported its first blood clotting death after a vaccination a day earlier.

A man in his 30s died after being confirmed to have the very rare side effect, called thrombosis with thrombocytopenia syndrome (TTS), following an inoculation with the AstraZeneca vaccine on May 27.

The KDCA said it plans to review the case with experts.

"We will closely analyze the treatment and diagnosis process to make necessary improvements," said Jeong Eun-kyeong, the commissioner of the KDCA, at a briefing.

"As for age groups that will be administered with AstraZeneca's vaccines ... we have to review investigation results of side effects and the rate of TTS events to assess whether vaccination standards need to be changed," she said.

South Korea currently administers AstraZeneca vaccines to those aged 30 or over, as of April, following concerns over the side effect in younger age groups.

Of the 523 newly confirmed locally transmitted cases, 199 came from Seoul, 181 from Gyeonggi Province and 17 from Incheon, 40 kilometers west of the capital.

There were 17 additional imported cases, raising the total to 9,430.

The total number of people released from quarantine after making full recoveries was 141,029, up 591 from a day earlier.