Seoul Mungo, the company behind the bookstore chain, sent an emergency letter notifying the bankruptcy to members of a local publishers' association on Wednesday. The company reportedly failed to pay a promissory note due the previous day.

"(I) understand that Seoul Mungo failed to pay a 160 million won (US$141,718) promissory note," an official from the Korean Publishers' Association said. 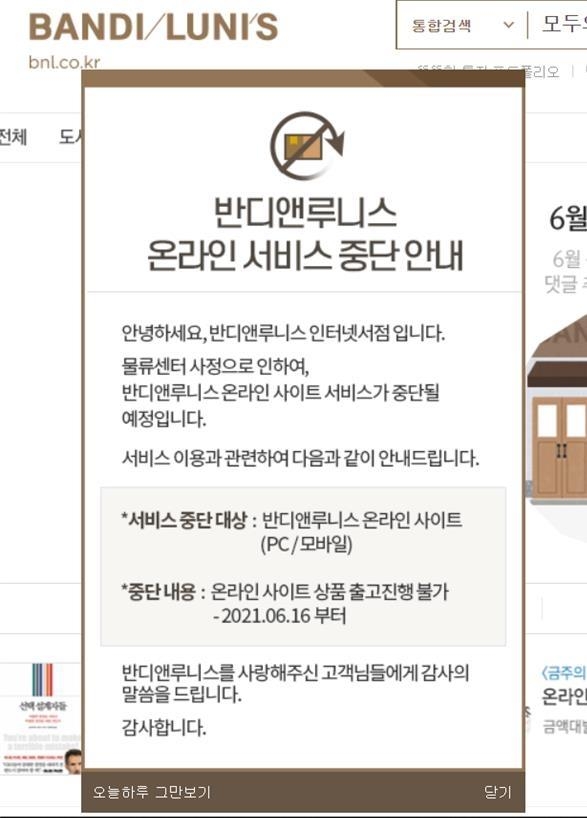 Bandi & Luni's has also posted a notification on its website telling customers that orders will no longer be available from its online and mobile channels.

Industry officials said they plan to meet with company officials to discuss ways to minimize damage and handle the remaining stock.

The bankruptcy comes as bookstores that run in-person stores are increasingly suffering from a slump in sales amid the new coronavirus pandemic.

Bandi & Luni's had also closed down some of its retail outlets due to the pandemic. As of Wednesday, the company had eight stores across the capital, excluding its headquarters and logistics center.

In terms of combined revenue, including sales from both online and in-person channels, it is the sixth-biggest franchise after Kyobo, Yes 24, Aladin, Interpark and Youngpoong.