After freezing its key rate at near zero at a policy meeting, the Fed signaled an earlier-than-expected rate increase in 2023 as U.S. inflation is rising amid an economic recovery. The U.S. central bank also hinted it began discussing when to taper bond-buying programs. 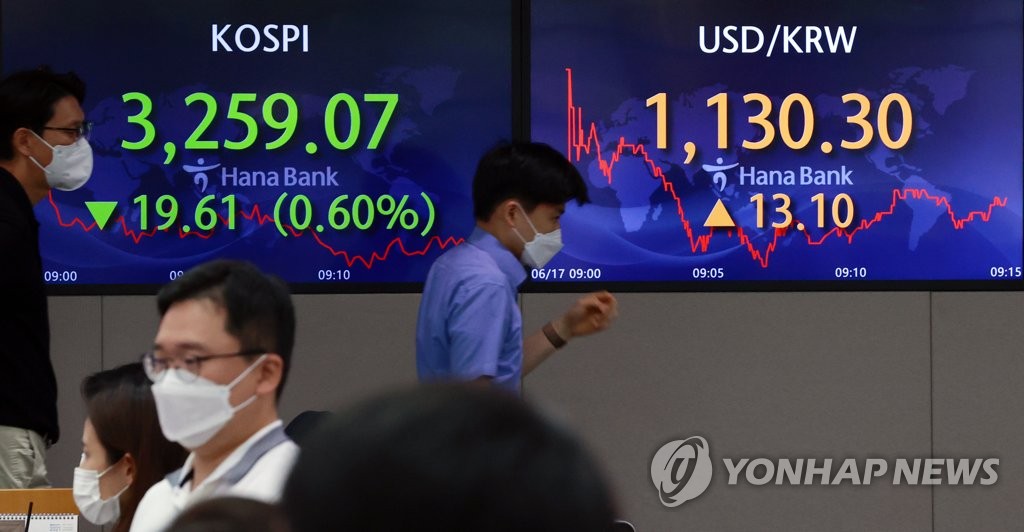 "The government has sufficient policy room to cope with (potential market volatility) in times of an emergency situation," Lee said at a government meeting on macroeconomic situations.

The official said the government will not lower its guard against financial market situations as growing inflation concerns and possible rollbacks of easy monetary policy by major economies could sharply increase market volatility.

The Bank of Korea (BOK), the country's central bank, said it plans to take steps to stabilize the financial market if needed.

The country has beefed up its capability to secure FX liquidity in a bid to brace for unexpected market routs.

South Korea's FX reserves rose to a record high of US$456.4 billion in May, up $4.15 billion from the previous month, according to central bank data.

The BOK and the Fed agreed Wednesday to extend their $60 billion currency swap agreement by another three months through Dec. 31.

The two nations opened the swap line in March 2020 and have extended it twice in a bid to help ease potential FX liquidity shortage amid the pandemic.