SEOUL, June 17 (Yonhap) -- Rep. Ryu Ho-jeong of the progressive minor Justice Party has taken a bold step in her campaign to liberalize strict regulations on tattooing: revealing her back full of erasable tattoos in a purple dress.

Ryu delivered the performance during a joint news conference with a group of tattooists at the National Assembly on Wednesday, to promote a bill she proposed last week.

"Tattoos you can easily see on the streets are still illegal," she said, claiming a decades-ago court ruling that has prohibited tattoos by non-medical people is "too old for South Korea in the year of 2021." 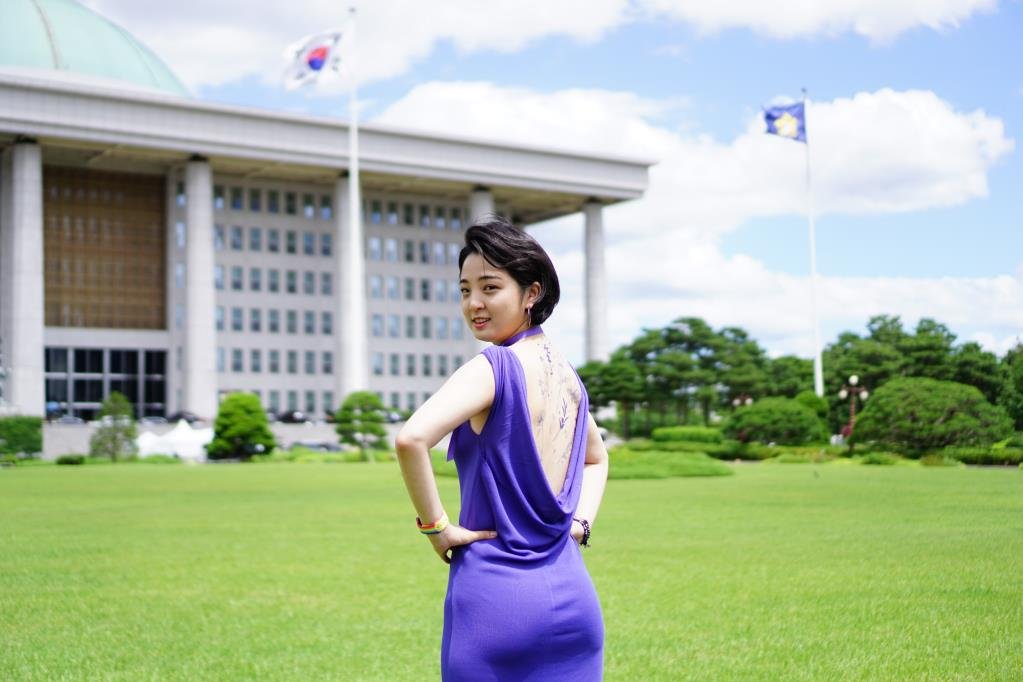 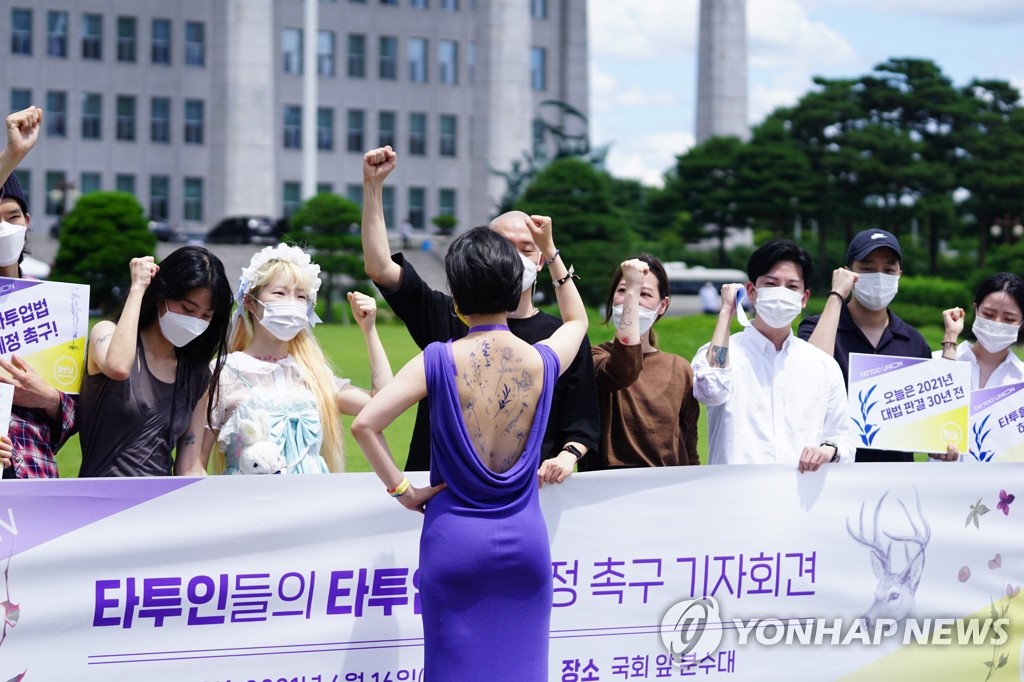 In Korea, tattooing itself is not illegal but should be only conducted by professional doctors.

Ryu's bill seeks to create a licensing system that allows licensed non-medical workers to perform body art on other people. 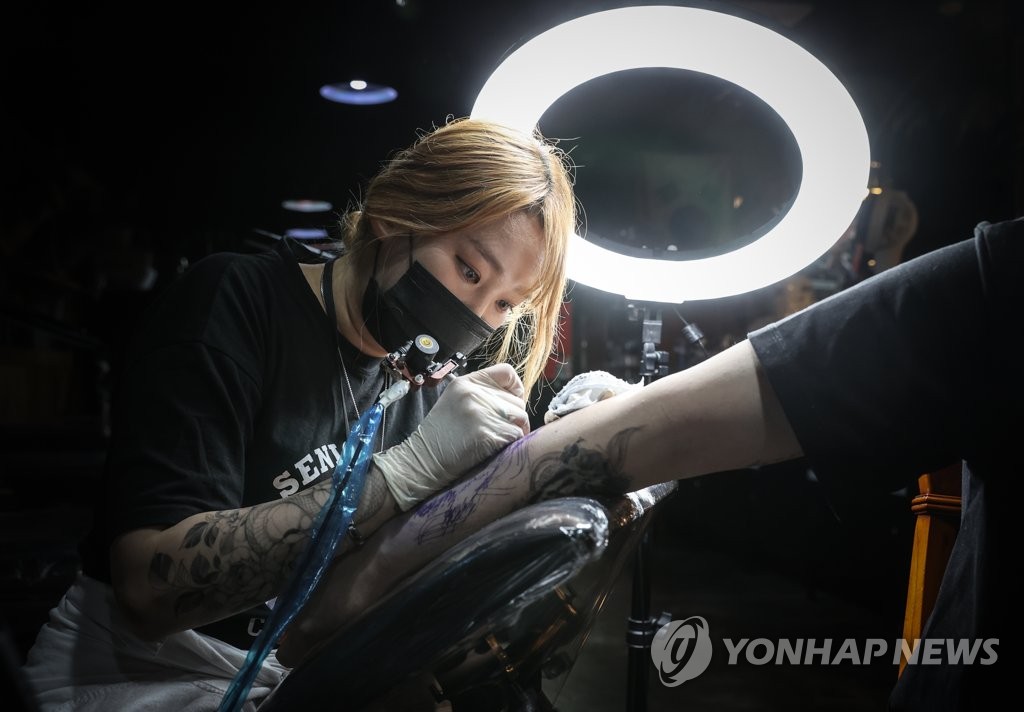 Ryu said some may admonish her for such a performance. "But lawmakers exist to do things like this," she said.

Ryu, 28, is one of the youngest legislators in Korean parliamentary history. She has often drawn controversy for unconventional moves, such as wearing a red mini dress during a National Assembly session.

"I will speak for people who have been oppressed by social and cultural prejudices and become a sandbag to withstand the consequent counteractions," she said.

"It is OK if some people feel uncomfortable with tattoos because I believe they will not use their discomfort to infringe upon others' freedom."