Trading volume was moderate at about 1.8 billion shares worth some 14.4 trillion won (US$12.7 billion), with losers outnumbering gainers 495 to 335. 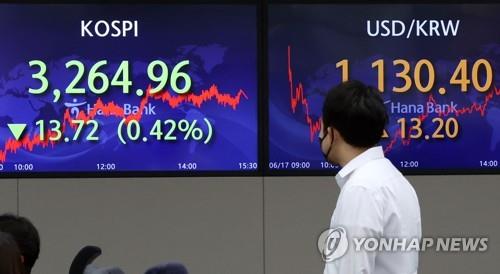 Overnight, the Dow Jones Industrial Average fell 0.77 percent, with the Nasdaq Composite and the S&P 500 down 0.24 percent and 0.54 percent, respectively.

"The steeper-than-expected recovery prompted the Fed to start discussing the rate hikes -- going a step further from simply scaling back its asset-buying program," she said.

Kakao, the operator of the country's top mobile messenger, rose to finish at a new record at 148,000 won, up 3.5 percent.

The local currency closed at 1,130.4 won against the U.S. dollar, sharply down 13.2 won from the previous session's close on the Fed's strong signal about the faster-than-expected rate hike. 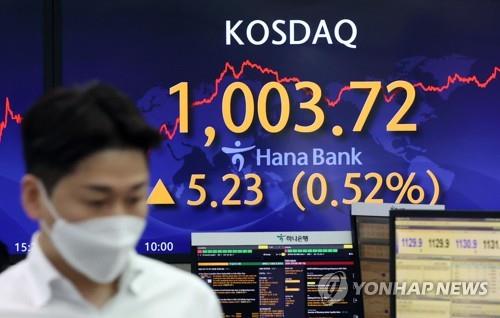 Bond prices, which move inversely to yields, closed lower. The yield on three-year Treasurys rose 4.1 basis points to 1.327 percent, and the return on the benchmark five-year government bond added 2.4 basis points to 1.710 percent.