BARCELONA, June 17 (Yonhap) -- President Moon Jae-in on Thursday expressed hope for South Korean and Spain to form closer and more active ties in the tourism sector going forward, with the countries having decided to extend a bilateral travel exchange campaign that was canceled due to the pandemic.

Moon, travelled to Spain for a three-day state visit, attended a South Korea-Spain tourism industry roundtable event held at the mountain-side monastery of Montserrat in Catalonia, north of Barcelona.

At the event, the two governments signed a memorandum of understanding to extend their bilateral tourism promotion campaign, which was initially designated for 2020-2021 but canceled due to the pandemic, by one year.

"International cooperation on travel and tourism is not only a way of resuscitating the tourism industry but is also a catalyst in the recovery of people's everyday lives," Moon said.

He also hoped that the two countries would see more active exchange and cooperation in the tourism industry when the COVID-19 situation stabilizes. 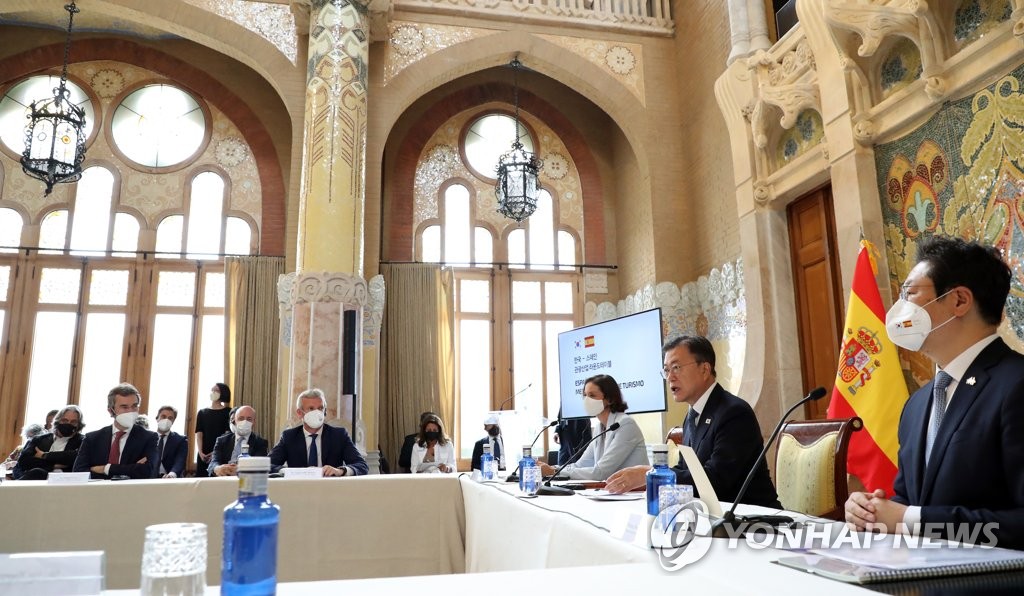 Moon explained how tourism is a major contributor to the two nation's economies, accounting for 12 percent and 2.5 percent of Spain and South Korea's gross domestic production, respectively, and emphasized that resumption of the leisure businesses can "speed up the recovery of the global economy."

While mentioning sustainability and green transformation of the tourism industry, Moon also stressed the importance of finding ways for mankind to become more happy through travel, based on the "principle of striving for coexistence between humans and nature." 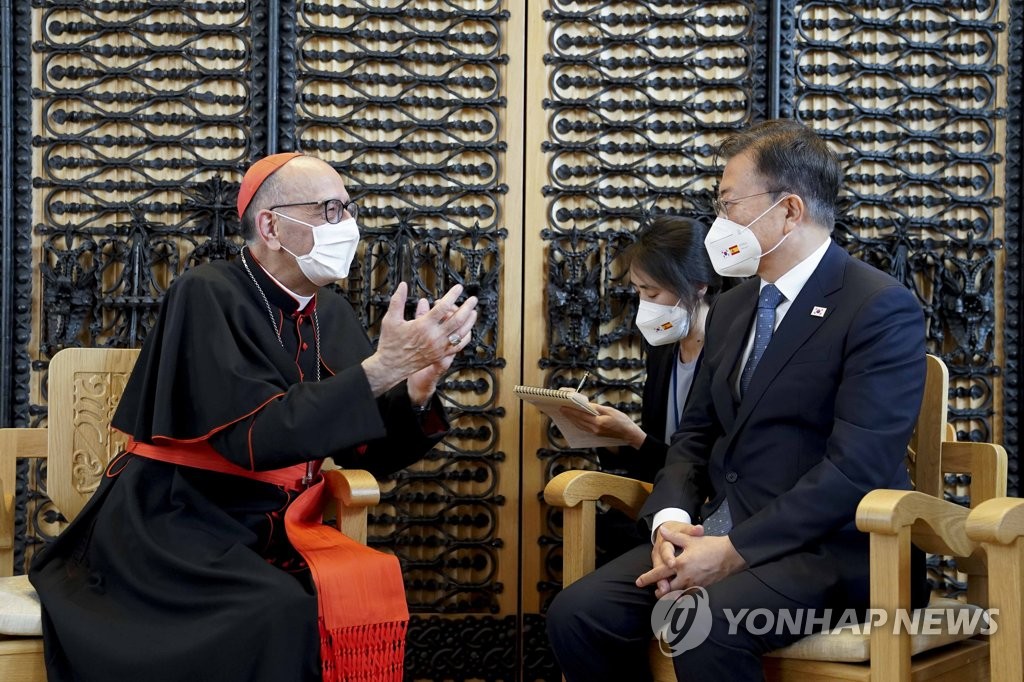 There, he spoke with Cardinal Juan Jose Omella, archbishop of Barcelona, and shared the news of the appointment of archbishop Lazzaro You Heung-sik as the new prefect of the Congregation for the Clergy of the Holy See.

The cardinal replied by saying that he will pray for the peace of the Korean Peninsula and for the well being of Moon's family and all Catholics in South Korea.

Spain is the last leg of Moon's weeklong Europe tour that also took him to Britain and Austria. He is scheduled to return to home Friday. 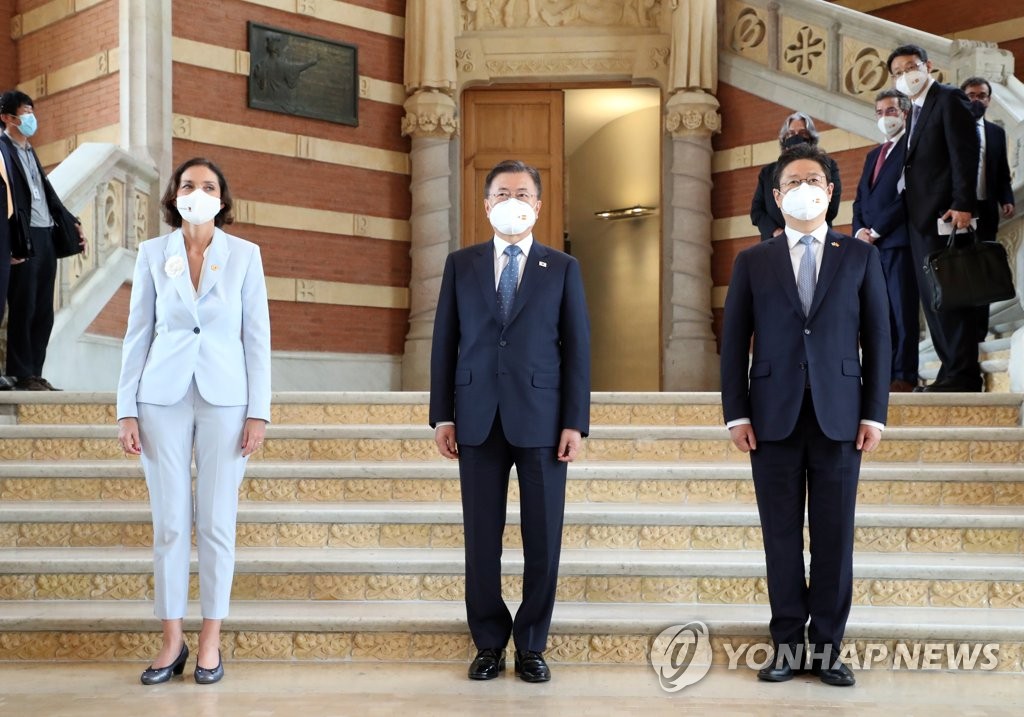 New cases over 2,000 for 2 straight days amid upsurge worries after Chuseok holiday