ICHEON, South Korea, June 17 (Yonhap) -- A fire at a distribution center run by Coupang Inc., a South Korean e-commerce giant, continued to burn late Thursday after the blaze erupted and engulfed the building in flames, as firefighters struggled to put it out, officials said.

The fire broke out at 5:20 a.m. due to a spark from a power outlet in one of the basements of the four-story, 127,178-square meter Deokpyeong Logistics Center in Icheon, about 80 kilometers south of Seoul, authorities said.

Firefighters had brought the blaze under control about 2 hours into the firefighting work, but the fire suddenly began to rise again from the inside, prompting the fire crew to evacuate.

A 52-year-old firefighter has not made his way out. Four others escaped, with one being sent to hospital with dehydration.

"We believe that there were a lot of flammable materials near the fireman and they suddenly fell down, causing flames and smoke," an official said.

On-site responders are trying to rescue the trapped firefighter

Authorities are concerned that the building could collapse, given that the fire has been ablaze for a prolonged period.

The accident is expected to cause considerable delays to the deliveries of the e-commerce company known for its speedy "Rocket Delivery" service that reaches destinations within 24 hours. The Deokpyeong distribution center is known as Coupang's biggest warehouse that mainly handles non-perishable products. 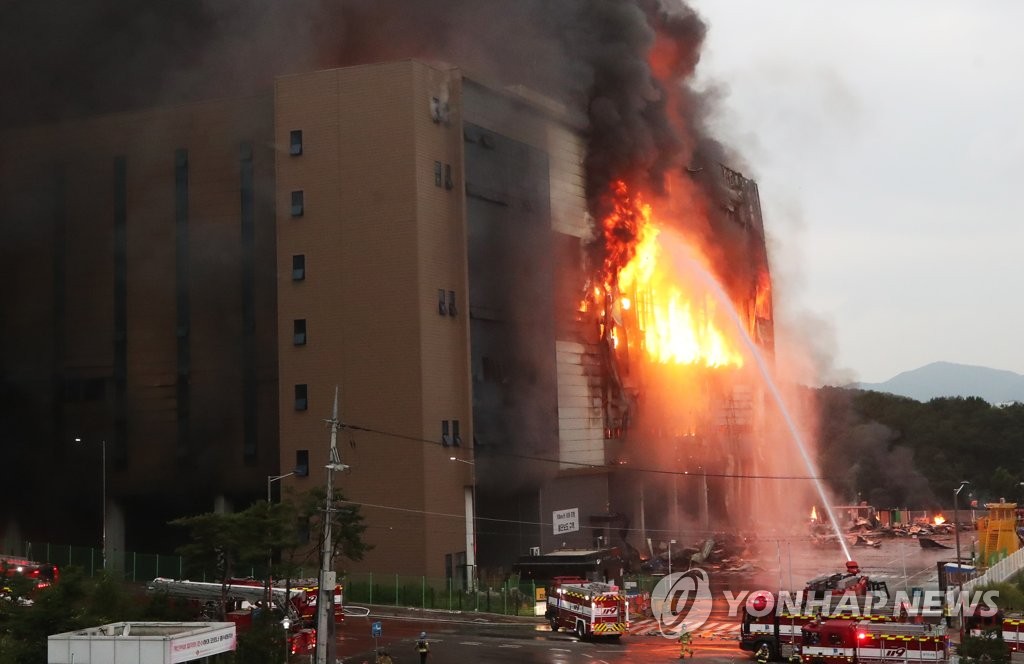