Firefighters said they are currently using water cannons to put out the fire out of concern it could soon bring the building down. 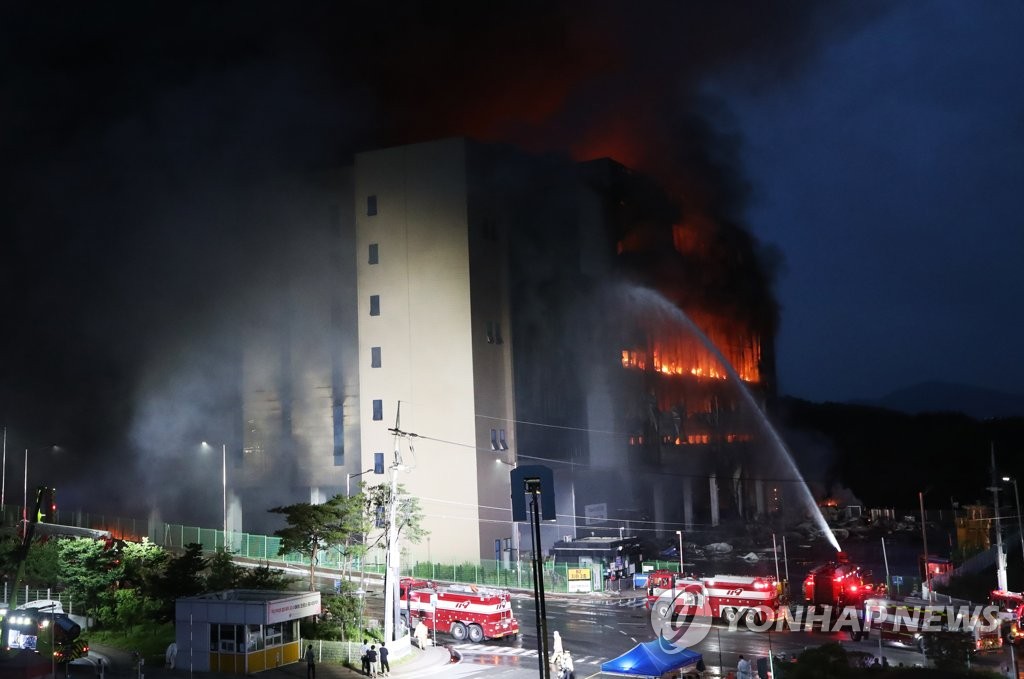 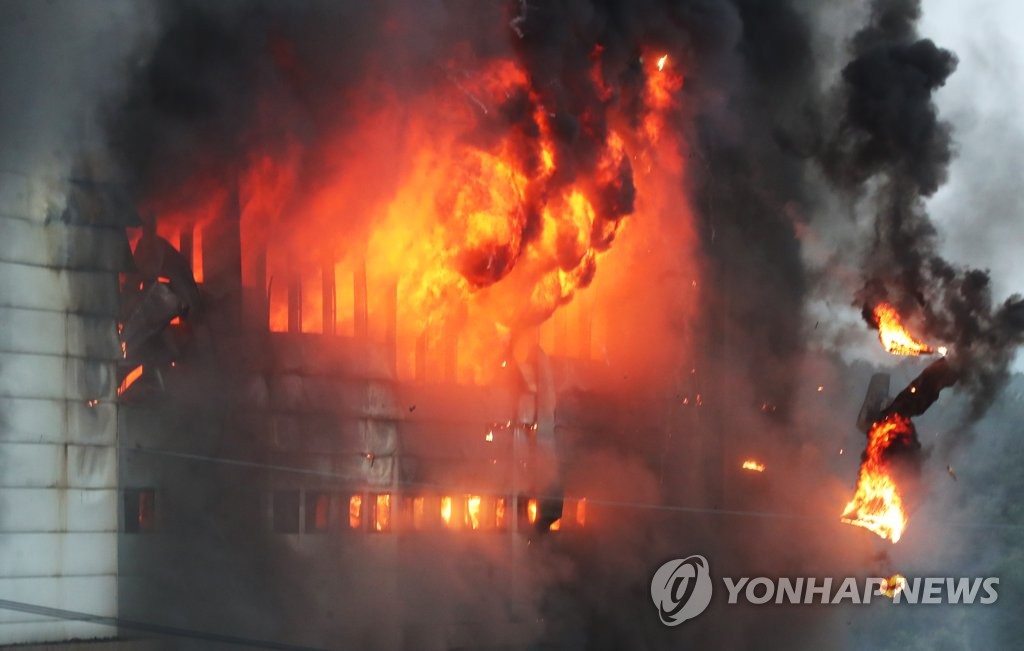 Fire at Coupang warehouse rages for over a day, 1 firefighter trapped

Fire at Coupang warehouse rages for over a day, 1 firefighter trapped