SEOUL, June 18 (Yonhap) -- The delivery workers union struck a deal Friday with the national postal service, ending labor disputes and opening a way for a safer working environment for couriers.

The Korea Post accepted the demands by the Parcel Delivery Workers' Solidarity Union that its couriers will be exempt from sorting parcels starting Jan. 1, 2022. Under the agreement, the two will ask the Board of Audit and Inspection (BAI) to provide consultation on sorting fees and also agreed to form a consultative body if they fail to reach an agreement through the BAI.

The details of the final agreement will be announced sometime next week. 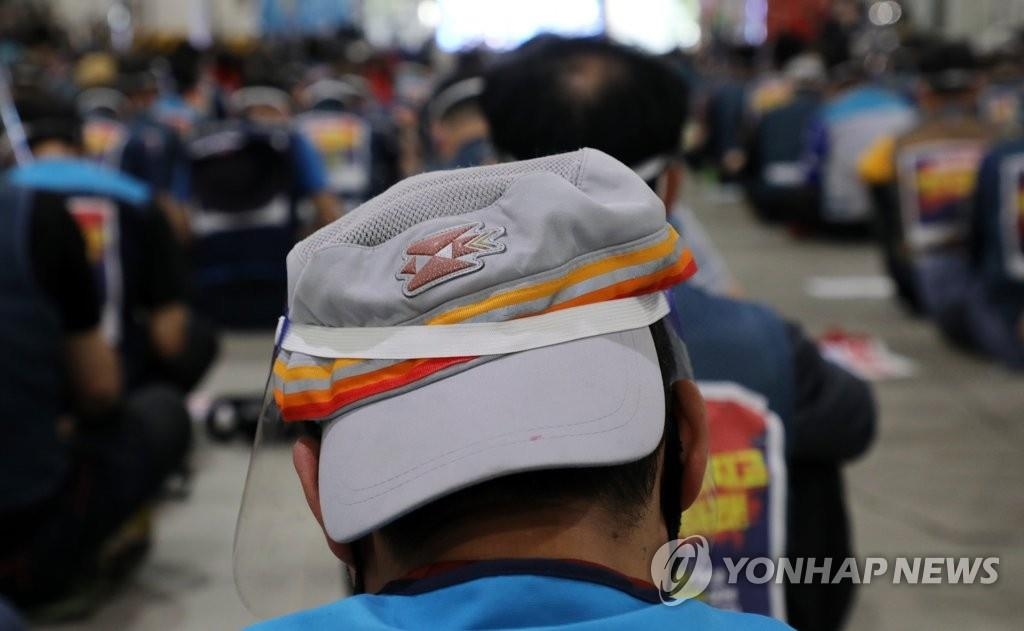 Under the deal, delivery workers, starting Jan. 1, will be barred from sorting parcels, a lengthy and exhausting job that was blamed for overwork and work-related deaths, and that they work no more than 60 hours a week.

But the deal stopped short of a complete agreement as the Korea Post balked at it.

Postal service workers, who take up more than a majority of the union, have been complaining that the state-run company has demanded excessive parcel delivery from its workers and shifted the responsibility for work-related accidents to workers.

On Thursday, the union threatened to stage a hunger strike unless the government takes the lead in solving the issue. 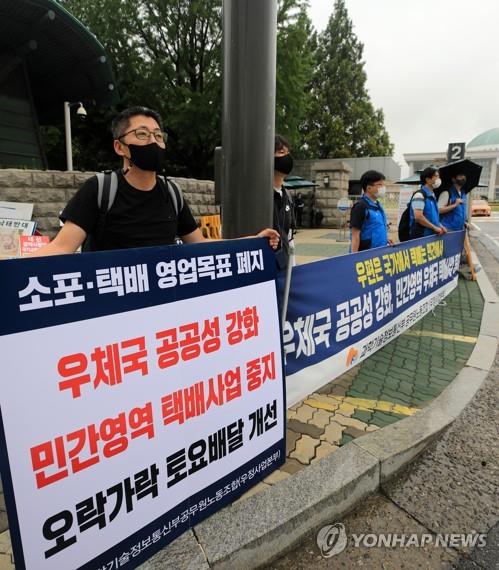 The union launched a walkout last Wednesday after talks with the government and logistics firms on implementing a January deal fell through. They also staged an overnight strike in Seoul earlier this week, which was timed with the resumption of the meeting over the implementation of overwork prevention measures.

Under the January deal, the companies had agreed to provide extra workers to sort parcels and take other steps to ease the burden on couriers. The agreement also calls on logistics firms to pay for sorting operations and to work to automate the job.

The deal was reached after 16 delivery workers died last year apparently due to overwork.